145 paintings by JC Hall, inventor of 'lineillism,' will be sold by his estate this summer 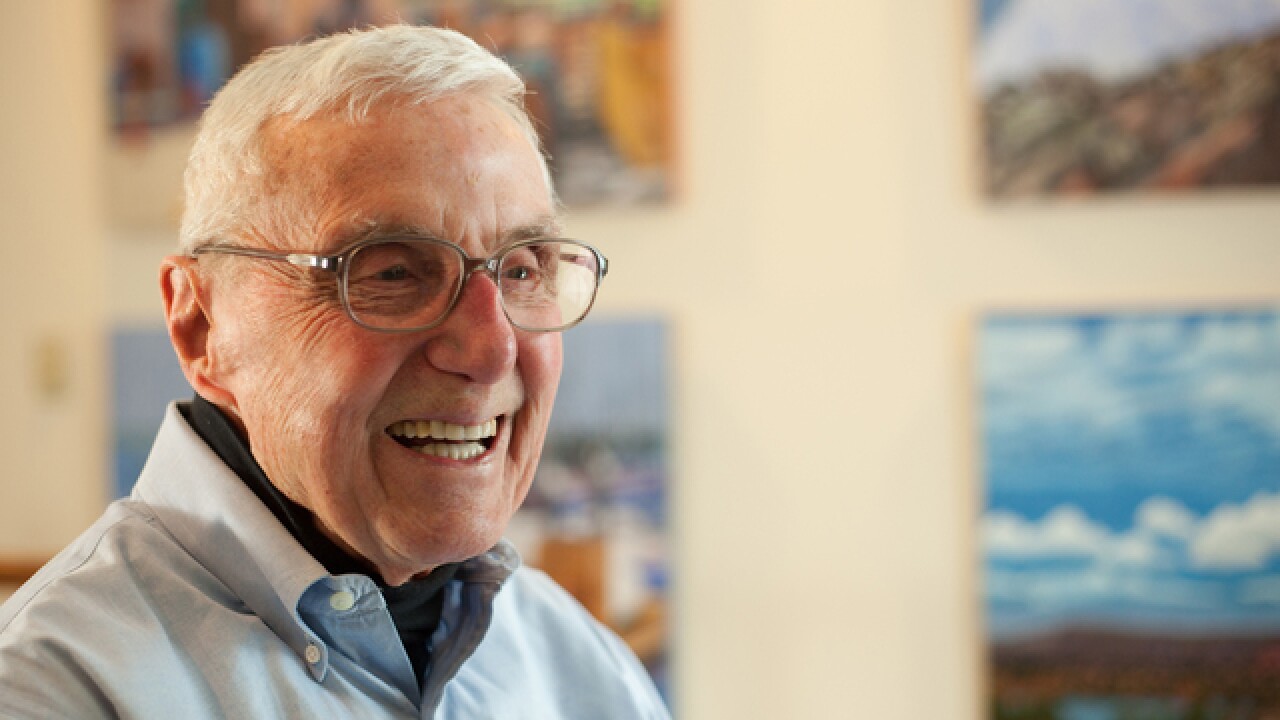 Copyright 2018 Scripps Media, Inc. All rights reserved. This material may not be published, broadcast, rewritten, or redistributed.
Provided
<p>Artist James C. Hall is known for a new form of Impressionist art called lineillism.</p>

"They must have been there, but it does seem strange that we never saw them before," said his son, Mike Hall. He pointed to an angel in a painting in the powder room of the Sharonville home his dad built nearly 30 years ago. "That painting has hung there for years. Never noticed it."

JC Hall, as he signed his paintings, was a lifelong artist who invented a new form of Impressionism called lineillism, which was the subject of an award-winning documentary, " Lines of Sight ," before his death. His estate requests that his paintings be sold to start a nonprofit that will help young people in need.

Since his death, Mike Hall and his wife, Dena, have spent a great deal of time sorting through paintings for a posthumous show and sale of JC Hall's work.

Maybe that explains the angels.

Then again, JC Hall was the kind of brilliant, creative, fun-loving man who would have found a way to make the angels appear -- at just the perfect time -- in life or after.

Born in 1932 in Kentucky, JC Hall started painting early. Mike Hall has paintings from the 1940s done by his father and rescued by his grandmother after JC Hall's dad used them to patch holes in the roof of their farmhouse. An ordained minister by his teens, JC Hall left Kentucky to join the Navy but was injured in basic training. He used the money from his honorable discharge to buy painting supplies and hitchhiked to Santa Monica, California.

Sleeping under a lifeguard stand, JC Hall landed a job at Procter & Gamble, where he met his wife, Joan.

"Dad figured it was time he cleaned up his act and found a place to live," Mike Hall said.

Following a promotion, the family moved to Cincinnati, where Mike and his two siblings were raised. JC Hall, an alcoholic, quit drinking when Mike, his youngest son, graduated high school. Mike Hall said they're still finding sobriety coins around the house.

Through everything, JC Hall painted.

There are the rich green tropical scenes of the 1970s and the geometric watercolor cityscapes of the 1980s. Hand-designed and printed Christmas cards and paintings given as gifts, personalized for the recipients. An ocean scene uses underwater plants to spell out "Mike" and "Dena"; it hung in their house for a year before they noticed.

After 9/11, all of his paintings included a hidden patriotic bit of red, white and blue. A 3D apartment scene, created on a hollow-core door, includes glimpses of miniature paintings and his daughter's favorite comic strip, "Calvin & Hobbes," through cut-out windows.

"When I saw these, I was just overwhelmed by his creativity and his optimism," said Mary Ran, an international fine art appraiser. "He was always trying something new."

JC Hall worked mostly in acrylics and watercolors, but his collection includes one large oil painting, and he often added things to his paints -- sand, for instance -- to create texture. He also cut into canvases and layered things on top of them.

"That thing where you can't touch paintings? That was never true at Dad's shows," Mike Hall said.

And, of course, there are his lineillism paintings.

After a stroke, JC Hall contracted shingles and the virus left him seeing the world in vertical lines -- kind of like a fuzzy TV screen. He was frustrated for a time, "but whenever stress happened, he got really creative," Mike Hall said. Eventually, JC Hall used the "problem" by painting everything he saw in tiny, vertical slashes with a fine-tipped paintbrush. The method is similar to pointilism, a type of Impressionism in which everything is painted with dots.

JC Hall unveiled lineillism at a 2002 art show. In 2016, the documentary about JC Hall and his line-based paintings, "Lines of Sight," was made, and at least one art student was studying the new art form with him.

There are some paintings JC Hall's family can't sell.

"It's like photographs are memories for some people," Mike Hall said. "For us, it's paintings."

But 145 paintings -- the largest are appraised at around $5,000 -- will be sold this summer during a private exhibit at Hall's home in Sharonville. Ran also will show a collection of JC Hall's holiday paintings this winter at her gallery in Hyde Park.

In the foyer of JC Hall's home -- the home where Mike and Dena were married, where they moved to take care of him a few years ago -- there is a painting that orders, "MAKE NEW MEMORIES." It's something Dena told JC Hall after Joan, his wife of 54 years, died.

But first, he's going to try to finish his dad's last lineillism painting.

What: Private showing of JC Hall's work, including 145 pieces