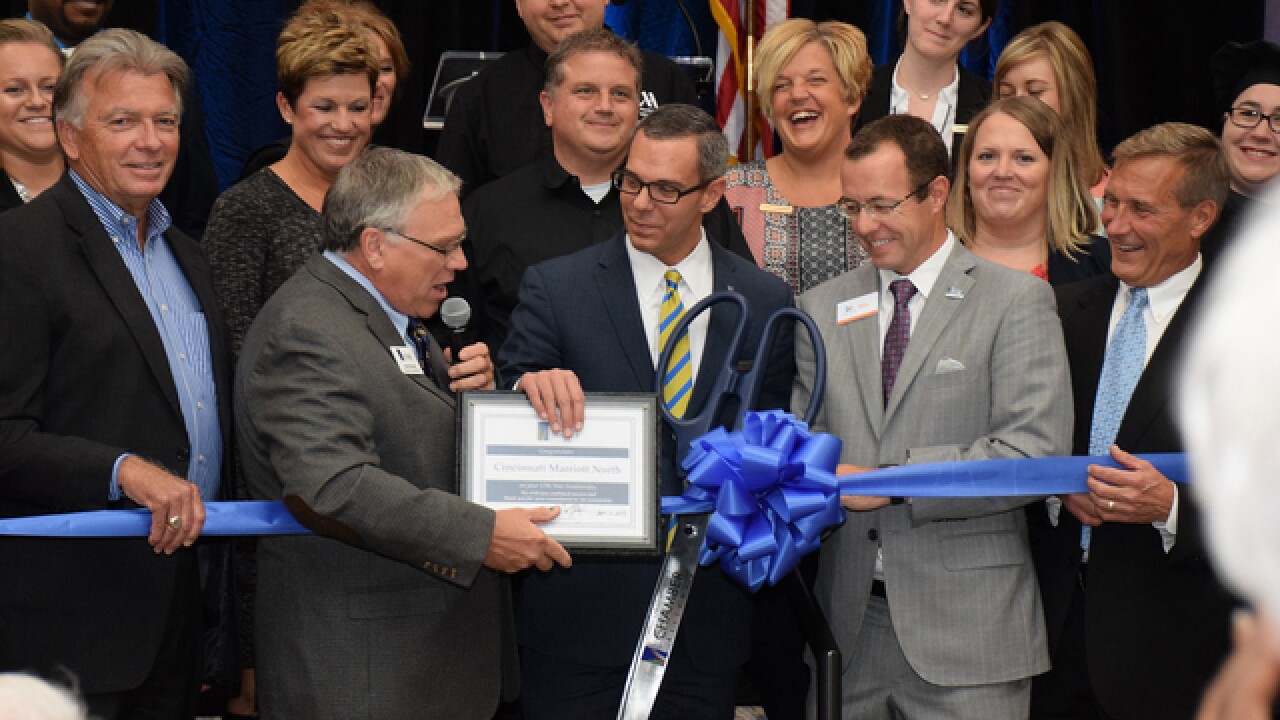 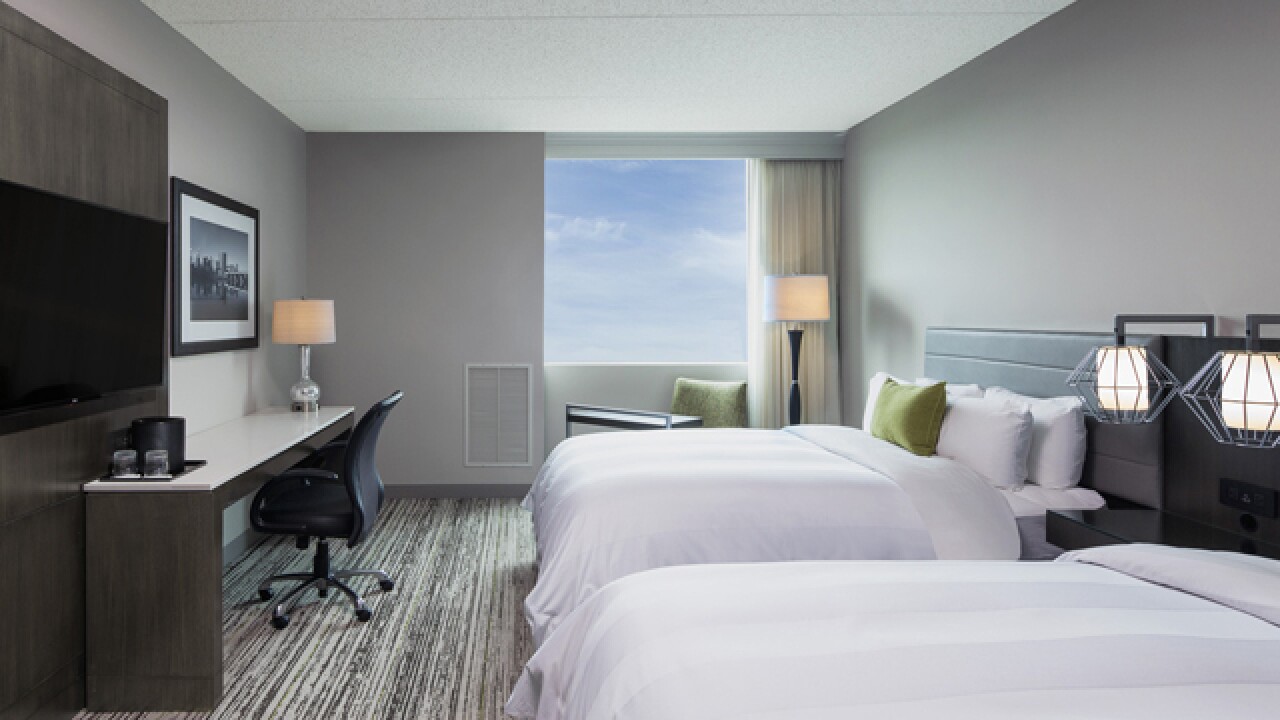 Extensive renovations of three full-service Marriott hotels in Greater Cincinnati have as much to do with a vibrant, growing hotel inventory in the region as they do with a hotel giant just trying to keep pace with an increasingly competitive environment, industry observers say.

Marriott -- along with Hudson Americas, which owns the three, and Pyramid Hotels, which runs them -- plowed $10 million into each site in West Chester Township, Mason and the Cincinnati/Northern Kentucky International Airport and wrapped up the work just recently. Take that, along with a bevy of hotel makeovers and the like in the downtown area recently, and you have the current environment.

"Over a five- or six-year period, you're looking at 1,000 additional hotel rooms," said Yancey Deering, director of communications at the Cincinnati USA Convention & Visitors Bureau. "If you take that by every night, that's a lot of demand that you need to generate. And the hotels are pretty healthy. Even though we've added more, we're not seeing hotel stays drop at other hotels."

Deering points to an actual renaissance at the Renaissance Hotel on Fourth Street, another Marriott property; Homewood Suites and Hampton Inn on Vine Street, by Hilton; and boutique hotels 21c and Autograph as indicators of the segment's health.

"Part of what's really going well for us in the region and in the industry is that growth begets growth," he said. "When we look at where we are in terms of visitor volume and in terms of hotel needs, we're outpacing the national averages."

Nationally, the hotel industry has been enjoying about 7 percent growth in revenue every year since 2009, when it began its rebound from the Great Recession, and was at just over $199 billion in 2016.

In Cincinnati, across the key metrics of occupancy, average daily rate and revenue per available room, the region is up from 2016. That continues a trend that mirrors the national numbers, said Joe Savarise, executive director of the Ohio Hotel & Lodging Association, a trade group.

"I think they (Marriott) are part of a bigger trend that you are seeing where property owners are reinvesting in existing properties with a focus on including more amenities, higher-quality finishes, better guest experiences," Savarise said. "And there's also an effort to make existing properties more energy-efficient and sustainable in terms of the resources they're using. And that is a bigger trend that you're seeing, not just in Cincinnati."

Ryan Minton is general manager of Cincinnati Marriott North in West Chester Township and oversaw the Sept. 11 grand reopening -- 17 years to the day that the hotel opened. He said the renovations at the sites were top to bottom, with everything but the ballrooms upgraded.

"As a Marriott, you have to adhere to their standards, and obviously that requires updates every so often," Minton said. "These hotels sold a few years ago to new ownership and in that sale, part of the agreement was that there would be an update to the hotels.

He said that the properties are essentially two hotels in one, depending on the part of the week. Sunday through Thursday, it's business clientele; Friday and Saturday, it's something quite different.

"I think a lot of people would be surprised to see how many athletic tournaments are in Cincinnati and that people actually travel from out of state to participate in," Minton said, adding that staycations, wedding blocks and weekend getaways are part of the mix as well. "Especially through the summer months, there isn't a weekend that goes by that we're not hosting several teams or a team."

Though AirBnB, HomeAway and other sharing economy options play into the competitive environment, the usual drivers keep big chains like Marriott, with its 366 full-service hotels in the U.S., on its toes.

"The biggest challenge for us is keeping pace with the demands of the corporate traveler and the leisure traveler," Minton said. "Your competition is doing the same thing. Specifically here in Cincinnati, there's a lot of hotel inventory. Just staying with the competition, always being a step ahead, which we're doing."

The Marriotts here have upgraded their concierge lounges to luxury status (a perk to its Marriott Rewards members, known as the M Club) and have recast their restaurants to touch upon the locale, complete with new menus. All used to be the River City Grille. West Chester's is now Butler's Bar & Kitchen; Mason's is now Kirkwood's Bar & Kitchen; and CVG's is named the Boone Bar & Kitchen.

"Consumers are really discerning and demanding," said Savarise. "Since we have high-quality lodging offerings throughout the entire state, properties that are smart are going to make these kinds of investments. Look at what you're competing with in Cincinnati -- from the Netherlands to the Hyatt to the Westin -- it's a really strong market down there. There's an economic underpinning that the market is still strong, and we think there's room for even more in Cincinnati."

These metrics are measured nationally by the firm STR (formerly Smith Travel Research).