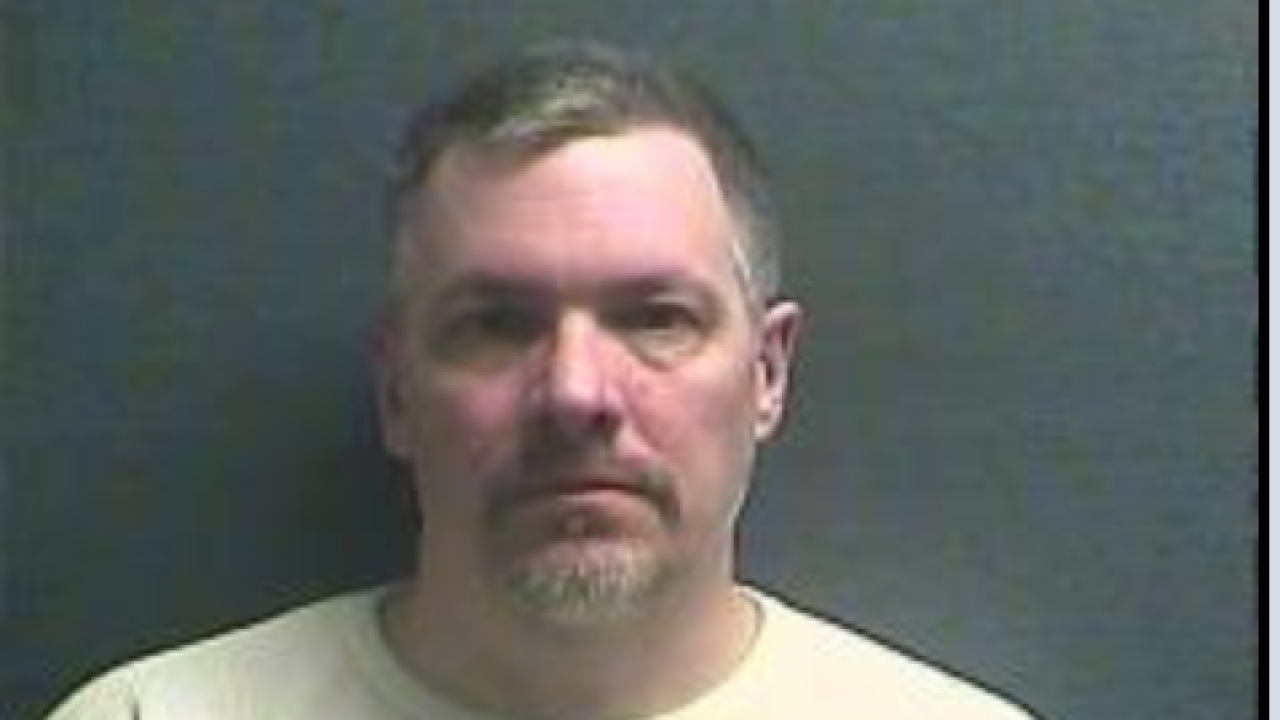 CINCINNATI — A Franklin man accused of driving a church bus into poor neighborhoods in order to meet and sexually victimize young boys pleaded guilty on Monday - the day he was scheduled to face a jury in U.S. District Court in Cincinnati.

Jory Leedy, 49, pleaded guilty to aggravated sexual abuse involving children as young as 9 years old. He took his victims on overnight trips as far away as Florida and Canada, and as close as Kings Island and Crossroads Church, in order to engage in sexual abuse.

By pleading guilty, Leedy avoided a potential life sentence if convicted by a jury. Prosecutors had planned to call witnesses from Leedy’s past to allege a pattern of abuse that goes back 20 years, according to court documents.

Leedy became a registered sex offender after a 2002 conviction for gross sexual imposition in Montgomery County involving an 11-year-old boy who he had met through Big Brothers. He served two years in prison, according to court documents.

A decade later Leedy was a volunteer bus driver for Target Dayton Ministries in 2012, transporting residents of poor neighborhoods to church, when he met two brothers, ages 7 and 8, and their mother, according to court documents.

“A few weeks after meeting the family Leedy, got permission from the mother to start taking the victims to his church, Crossroads, located in Cincinnati," according to a search warrant affidavit from Hamilton County Sheriff’s Department Detective Donald Minnich. "The boys would be picked up every Sunday morning and then dropped off later Sunday evening. Leedy also began taking the victims on trips to the zoo, Kings Island, Reds games and other places for the day.”

Leedy bought the family a car, paid part of the family’s rent, helped the boys enroll in East Dayton Christian School and took the boys on frequent trips to Florida, North Carolina, Georgia and New Jersey, according to Minnich’s affidavit.

In September 2015, Leedy and the boys’ father got into an argument over whether Leedy was overstepping his bounds with the boys.

“The argument turned confrontational and Leedy called the Fairborn Police,” according to Minnich’s affidavit. “The officer at the scene advised the parents of Leedy’s true identity and that he was a registered sex offender.”

Leedy had provided the family with a fake name, according to a press release from U.S. Attorney Ben Glassman's office.

Afterward Greene County Children Services interviewed the boys twice at Michael’s House Child Advocacy Center and the boys described repeated sexual abuse each time they traveled to a hotel, according to Minnich’s affidavit.

The boys were expected to testify at trial by two-way closed circuit television, according to court documents.

Leedy, who worked for 10 years in graphic design and building mobile applications, lived with his parents in Franklin. He had insisted that he was simply trying to help the boys, according to court documents.

“When Mr. Leedy first met this family, he found the children more or less neglected by their alcoholic parents. Thus, Mr. Leedy provided financial and other support to the children and the family over those two years,” Leedy’s attorney, Kevin Tierney, wrote in a motion to dismiss the indictment. “The children’s parents carried out a threat they had been making to Mr. Leedy for some time if he did not do as they wished: They contacted children’s services and had their children report alleged sex abuse by Mr. Leedy.”

After Leedy was first indicted in April 2016, authorities interviewed a third alleged victim who claimed he was sexually victimized by Leedy as a young boy during trips to Canada for hockey games between 1999 and 2001, according to court documents.

No sentencing date has been set for Leedy before U.S. District Court Judge Timothy Black. Prosecutors recommend that he serve 30 years in prison.