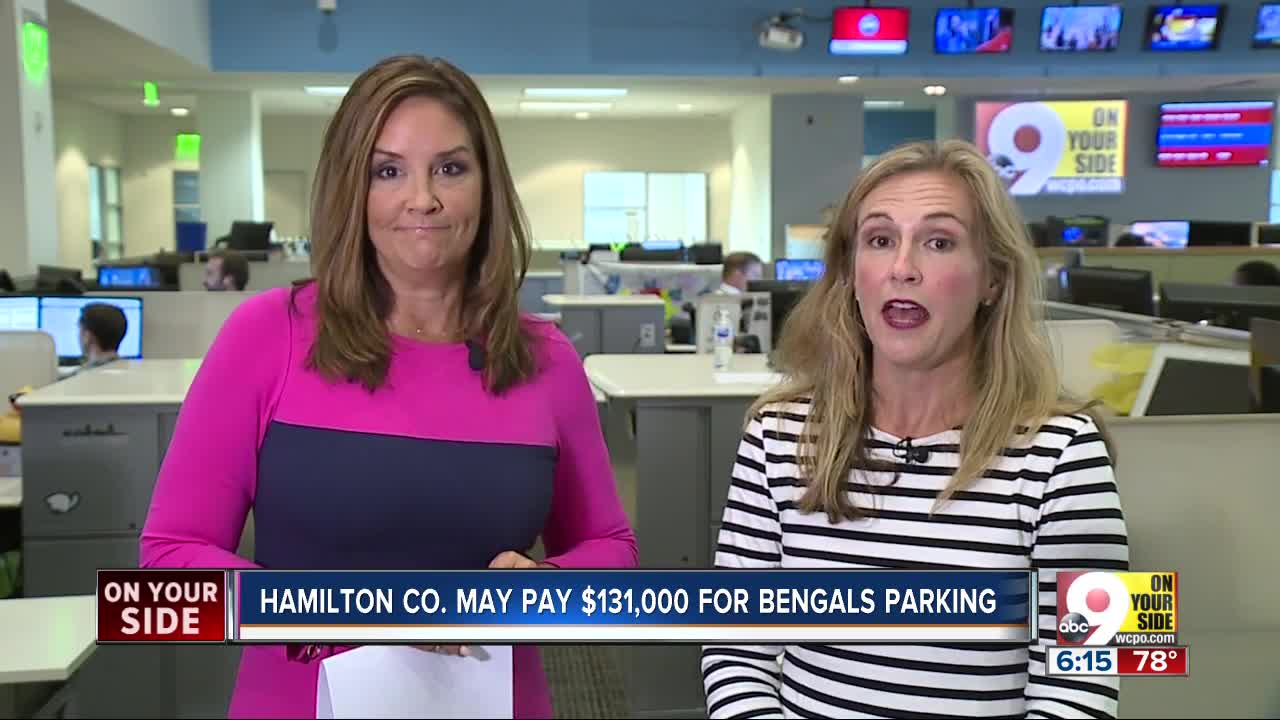 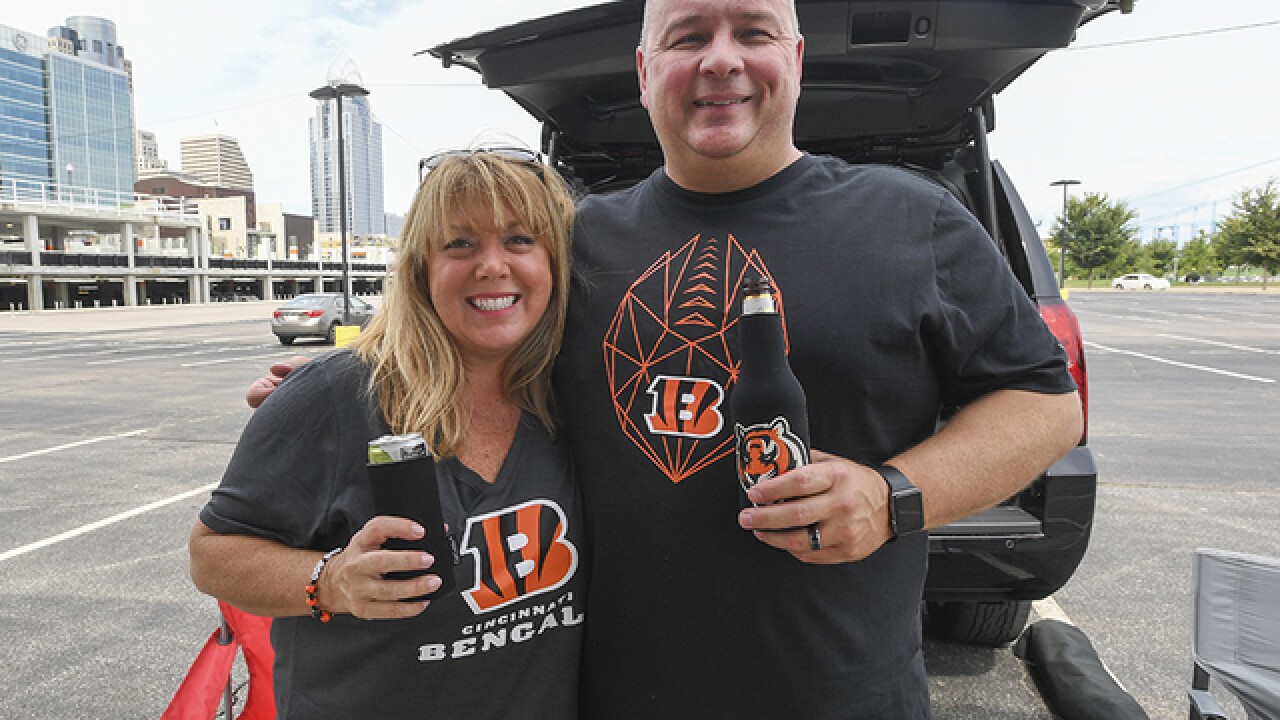 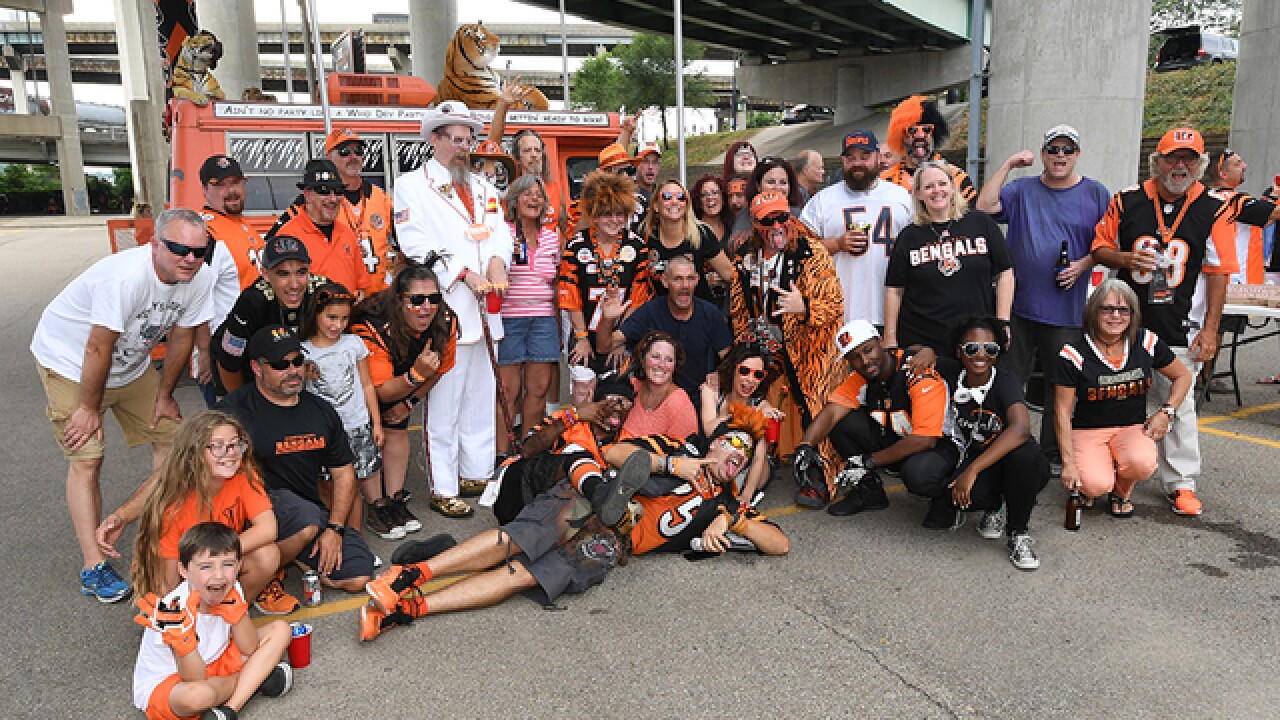 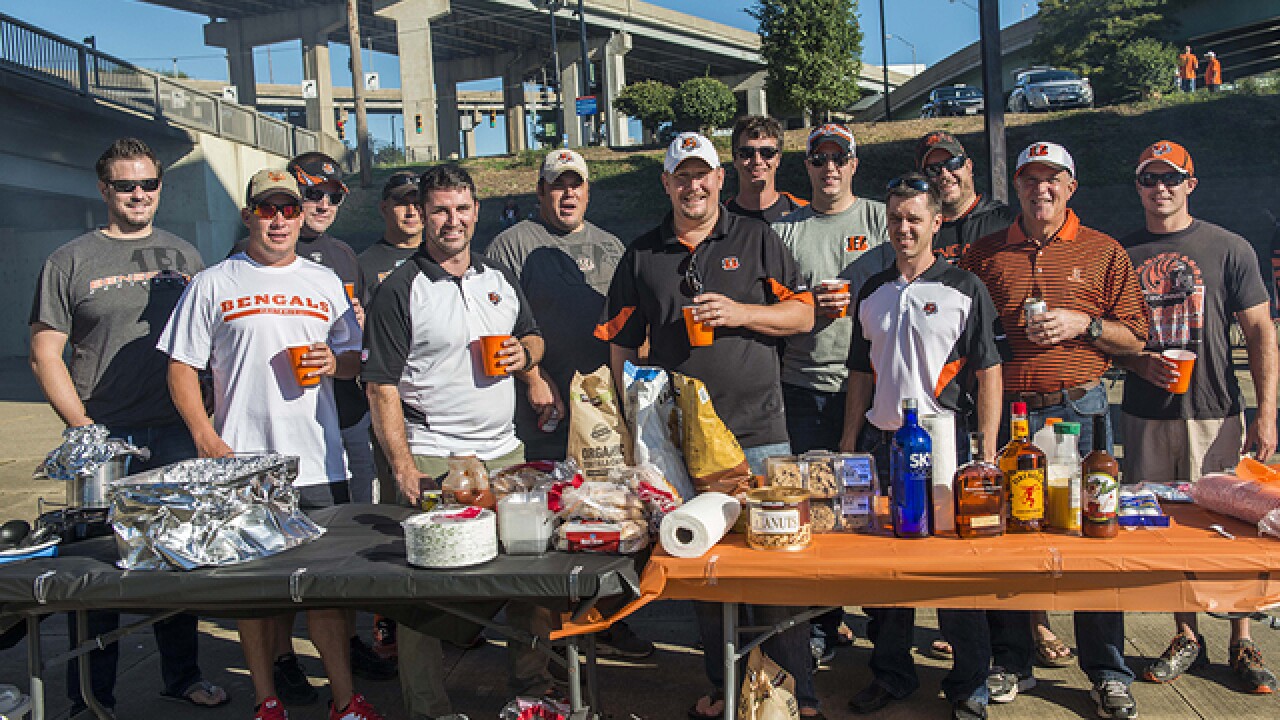 CINCINNATI — Hamilton County will likely spend at least $131,000 for Cincinnati Bengals ticket holders to park at a concrete and gravel facility near Paul Brown Stadium this season.

Hundreds of Bengals ticket holders who usually parked at Lot D at The Banks have been displaced by the recent construction of a public parking garage that could eventually be used for a new concert venue.

“In order to complete the public infrastructure within schedule and budget, the county replaced 460 parking spaces, which are coming off-line due to construction, with an equivalent amount of parking at Hilltop for the 2019 season,” said county spokeswoman Bridget Doherty.

The county signed an agreement with the Bengals in June, agreeing to pay for up to 500 parking spaces for ticket holders at nearby Hilltop Basic Resources.

Although the agreement doesn’t say how much this will cost the county, Hilltop president Kevin Sheehan said the gross amount the company earned from Bengals fan parking last season was $131,000.

If the Bengals have a better season this year, resulting in more people attending games or post-season games being added to the schedule, then parking revenue could increase, leading to a higher bill to the county, Sheehan said.

“The payment for parking is entirely dependent on the number of cars which are parked on the site,” Sheehan said. “There have been years we have been able to charge as much as $40 a car and, of course, extra games when playing a game post season.”

Bengals fans have parked at Hilltop’s 15-acre riverfront site across the street from the stadium for many years. Hilltop contracts with a parking company to handle the logistics and cleanup.

But this season will be different. Fans can still park at Hilltop by paying $35 per car. But Bengals season parking pass holders will also be parking there. A separate entrance and parking section will be reserved for Bengals pass holders, Sheehan said.

“With it being the first preseason game on Thursday night, we could have a little bit of logistical snafus but we don’t anticipate anything we can’t handle,” Sheehan said.

The Bengals have already communicated the construction news to fans and some patrons have been relocated to other lots. For this season, 166 parking spaces will remain at Lot D at The Banks and used by longtime season ticket holders.

"This construction was anticipated by the parties, and has been the subject of several agreements between the Bengals and Hamilton County designed to allow construction of the Lot D parking garage," said Bengals spokeswoman Emily Parker. "To make-up for the spaces lost in Lot D, the Bengals will add up to 500 parking spaces at Hilltop that will also be available for season ticket members."

Hilltop will receive payment from the county equivalent to its gross parking proceeds. Hilltop will then pay the parking contractor.

“No taxpayer dollars will be paid to Hilltop or the Bengals. All payments are directly from Bengals patron parking,” Doherty said.

The 1997 lease agreement mandates that the county give the Bengals 89 percent of game day parking revenue from various county-owned and operated parking facilities, including Hilltop this year. The county keeps an 11-percent share of the parking revenue, which has averaged $282,000 per year over the past four years, Doherty said.

The county will pay Hilltop out of their share of Bengals parking revenue that is usually spent on other county needs.

WCPO asked the county what it usually spends the $282,000 on, in order to determine which needs would receive less funding this year to make up for the estimated $131,000 in extra Hilltop parking spend.

"In general, parking revenues are reinvested back into parking operations. Specifically, game day parking revenues are used for direct parking operations including off-duty Hamilton County Sheriff’s Deputies, parking attendants and parking equipment," Doherty said. "In the end, we tried to limit the impact of construction on our riverfront stakeholders as well as protect the interest of taxpayers."

The concert venue at The Banks has been at the heart of a political squabble between city leaders, the county, and the Bengals for months. Leaders chose Cincinnati Symphony Orchestra’s subsidiary, MEMI, to build the facility last summer, but political bickering has stalled the project.

In order for the venue to open next fall, construction must begin by October. And if it hasn’t started by March, the Bengals and the county will begin discussions on alternative uses for that space, according to an agreement the county and Bengals signed in June.

A complicated land swap involving Hilltop land must take place before crews can break ground on the concert venue.

Bengals agreed to give up parking space adjacent to the stadium for the concert venue.

In order for this land swap to work, Hilltop must find a spot for relocation. There was some initial pushback from Lower Price Hill residents to Hilltop relocating, but that seems to have been resolved.

A public hearing is scheduled for Sept. 3.

If the issues with relocation are resolved, then the county and Hilltop owners must still agree on a sale price for Hilltop’s property.