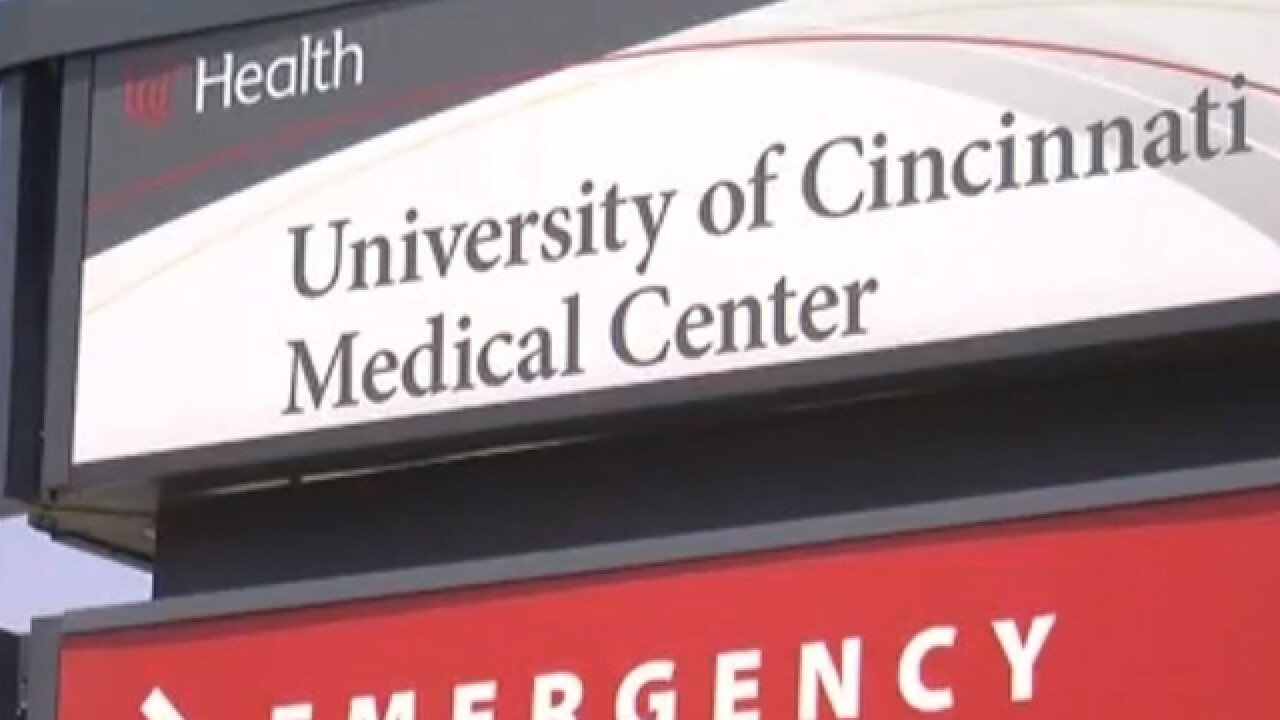 CINCINNATI -- The University of Cincinnati Department of Neurosurgery will begin studying what happens after a traumatic brain injury, something called a "secondary injury" that follows the initial blow to the head.

According to a press release from the university, the U.S. Department of Defense's psychological health/traumatic brain injury research program granted UC $4.7 million to study the "damaging, seizure-like waves that spread slowly through the brain following a traumatic injury."

"The team will investigate less invasive techniques to monitor the waves of electrical disturbance — called spreading depolarizations or 'brain tsunamis' — which are associated with worse outcomes in patients," the press release said. Dr. Jed Hartings is the heading the study at UC.

"Brain tsunamis" will be measured in two ways in nearly 200 patients at UC Medical Center. The findings of this study could help the majority of brain injury patients who are not candidates for surgery, according to the press release.

“Spreading depolarizations occur in 80 to 90 percent of people who suffer a severe stroke,” Hartings said. “The damage they cause in stroke patients is similar to the damage caused in neurotrauma patients.”

The study will be centered on girls’ soccer players and the Q-Collar, a special investigational collar worn around the neck during competition within contact sports.

The collar puts slight pressure on the jugular vein to increase intracranial blood volume in order to decrease what is often referred to as “brain slosh.”

Wearing the collar is safe and merely imitates the action of yawning, according to Dr. David Smith, a visiting research scientist at Cincinnati Children’s Hospital.

The Q-Collar was also studied at Children's with the help of two local football teams.

Thirty-two St. Xavier varsity football players wore the Q-Collar during the 2015 season and underwent MRIs and EEGs of their brain along with vision testing – important and financially expensive elements to the research, according to Dr. Gregory Myer.

Moeller also participated in the football study, with 30 players enrolled to do testing with accelerometers in their helmets, which studied the impact of contact. Moeller was the control group and did not wear the Q-Collar.

Myer, director of research for the Division of Sports Medicine and the director of the Human Performance Lab, said the differences in the groups were significant.

“If this is right, this will be the single most changer in sport in my mind – in both rules and regulations,” Myer said.

Wilmington College, a small college in Clinton County, is taking part in the NCAA's concussion and brain trauma study to help identify changes that could be changed to make contact sports safer.

Athletic Director Terry Rupert said he believes Wilmington College -- with a population of only 1,110 students -- was chosen for the study because almost half of the student body plays collegiate sports. The study will continue at Wilmington College over the next year.