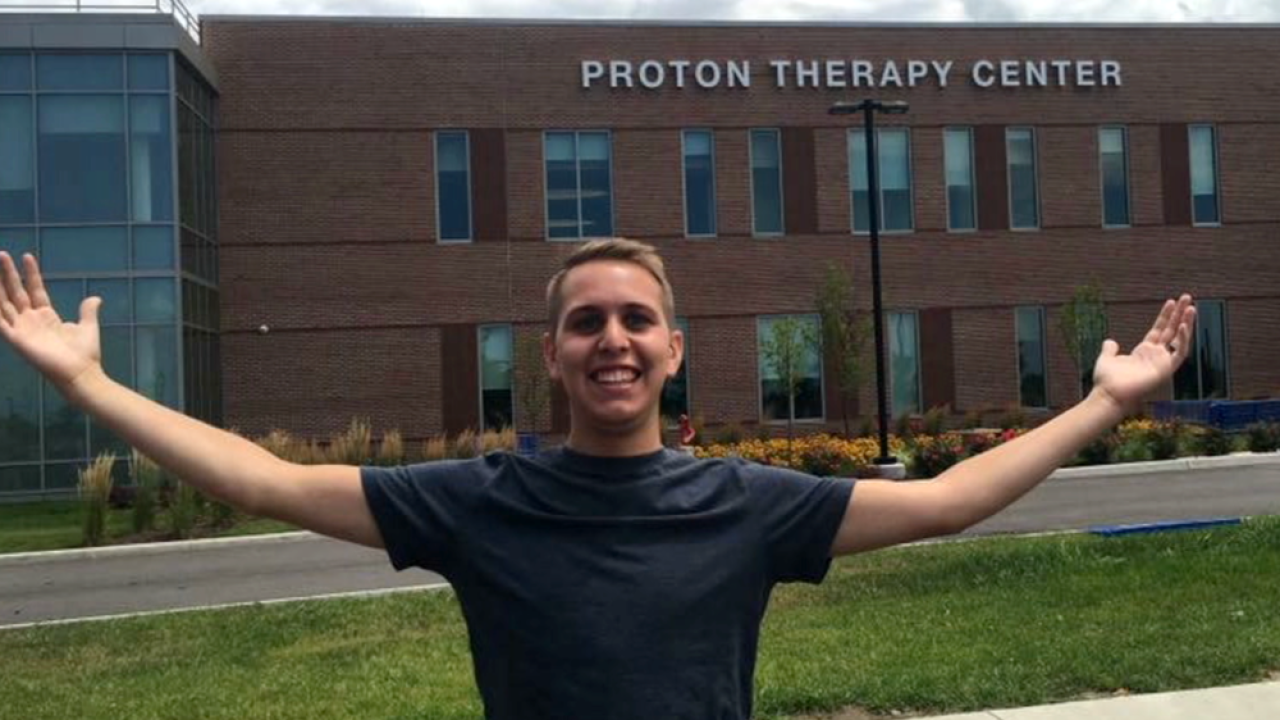 CINCINNATI — Andrew Porter believes the cancer treatment he received as a teenager in Indiana did more than banish his brain tumor. It set him on a new path — one that would eventually lead him to the University of Cincinnati’s Proton Therapy Center, where he helps patients experiencing the same struggle with disease.

"I think it did more than save my life,” he said. “It kind of started my life."

Proton therapy is a type of cancer treatment that uses proton radiation rather than the standard radiation found in x-rays, according to UC Health. As a result, it’s more precise, safer to use in higher doses and poses less of a risk to healthy tissues in the patient’s body.

Porter said the group of radiation therapists who helped him through his cancer treatment became like family.

“I just always remember feeling like they were doing something so special for me that I wanted to return that to someone else going through this,” he said.

So he does, hoping that his personal experience helps make the process easier for patients.

At least one — Donald Jeffrey Van Winkle, who was receiving treatment on Porter’s 10-year remission anniversary — can tell.

“These folks and their compassion, they just seem like they know what I was going through,” he said.