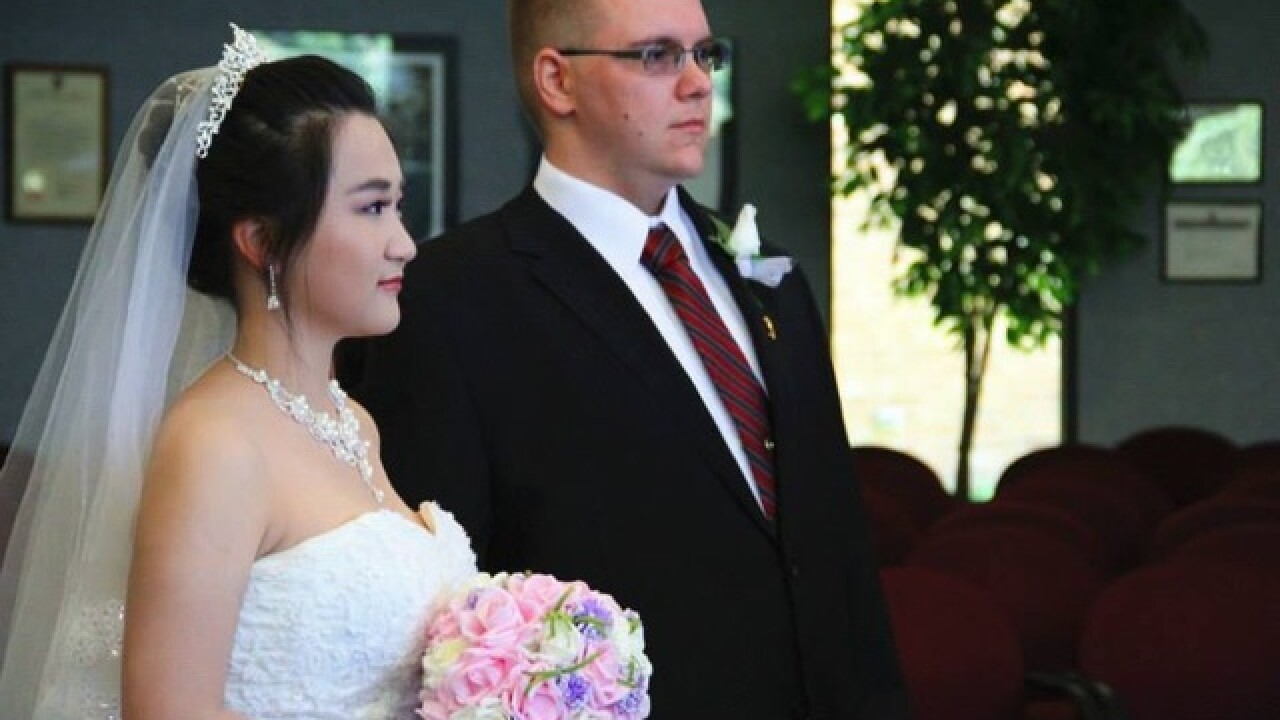 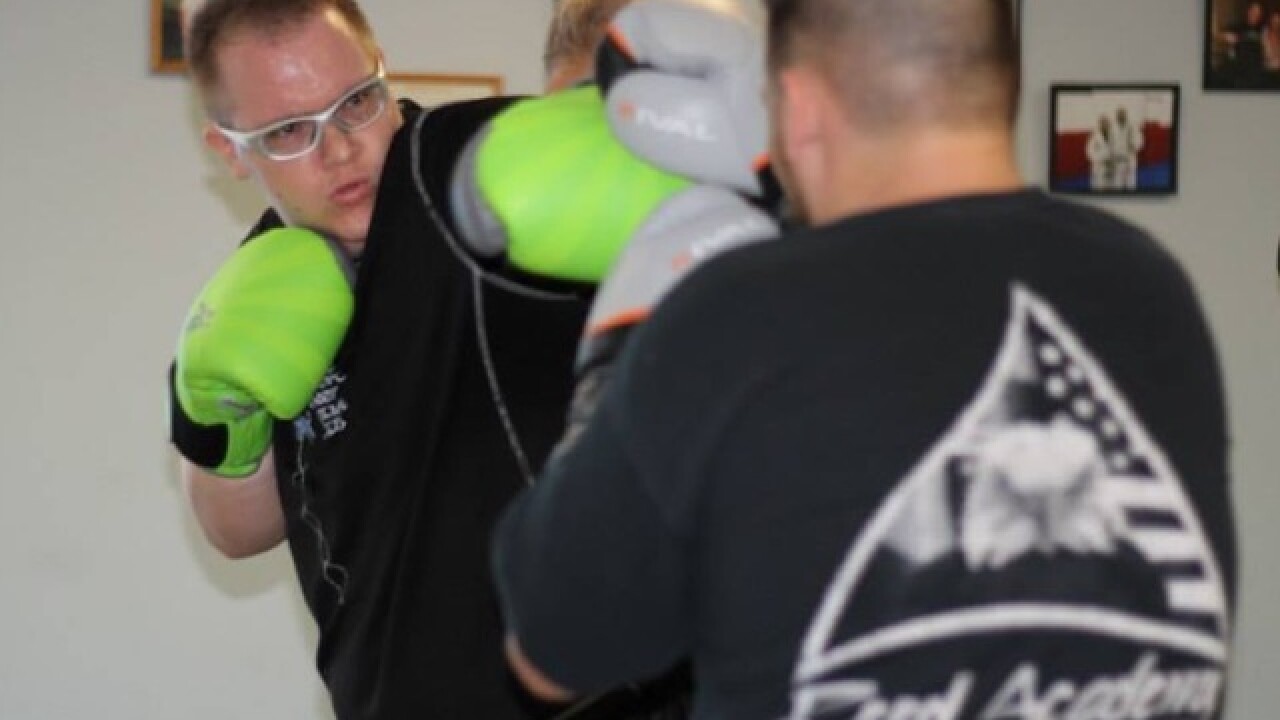 BLUE ASH, Ohio -- Trevor Presgrave easily could have died April 9. He was at the Reed Academy of Martial Arts when he "a little pain" in his right shoulder.

"I was lifting weights the night before, so I thought I just pulled something weight-lifting, so I told (my friend) to give me a second," Presgrave said. "I went back, just wanted to stretch my arm. I remember getting briefly dizzy, and then I woke up in the hospital."

Presgrave, 35, of Mason, suffered a total blockage of his left anterior descending artery, the so-called "widow maker" because a blockage there is frequently fatal. Presgrave said he'd had a physical in December, and his blood pressure and cholesterol levels were normal.

The day he collapsed at the gym, an off-duty EMT was warming up for the next martial arts class and started immediate CPR. Within minutes, Sycamore Township Fire Capt. Ivan Kuehn arrived.

"We let the individual continue with the CPR, and we applied the monitor and it appeared that it was ventricular fibrillation -- and that's not a survivable (heart) rhythm," Kuehn said. "And so we immediately counter-shocked it with 200  joules (of electricity). And the response was immediate, and he actually converted to a sinus rhythm, a rhythm which you can live with."

That's when Dr. James Kong, a cardiologist at Christ Hospital, walked into Reed Academy for class.

"Nothing really prepares you to see a friend, somebody you know, in that situation -- so he's not a patient, he's a friend, so it's very startling to come upon that," Kong said.

He went with Presgrave to Jewish Hospital to assist attending cardiologist Dr. Jonathan Rapp. Presgrave was somewhat stable with a good pulse when he arrived at the emergency room, Rapp said, but his electrocardiogram showed he was in the middle of a massive heart attack. They performed an angiogram, which found two severe blockages, one in that critical "widow maker" artery.

With that blockage fixed, Rapp said Presgrave still wasn't doing well, so they put in a balloon pump to help his heart recover. Despite that and intravenous medications, Presgrave wasn't improving.

A heart surgeon was on his rounds at the time, so he, Kong and Rapp decided to fix the other blockage and upgrade Presgrave's pump, an aggressive course of action. It worked: Presgrave's blood pressure went up and his heart rate went down, and he recovered normally.

"And it was really everything that came together and everything happened in the right order," Rapp said. "It was done very well, and each person, the correct next step. And in my opinion -- sort of being the end of the treatment process in the cath lab for that heart attack -- in my opinion, the immediate CPR and the immediate defibrillation were really what got him to the cath lab. And without that quick response and the effective treatment that he received in the beginning this probably would be a different story."

Kong said the survival rate for people who suffer cardiac arrest is roughly 40 percent -- if someone gives them immediate, proper CPR. When CPR isn't administered right away, that drops to around 4 percent.

"If anybody hearing my story decides, hey, I want to take a first aid class or CPR class, I would encourage that," Presgrave said.

"What I'm hoping is that when we get back to our jiu-jitsu class, that because of the way I helped him, he's not going to choke me as hard as he used to," Kong said.