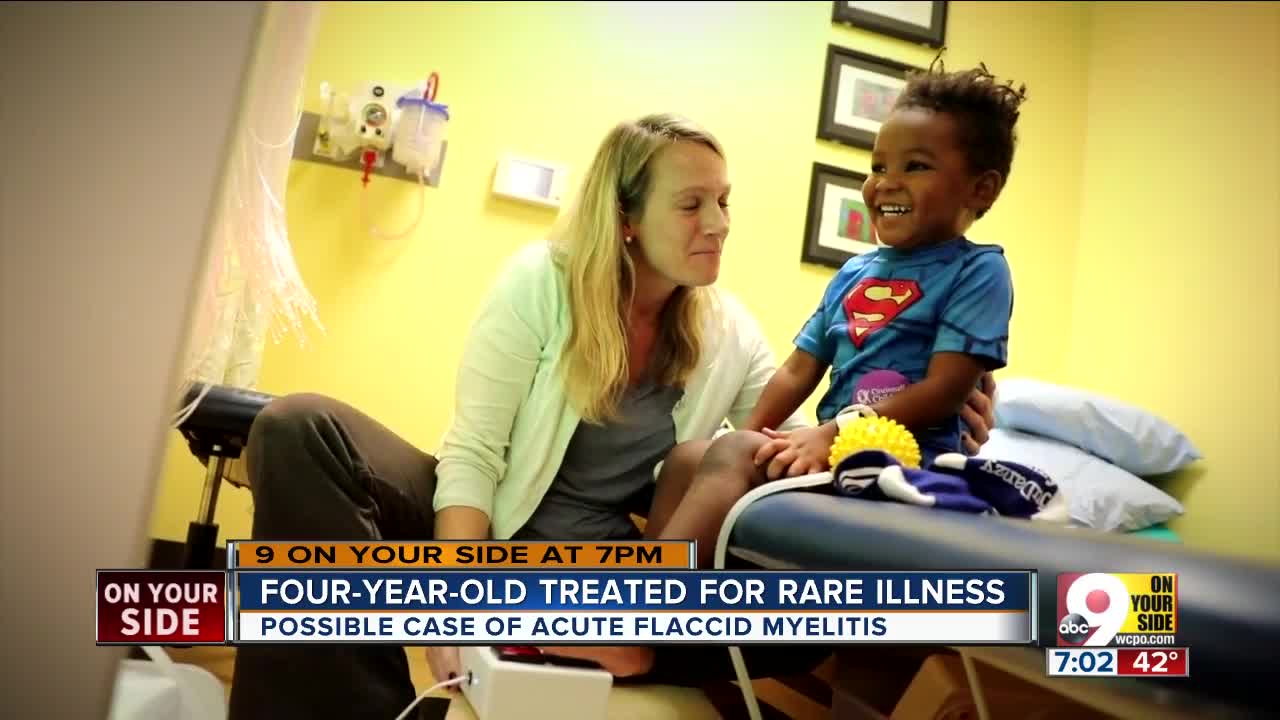 Acute flaccid myelitis is a rare condition that's become many American parents' worst nightmare this year. One boy is being treated for an unconfirmed case right here at Cincinnati Children's Hospital, so we talked to his mother and doctors to learn more about the headline-grabbing ailment. 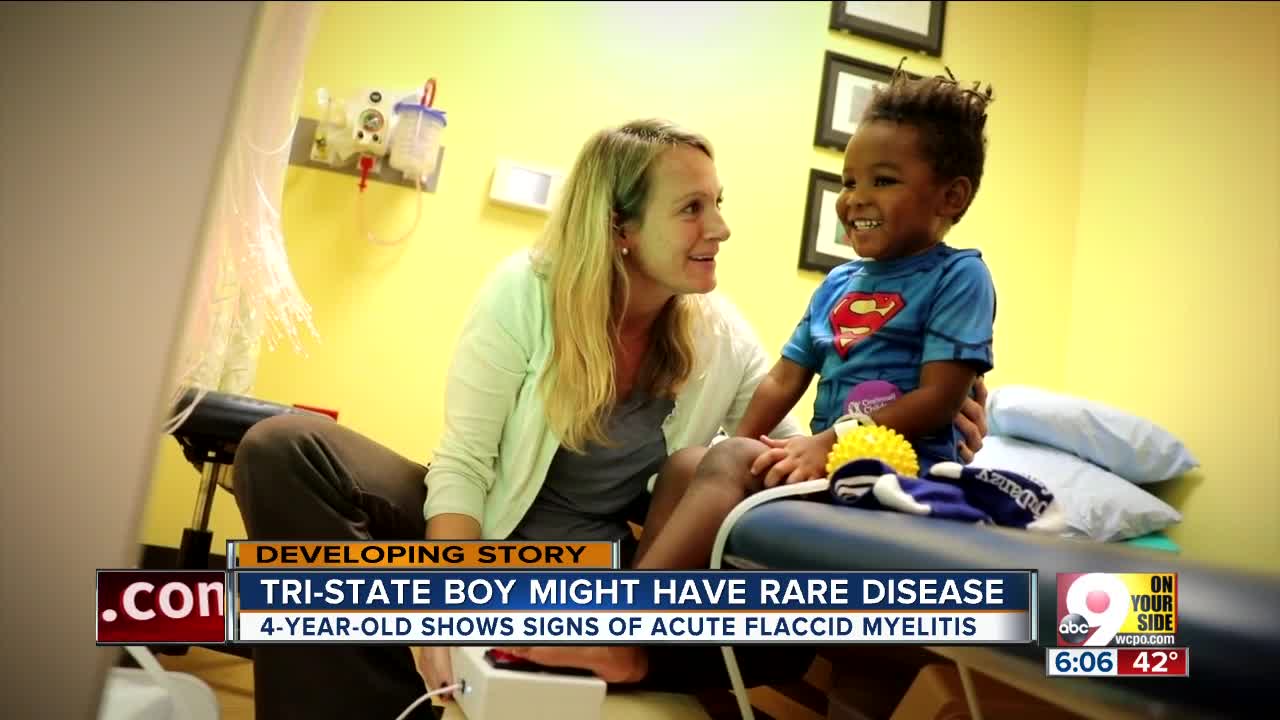 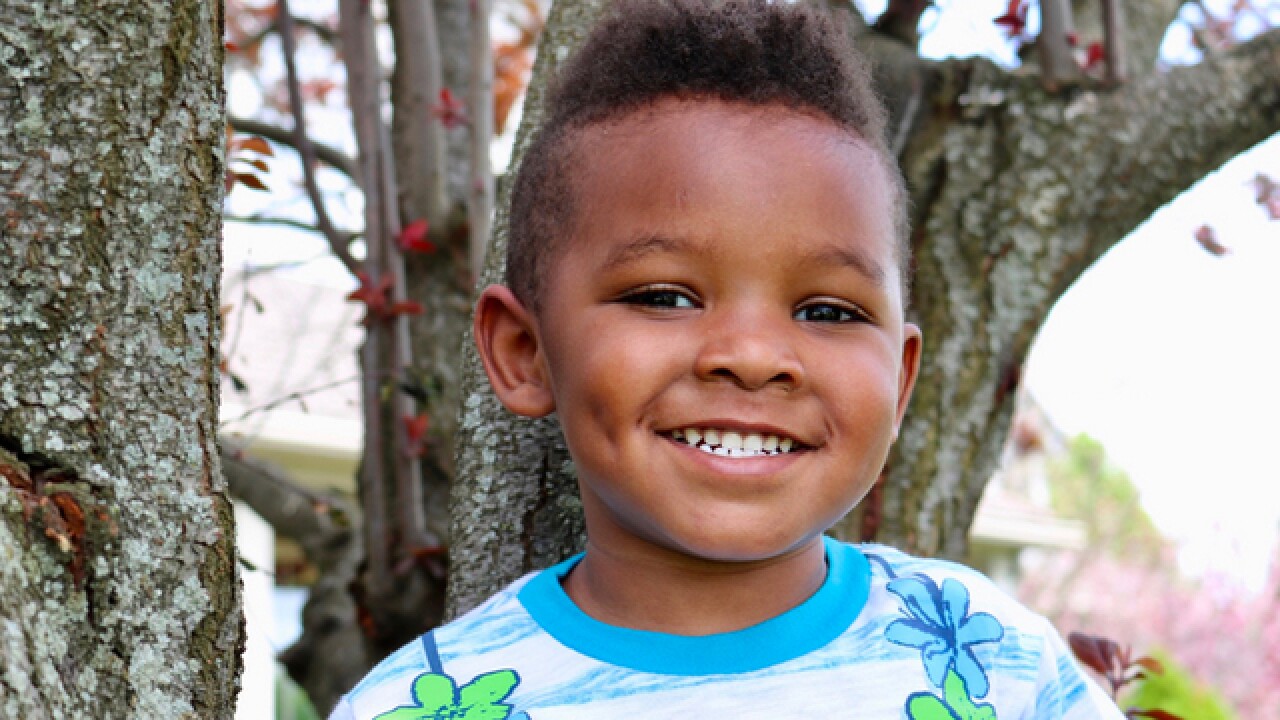 CINCINNATI -- At first, it seemed like 4-year-old Elijah Peacock had caught a cold. But his symptoms morphed into something much more serious.

"I never understood lethargia till I saw it in my son," Elijah's mom, Alex Voland, said. "We went to stand him up, and he collapsed."

The illness left Elijah with lower limb paralysis. Now he's in a wheelchair.

Doctors at Cincinnati Children's Hospital Medical Center said Elijah's symptoms match acute flaccid myelitis, though his case has not been confirmed as that condition.

Watch doctors discuss the case in the video player below:

According to the CDC, acute flaccid myelitis is "a rare but serious condition" that affects spinal cord gray matter and causes muscles and reflexes to weaken.

CDC officials said they started seeing an increase in cases in 2014. There have been 219 reports and 80 confirmed cases of the condition in the U.S. this year, as of Nov. 2. Those cases are spread across 25 states.

Most of the patients with acute flaccid myelitis are children, according to the CDC.

Symptoms of acute flaccid myelitis include facial droop/weakness, difficulty moving eyes, drooping eyelids and difficulty swallowing or slurred speech, according to the CDC.

Doctors don't believe acute flaccid myelitis is contagious, according to Children's Hospital officials. However, the exact cause of the disease — likely a virus — has not been determined.

Check back for more information.