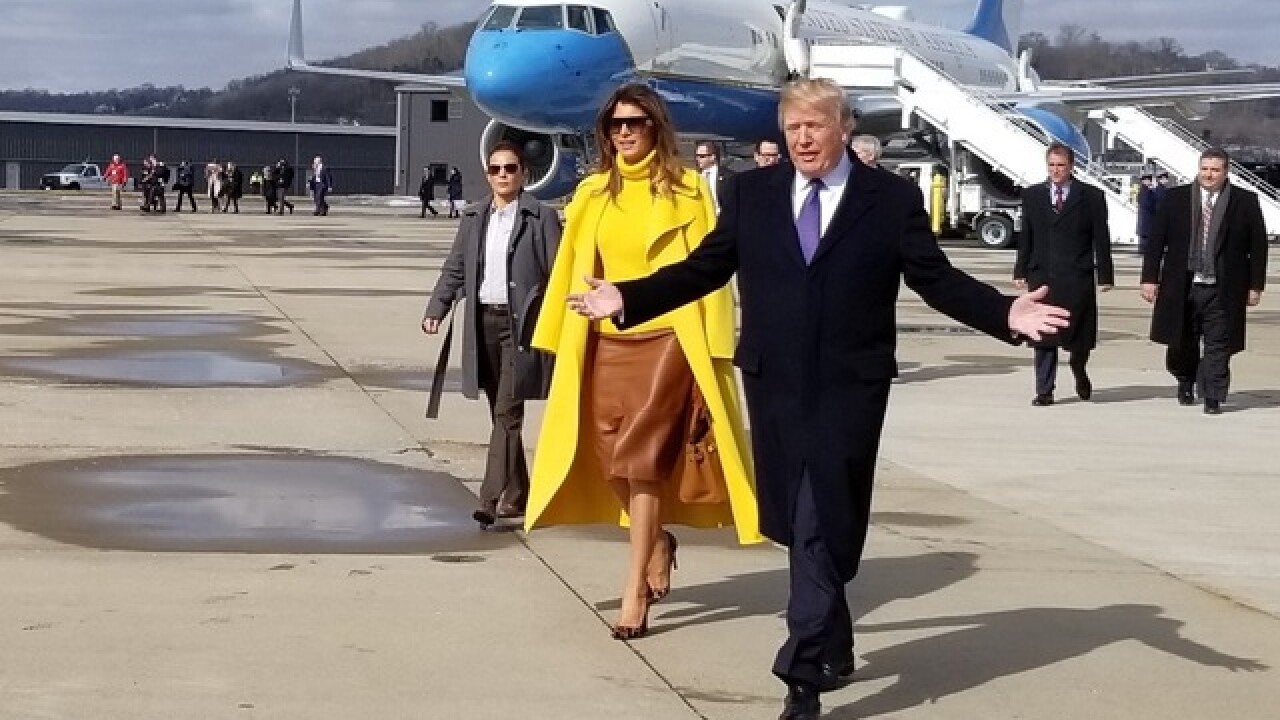 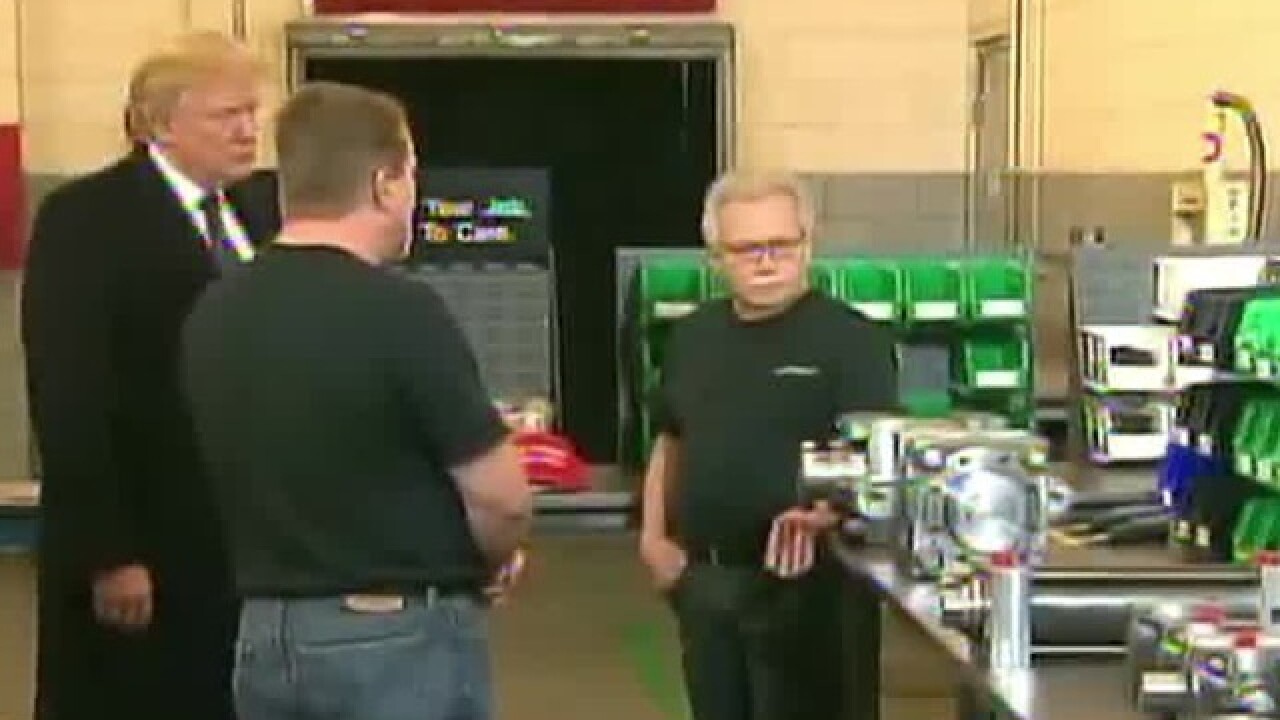 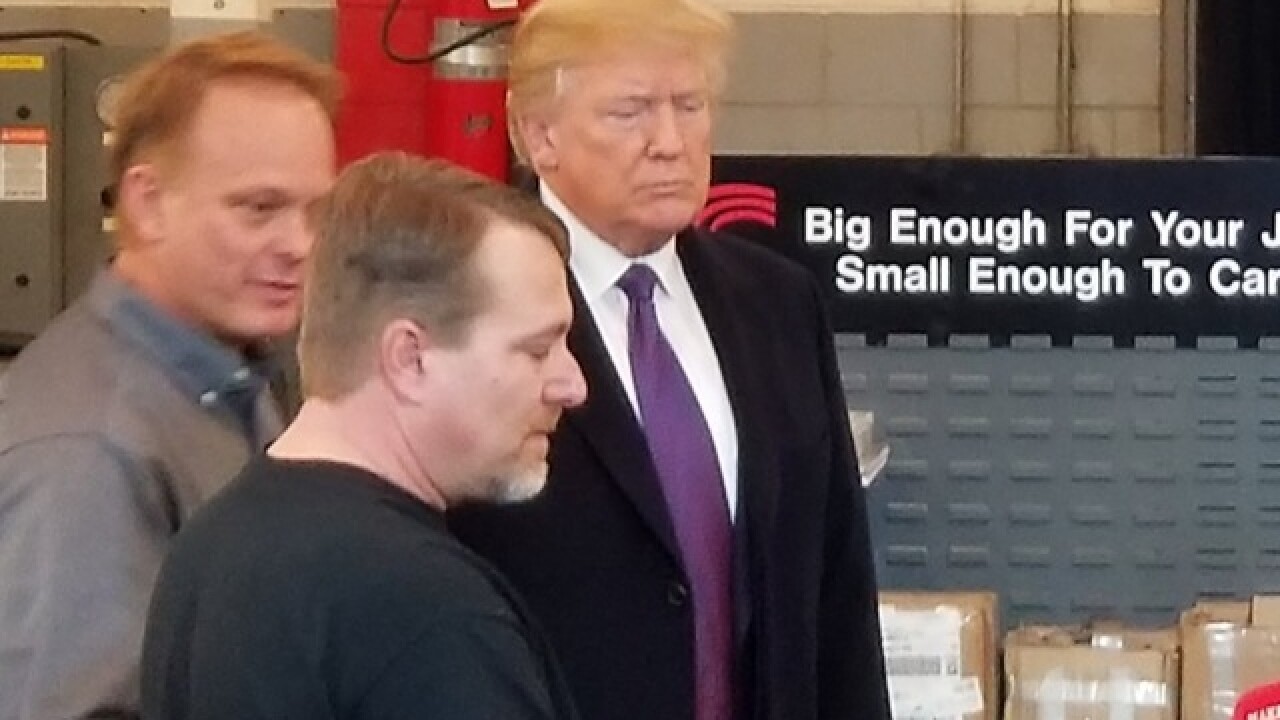 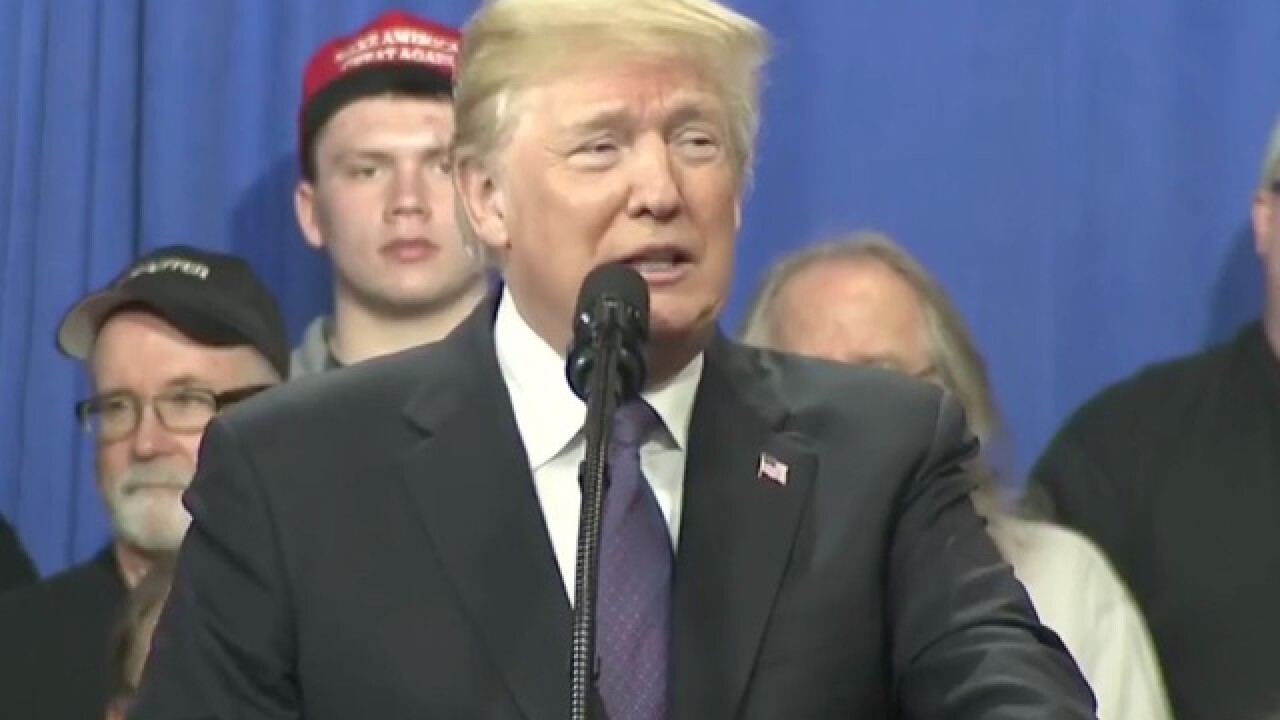 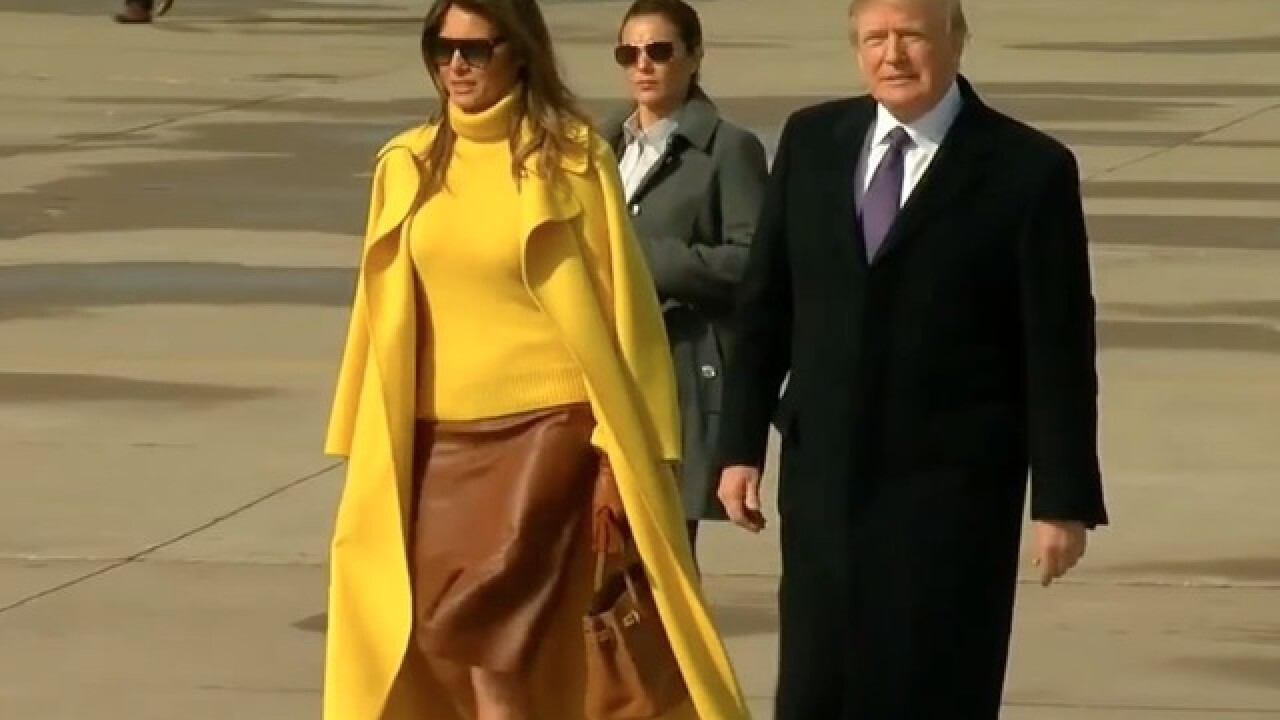 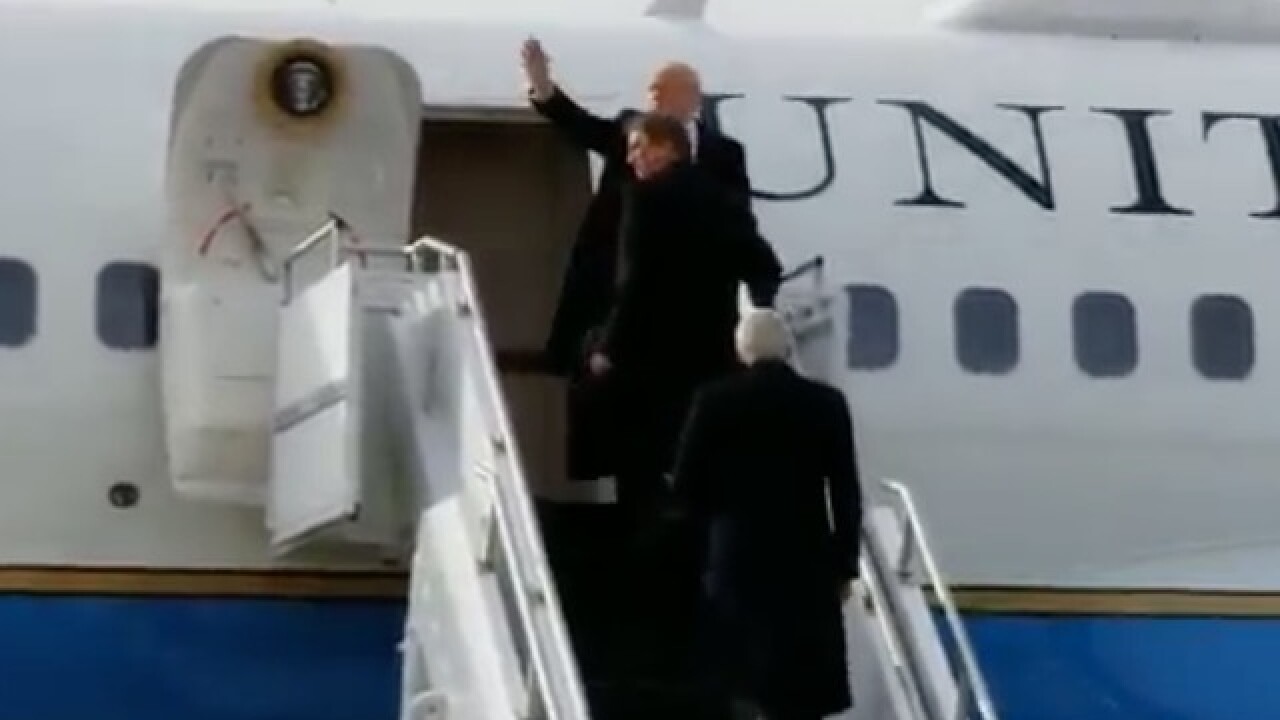 President Donald Trump and first lady Melania Trump visited the Cincinnati area Monday; the president to tout the Republican tax plan, and the first lady to learn about the opioid epidemic.

They arrived and departed on Air Force One, touching down at Lunken Airport in the city's East End at about 1:30 p.m. and leaving around 4 p.m.

RELATED: Everything you need to know about Trump's visit

The president went to the Sheffer Corporation in Blue Ash, a suburb north of Cincinnati. When lawmakers passed the Republican tax bill, Sheffer gave $1,000 bonuses to its employees. President Trump promoted the effects of that tax bill in a speech at Sheffer, bringing employees on stage to talk about what they'd do with their bonuses.

CEOs from several Ohio companies were on hand, including:

The first lady went to Cincinnati Children's Hospital Medical Center, to talk with experts about how the opioid epidemic has affected Ohio.

See a recap from our team of reporters covering the visit (feed may take a moment to appear; if you don't see it, click here ).