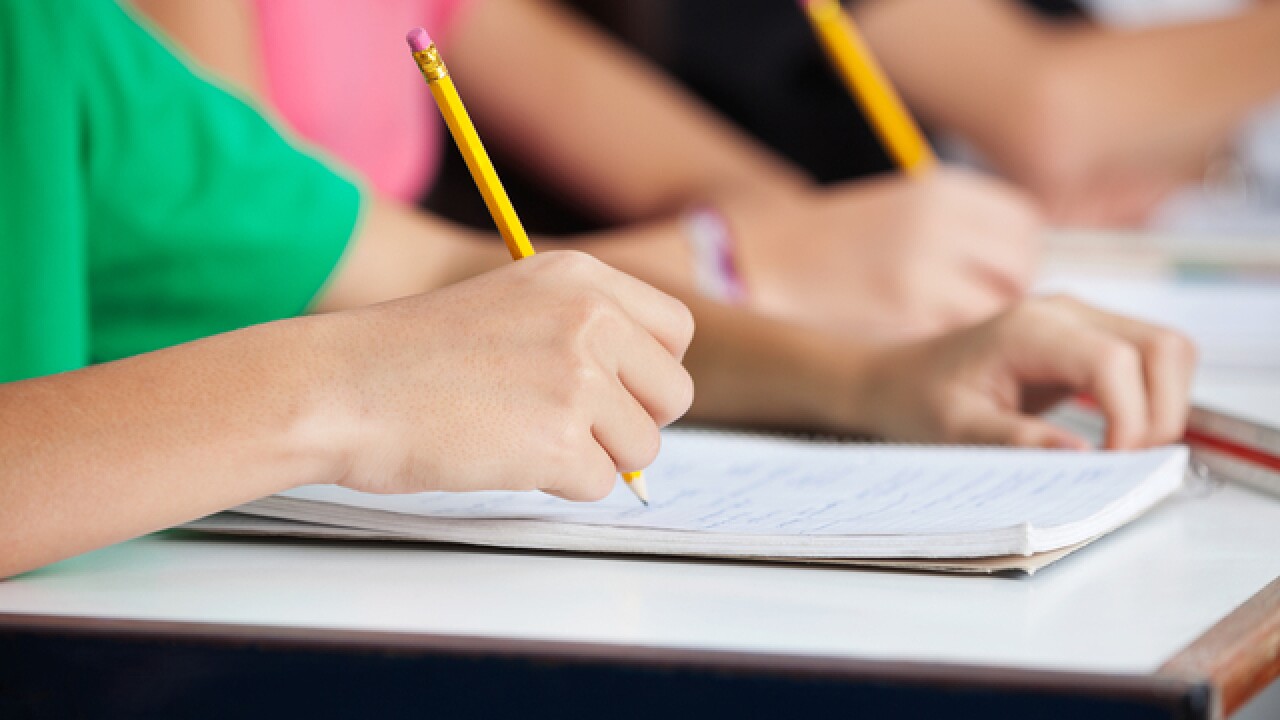 COLUMBUS, Ohio -- An Ohio Senator hopes to "expand school choice" for students across the state by expanding funding for families that would help them send their children to a private school instead of a public one.

Sen. Matt Huffman, R-Lima, announced his plans Tuesday with a list that included several Cincinnati-area schools among more than 700 statewide that would be eligible under what he calls an expanded voucher program.

Huffman says his proposal will bring coherence to that system and provide middle class families with greater school choice opportunity.

“Really the middle class has been shut out of the voucher opportunity in the state of Ohio,” Huffman said. “The changes are a recognition of both a problem in the system that’s sort of been jerry-rigged over the past 20 years for a variety of reasons, but also a recognition that we need to try to allow school choice for everyone, not just for those who have the ability to move to wherever they want.”

Currently, there are several ways an Ohio family can receive a voucher from the state to attend a private school. The District Open Enrollment program, EdChoice Scholarships and a program specific to Cleveland-area students.

Existing programs have stipulations that require students to be zoned in a “failing school” district, a stipulation gone in Huffman’s proposal, which bases voucher eligibility solely on family household income.

Any Ohio family with a combined income that is within 400 percent of Federal Poverty Guidelines would be eligible to receive a scholarship.

Huffman said students who currently receive vouchers from one of the three existing programs would would able to keep their current voucher regardless of household income.

The voucher would be offered on a sliding scale. The amount awarded in the scholarship decreases as an amount earned by a family increases, assuming the size of a family remains the same.

Federal Poverty Guidelines account for combined household income and family size. A family of five earning $115,120 would be considered within 400 percent of the guidelines and therefore be offered half of Huffman’s proposed scholarship amount.

Huffman claims the cost of education in Ohio is around $11,000 per student each year, and that his proposed scholarship would cut that cost in half.

But opponents to Huffman’s plan, like Sen. Vernon Sykes, D-Akron, aren’t sure that it would save taxpayers money. Instead, he’s concerned the plan would allocate funds from an already tight state budget to private schools.

“We don’t have enough funds -- adequate funds -- to address the current issues in our traditional public schools and even the chartered public schools,” Sykes said. “But to take money away from those budgets and to give them to private schools, I think is again going in the wrong direction.”

Sykes' take on the bill wasn’t entirely negative, though. He said a provision in the proposed legislation would stop funds from being taken directly from public schools for vouchers, a positive change over the current system, he said.

In 2002, the issue of school choice vouchers in Cleveland made it to the U.S. Supreme Court, when some claimed providing vouchers to attend private religious-oriented schools was in violation of the Establishment Clause in the Constitution. The Supreme Court disagreed in a 5-4 decision and deemed the vouchers constitutional.

The bill has not yet been introduced to the Senate, but Huffman says he hopes to introduce it by Friday.

Connor Perrett is a fellow in the E.W. Scripps School of Journalism Statehouse News Bureau. You can email him at connor@connorperrett.com or follow him on twitter @connorperrett.