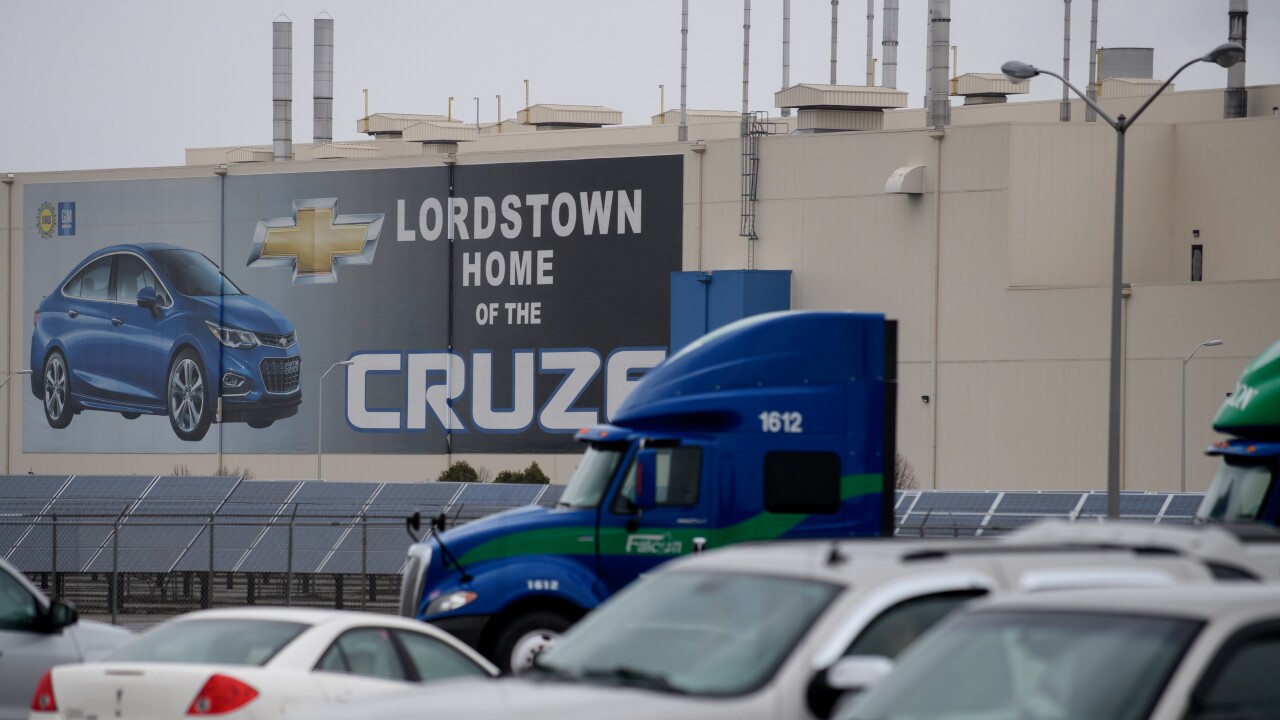 COLUMBUS, Ohio (AP) — Ohio Gov. Mike DeWine has urged the head of General Motors to keep the automaker's Lordstown plant open or allow it to be sold quickly.

Spokesman Dan Tierney says DeWine told Barra he'd prefer that GM use the northeast Ohio assembly plant near Youngstown for another product line or sell it to a "new operator" if that doesn't happen.

Tierney says DeWine told Barra that Lordstown is "a very good facility with very good workers, and it ought not to be idle long."

The plant is slated to stop producing the Chevy Cruze compact sedan March 1, idling around 1,500 workers.