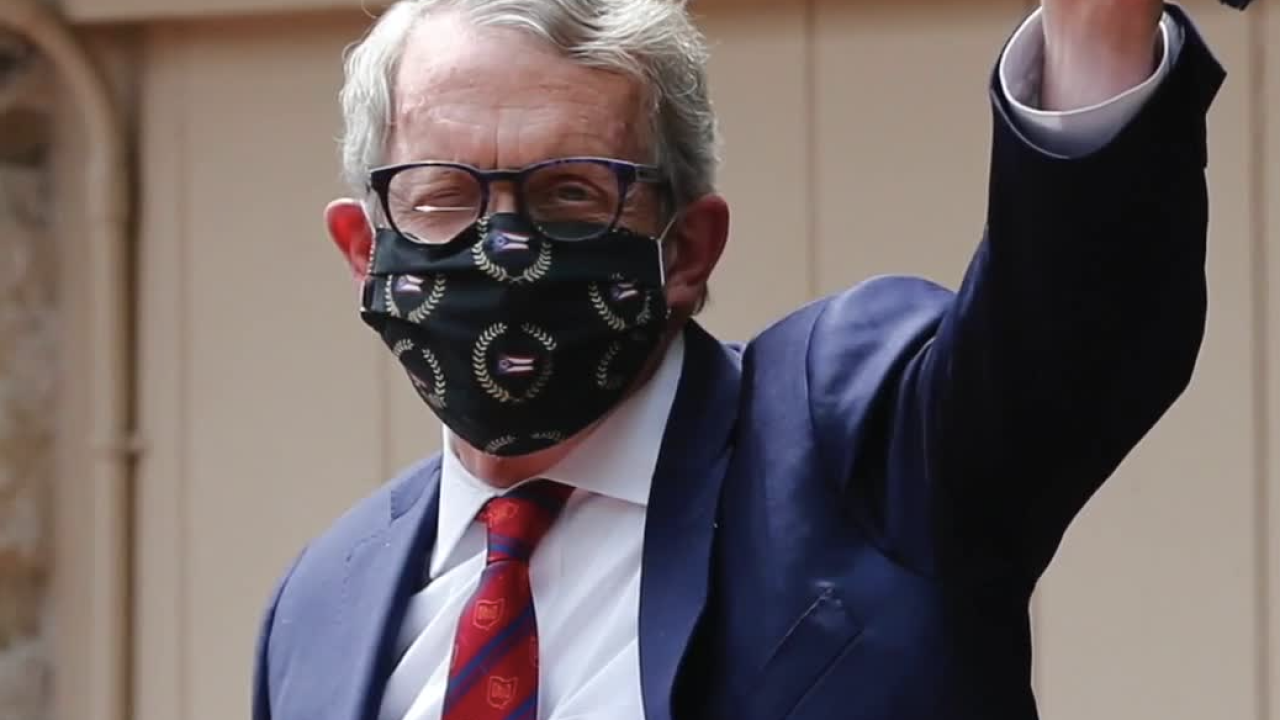 Ohio Gov. Mike DeWine on Friday described President Donald Trump’s COVID-19 diagnosis as a “powerful reminder” of the pandemic’s reach and the continued necessity of health practices such as mask-wearing.

He hopes, he added near the end of his afternoon news conference, that the news will convince even skeptics to take the threat seriously.

DeWine, a Republican who has repeatedly voiced support for the president and often avoids answering direct questions about Trump’s daily controversies, said he does not plan to impose additional limits on political gatherings such as Trump's large-scale rallies. However, he added the White House diagnoses underscored the need for Ohioans to remain vigilant about potential exposure in their daily lives.

He also emphasized the importance of basic health and hygiene practices that can reduce the spread of COVID-19 — including mask-wearing, a habit that the president and many of his supporters have vocally derided and resisted.

“I think this is a powerful reminder to us that we have to do the basic things,” DeWine said. “We have to wear a mask. We have to social distance. We have to be careful. We have to avoid big crowds. It’s for all of us.”

DeWine and Lt. Gov. Jon Husted each confirmed that they had received tests since Tuesday’s debate in Cleveland — which Husted attended in person — and would announce their results as soon as they became available.

Husted said he never came within 50 feet of the president or members of his immediate family during the event.

The pair recommended any person who has recently attended a large, in-person political event should get tested, too.