Abortion rate lower than at any time since Roe v. Wade was passed, according to report 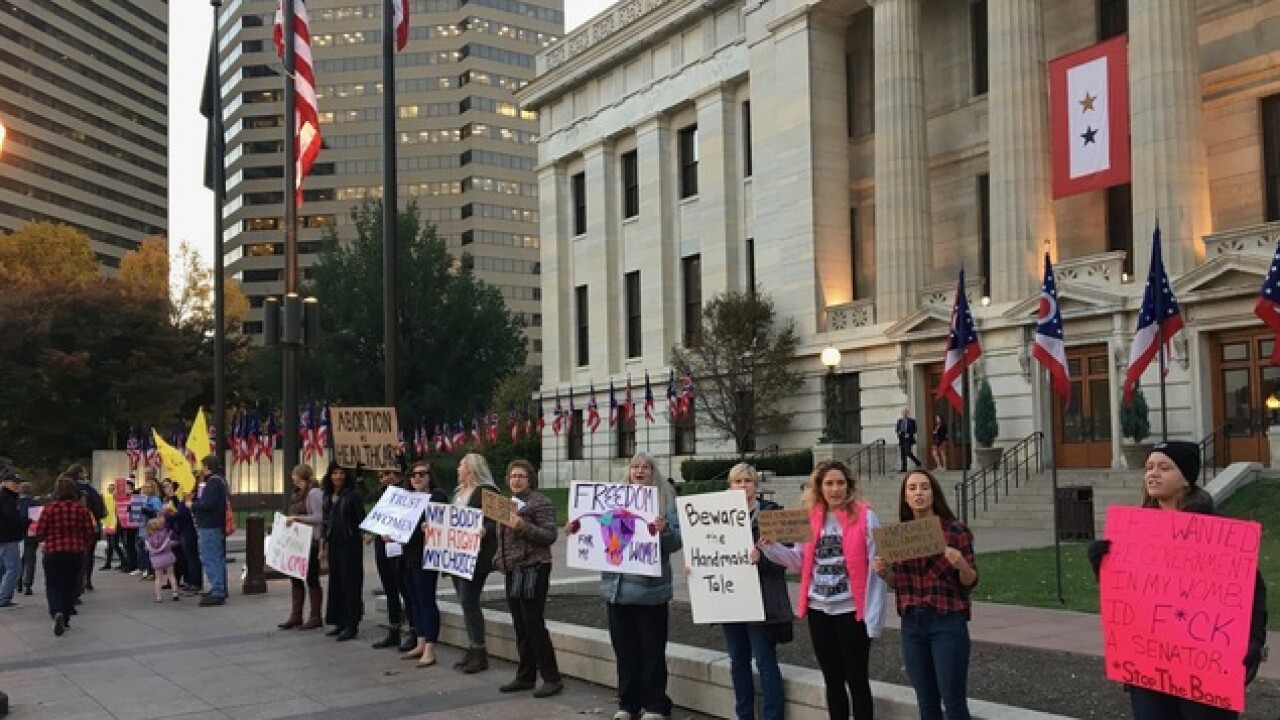 <p>Pro-choice abortion-rights protesters outside the Ohio Statehouse in downtown Columbus in November.</p>

The national abortion rate has fallen to its lowest level since Roe v. Wade made the procedure legal in 1973, according to a recently released report.

Across the country, abortions are down 14 percent between 2011 and 2014, compared to a 20 percent drop in Ohio, according to a report from the Guttmacher Institute, a nonprofit research organization dedicated to increasing sexual and reproductive health rights.

The decline is the result of a change in majority opinion seen through the election of pro-life officials, said Paula Westwood, executive director of Right to Life of Greater Cincinnati.

Acts of anti-abortion legislation are effective for two reasons, she said:

“One, they work legislatively. But more importantly, they work educationally,” Westwood said. "So every time that we have pro life legislation that we’re working on, there is an educational process that goes along not only within one state, but across the country.”

But she said restrictions on abortion access taken by Gov. John Kasich throughout his administration might change that.

"As we move into 2017, politicians must not attack access to reproductive healthcare services by continuing efforts to defund Planned Parenthood or to roll back the gains we made under the Affordable Care Act,” Copeland said. “Time and time again, Governor Kasich and the Ohio legislature have put politics ahead of the health and wellbeing of women, with complete disregard for the impacts these policies will have.”

There are currently nine abortion clinics in Ohio — that’s down from 16 when Kasich became Governor in 2011. Several of these closed in 2013 when the governor signed into law legislation that required abortion clinics have a contract with a local hospital in case of emergency, while simultaneously forbidding public hospitals from entering these agreements.

The most recent action Kasich took, a ban on abortion after 20 weeks gestation, was signed in December 2016 on the same day Kasich vetoed a more restrictive six-week ban called the “heartbeat bill.” The 20-week ban does not allow exceptions for rape or incest.

The report comes at a time when there is great uncertainty about the future of access to abortion nationwide. Although the Supreme Court legalized the procedure in 1973, actions across the country including those taken by Kasich have made abortion access more difficult.

President-elect Donald Trump has said he would appoint justices to the Supreme Court who would work to overturn the 1973 ruling. There is currently one opening on the highest court in the country, left vacant by Justice Antonin Scalia who died in February of last year.

Connor Perrett is a fellow in the E.W. Scripps School of Journalism Statehouse News Bureau. You can reach him at connor@connorperrett.com or follow him on Twitter at @connorperrett.