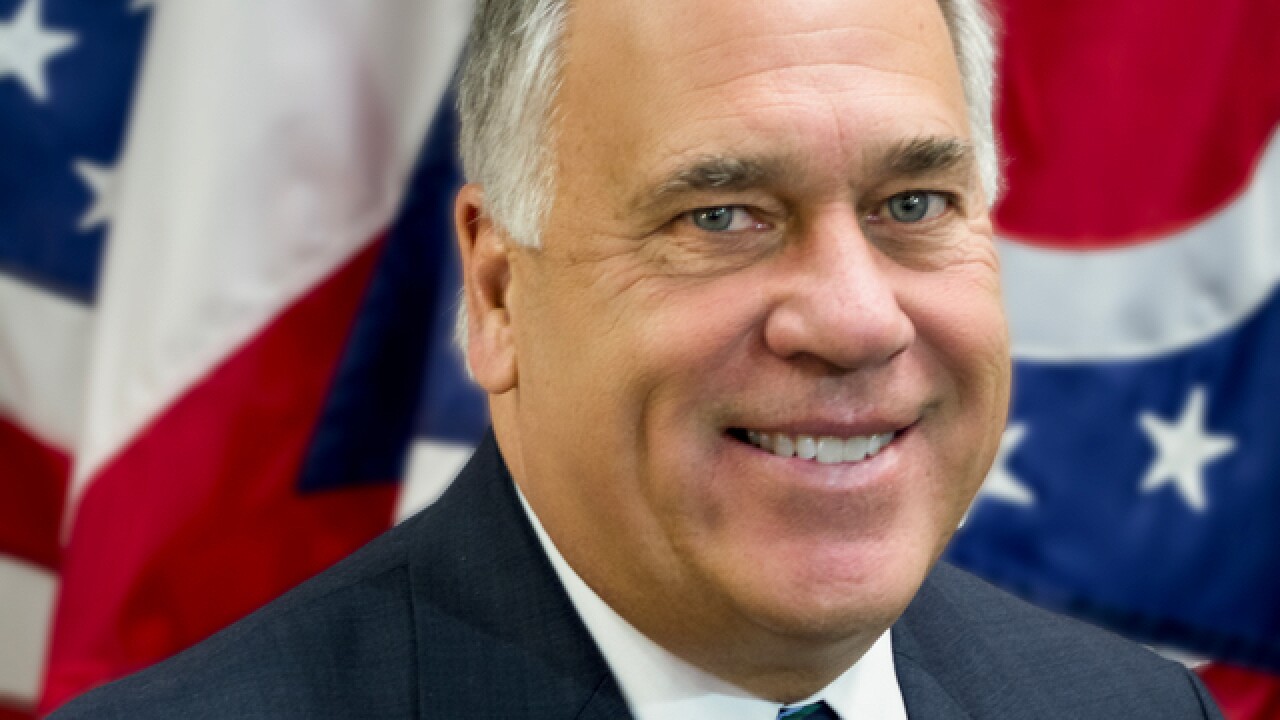 COLUMBUS, Ohio (AP) — The state's long-serving prisons director is "disheartened" that he couldn't reduce Ohio's inmate population further, he said as he announced his departure from the agency last week.

Gary Mohr was director of the Department of Rehabilitation and Correction for almost all of Gov. John Kasich's two terms. He oversaw more than 12,000 employees and close to 50,000 inmates.

Mohr made attempts to reduce the prison population one of his top priorities, with some success. The overall prison population was 49,534 last month, compared with 50,670 in January 2011, the month Kasich appointed Mohr.

Mohr spearheaded efforts by Kasich and lawmakers to reduce the number of first-time, nonviolent offenders behind bars. But those efforts collided with pushback from some prosecutors and judges, and with the impact of the state's opioid crisis, which has swamped the criminal justice system in the past decade.

"I'm extraordinarily disheartened that that number's not more," Mohr said in an interview.

Mohr got a firsthand look at the opioid problem on Wednesday, two days before stepping down, after exposure to a mix of contraband heroin and fentanyl sickened almost 30 staff members at Ross Correctional Institution.

During his tenure, Mohr also oversaw 15 executions at the death house at the Southern Ohio Correctional Facility in Lucasville. He also launched efforts to boost the way Ohio prepares inmates for release.

Mohr weathered several negative situations, including the 2013 prison suicide of notorious Cleveland women abductor Ariel Castro; the brief 2014 escape of school shooter T.J. Lane, who killed three high school students in 2012; and the 2017 killing of an inmate in a transport van by another prisoner, three-time killer Casey Pigge.

The union that represents prison guards regularly criticized Mohr and the agency, saying not enough was being done to protect guards and reduce violence.

Mohr started with the Ohio prisons agency as a teacher's aide in 1974. Over the years he's worked as a warden, held several administrative posts, led the state's youth prisons system and consulted with the private prison industry.

Among initiatives he oversaw were boosting mental health and addictions services for inmates and creating "reintegration units" that replicate work requirements in the outside world,

He talked Aug. 28 about the highs and lows of his eight years as director.

"I'm a big believer that drug traffickers and violent offenders ought to be in prison and we ought to keep people safe, and drug traffickers are violent offenders, in my opinion. But I think that we continue to incarcerate too many people that wake up in the morning that are addicted — these god-awful drugs — and don't want to be, but end up consuming drugs and they are a large part of the intake in our prison system."

Mohr called each execution "the toughest day I spend as director." Unlike his two predecessors, who came out against capital punishment in retirement, Mohr has no plans to take a similar position. "Regardless of how I feel about the executions, I respect the people that are delivering and performing the executions and I need to just give them the support they need to ensure that these events, as long as the Legislature continues to keep the law, are humane."

On boosting opportunities for inmate rehabilitation

"If nothing else, instead of setting on their bunks for most of the day, to get up and to have a schedule and do something productive. If we don't do that in prison, then how can we expect someone all of a sudden after spending two or three years or longer in prison just to go out and say, 'OK, now we're going to change our regimen.' It's ridiculous."

In retirement, Mohr, 65, of Chillicothe, plans to consult with North Carolina's prisons department for a couple weeks a month and spend time with his six grandchildren.

"Even though I was a warden for about 12 of my years, when it comes particularly to my two little granddaughters, 1 and 4, I'm no disciplinarian," he said.