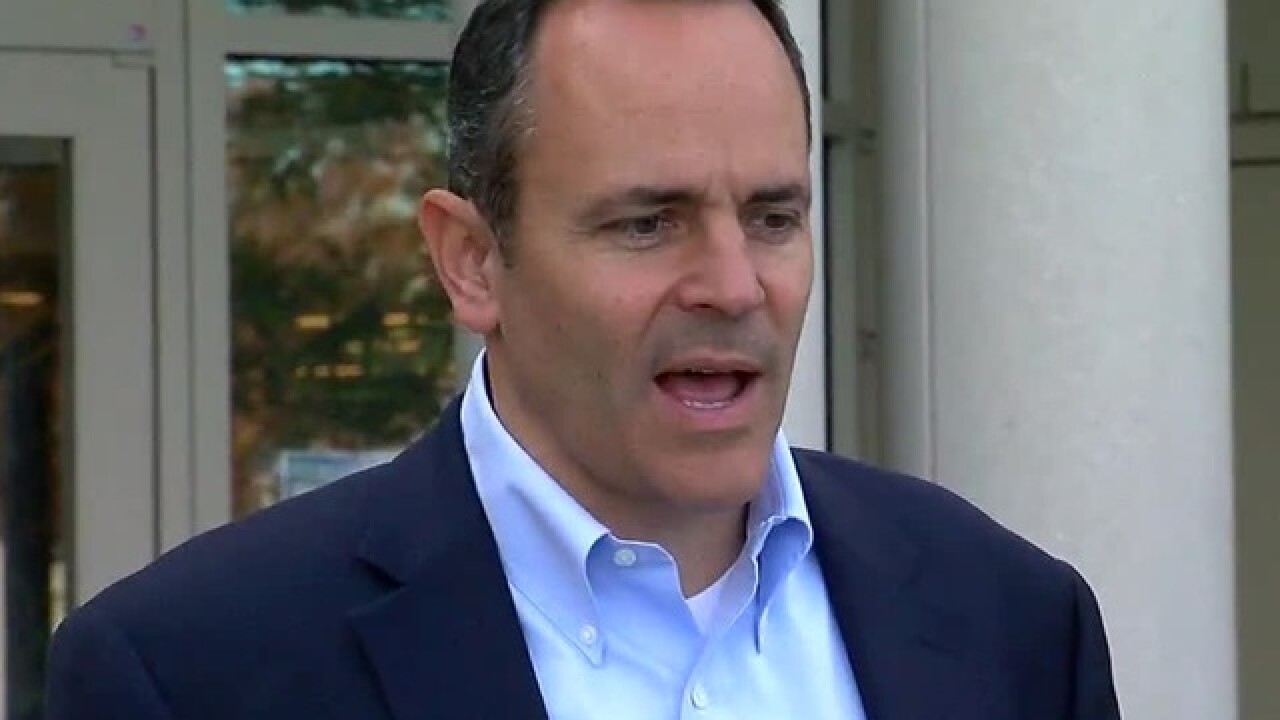 The bills require ultrasounds before abortions, ban abortions after 20 weeks of gestation, ban mandatory labor union dues, repeal the state's prevailing wage law, ban union dues from being used for political donations and replace the board of trustees at the University of Louisville.

In a Facebook video, Bevin said he will sign the bill that bans abortions after 20 weeks before he signs anything else because it had the “most overwhelmingly supported by Republicans and Democrats alike.”

Watch the full video below.

“And the first one signed in this new legislative session will be this bill that actually protects human life beyond 20 weeks of gestation here in the Commonwealth of Kentucky,” Bevin said. “It’s a privilege for me, it’s an honor for me to be your governor, and I thank you for trusting me and everyone in this legislature with the responsibility that you’ve trusted us with.”

Bevin has 10 days to sign the bills. He called them "generationally changing bills," and pledged to hold ceremonial signing ceremonies in the coming days.