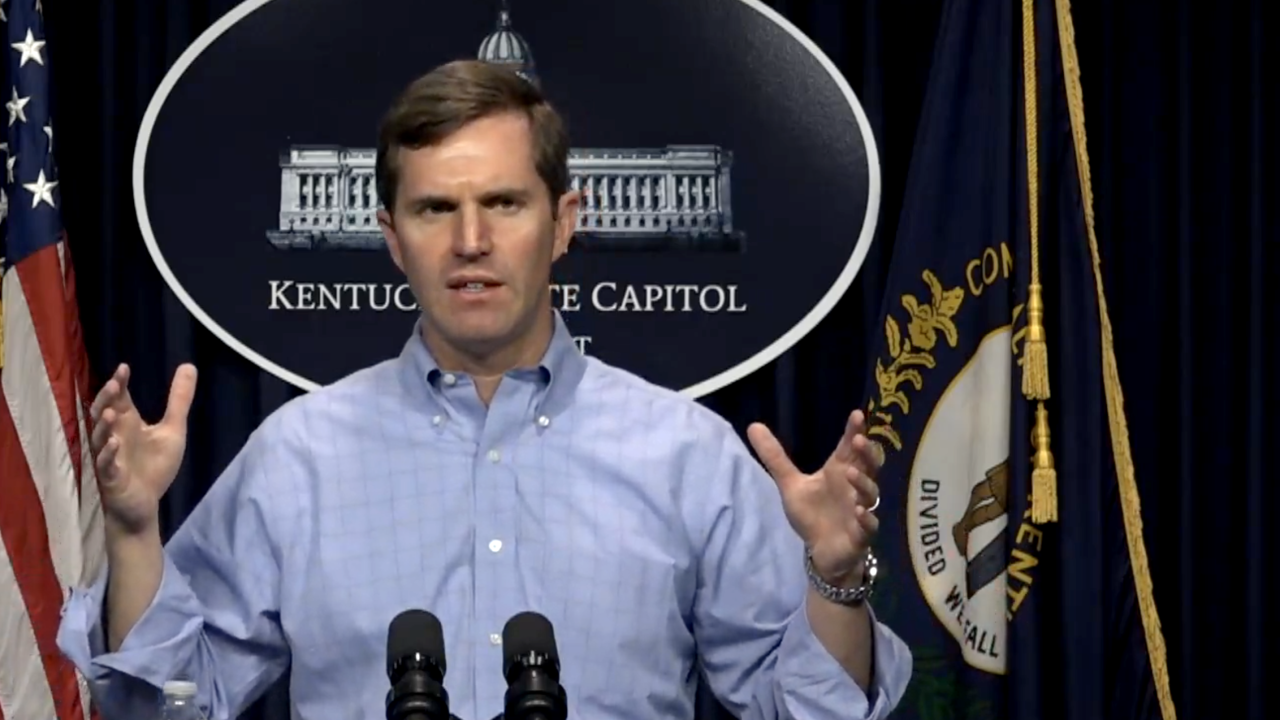 Gov. Andy Beshear on Tuesday announced 532 new cases of COVID-19 and pleaded with Kentuckians to avoid traveling to hard-hit nearby states.

He believes that his administration’s new antiviral prevention measures can help Kentucky, he said, but small numbers of careless people could negate widespread efforts at controlling the spread of the virus.

“All of you out there want to get our kids back in school, but just imagine,” Beshear said, gesturing to a visual aid showing the viral positivity rates in the country’s worst-affected states. “If we can start doing that safely, what happens when one family travels to a state like this?

“I need everybody that has plans to go to Florida or Georgia, Alabama, South Carolina, Texas, Arizona — cancel ‘em.”

And quarantine for 14 days when you get back.

The nine states with the highest positivity rates are under a travel advisory, Beshear announced Tuesday. Anyone traveling into Kentucky from Alabama, Georgia, South Carolina, Arizona, Idaho, Texas, Florida, Nevada or Mississippi should spent two weeks in quarantine before reentering public spaces, even with a mask.

Beshear has, since the start of July, enacted a series of new orders meant to keep Kentucky's positivity rate low while other states see skyrocketing diagnoses totals.

Those orders include a statewide mask mandate and a two-week shutdown for all bars.

Restaurants, which health officials believe are connected to 17% of infection clusters, have been ordered to reduce their indoor dining capacity to 25%.

Echoing other governors, Beshear on Tuesday described the ongoing pandemic as a war in which all Kentuckians are combatants, like it or not.

“Now is the time we are calling on you, as citizens of this commonwealth, to protect each other,” he said.

Beshear added he believes some of his orders have already yielded encouraging results, although public health officials will need time to be sure. Tuesday’s 532 new cases and 10 new deaths could represent the beginning of a plateau connected to his masking order, he said. Kentucky’s positivity rate lingers at a little over 5%, far below Georgia’s 15.24% or Alabama’s 18.13%.

However, he said, any number of infections is too many. Ordinary people in Kentucky have the power to drive that number down.

“If we don’t take action, if we don’t all buy in and do our patriotic duty to stop this virus, we will continue to have significant loss,”h e said.