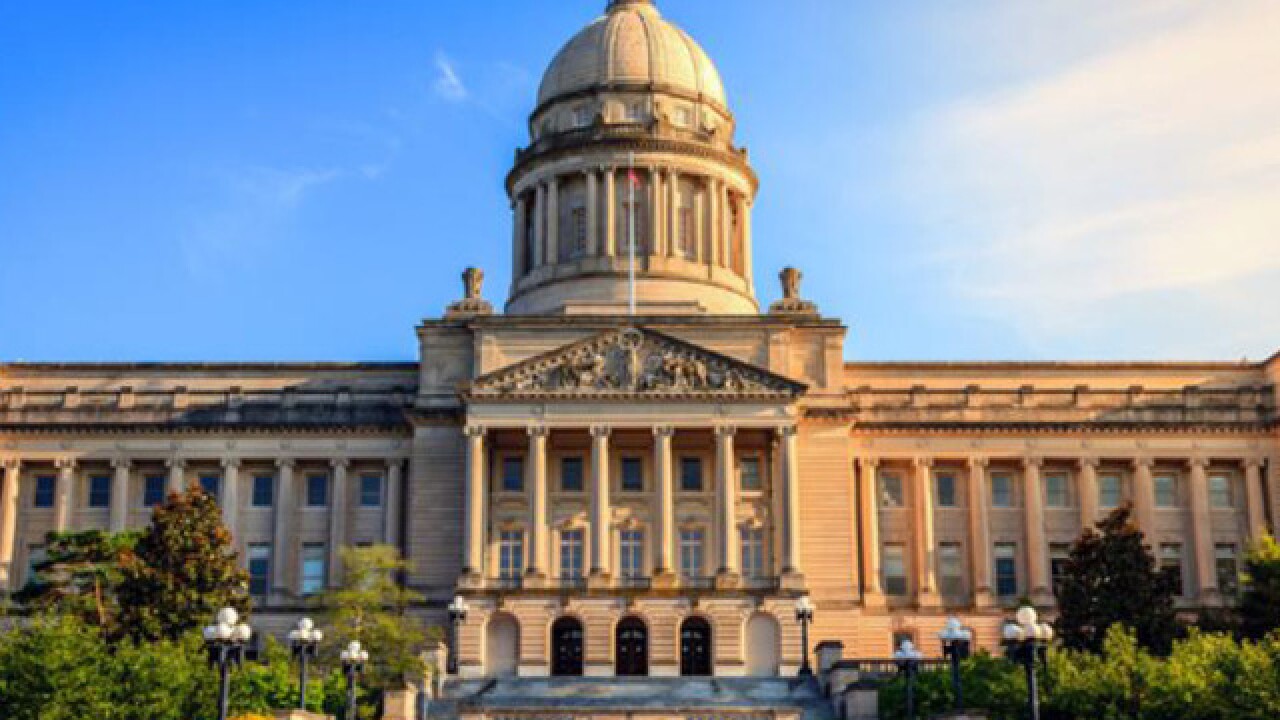 Copyright 2017 Scripps Media, Inc. All rights reserved. This material may not be published, broadcast, rewritten, or redistributed.
Provided
<p>The Kentucky Legislature meets annually in the Kentucky State Capitol in Frankfort.</p>

BURLINGTON, Ky. — Northern Kentucky University is just one of a host of regional universities and Kentucky public agencies facing a financial crisis from the skyrocketing cost of state retirement plans.

If nothing is done, NKU would feel a $13 million impact to its budget. Other quasi-governmental entities, which include public health departments, community mental health centers and domestic violence shelters, could even face bankruptcy.

That’s why Gov. Matt Bevin called lawmakers into special session in Frankfort on Friday to consider a Republican bill based on his plan.

“Right at the moment, it’s a particular crisis for 118 quasi-governmental entities,” said State Rep. Jerry Miller (R), co-chair of the Interim Joint Committee on State Government and a member of Public Pension Oversight Board.

“Their board made a decision to move their employees into the Kentucky Employee Retirement system, which in retrospect was a bad mistake,” Miller said.

Under recent changes, the amount the agencies have to pay into the retirement plan jumped from 49 percent of annual payroll to 83 percent. If some go bankrupt, people will lose jobs and vital services will be lost.

“To prevent these groups from filing bankruptcy, we’re giving them options,” Miller said.

Miller, who represents parts of Jefferson and Oldham counties, talked to WCPO in Burlington Friday after driving up for committee meetings hosted by the Northern Kentucky Chamber.

“We’ve had a form of this bill out since early May,” Miller said.

Under the Republican plan, higher rates would be delayed one year, and affected groups would have several ways to leave the state’s pension plan.

All of the agencies would have nine months to decide how they’d like to move forward.

House Democrats have offered two alternate proposals that they intend to present, but Republicans hold commanding majorities in the House and Senate.

All three bills were assigned to a committee scheduled to meet Saturday. It will be the first test of strength for Bevin’s plan.

Bevin has been working for months to win support, and Miller said he’s confident the Republican bill will pass.

“The old saying is you never call a special session unless you know you have the votes to pass what you want to pass,” Miller said.

In an email to employees earlier this week, NKU President Dr. Ashish Vaidya wrote, “While we are relieved to have the issue in front of lawmakers, we know there are still lingering concerns … we are continuing to advocate for NKU’s priorities.”

The special session is expected to take at least five days at a daily cost of about $66,000 to taxpayers.

READ more about the pension relief proposals on the table.