Kentucky House votes to put 'In God We Trust' in schools 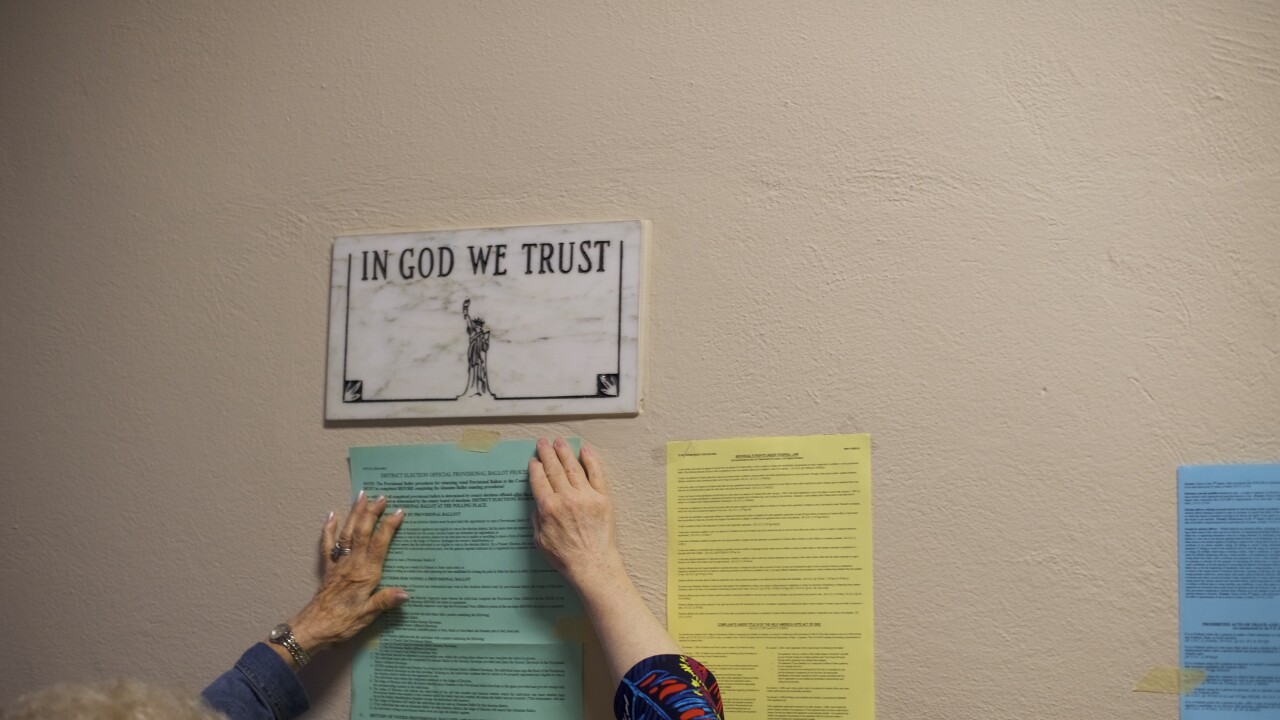 Mark Makela/Getty Images
HAZLETON, PA - MAY 15: Election officials affix voting notices to the wall, below a plaque that states "IN GOD WE TRUST," at the Hazleton City Hall polling station before voters arrive for the 2018 Pennsylvania Primary Election on May 15, 2018 in Hazleton, Pennsylvania. In the second major May primary day nationwide, four states go to the polls: Idaho, Nebraska, Oregon, and Pennsylvania. (Photo by Mark Makela/Getty Images)

FRANKFORT, Ky. (AP) — Public schools in Kentucky would have to display "In God We Trust" in a prominent location next school year under a bill that has cleared the state House of Representatives.

The Republican-dominated chamber approved House Bill 46 on Wednesday by a vote of 72-25. It would require public schools to display the national motto in a prominent location beginning with the 2019-'20 school year. There are no penalties if schools don't comply, but someone could sue to force them to do it.

Bill sponsor Republican Rep. Brandon Reed said the motto reflects an essential part of what it means to be an American. But Democratic state Rep. Kelly Flood voted against the bill, saying lawmakers should practice tolerance, saying people are called to be citizens, not comparatively better Christians.