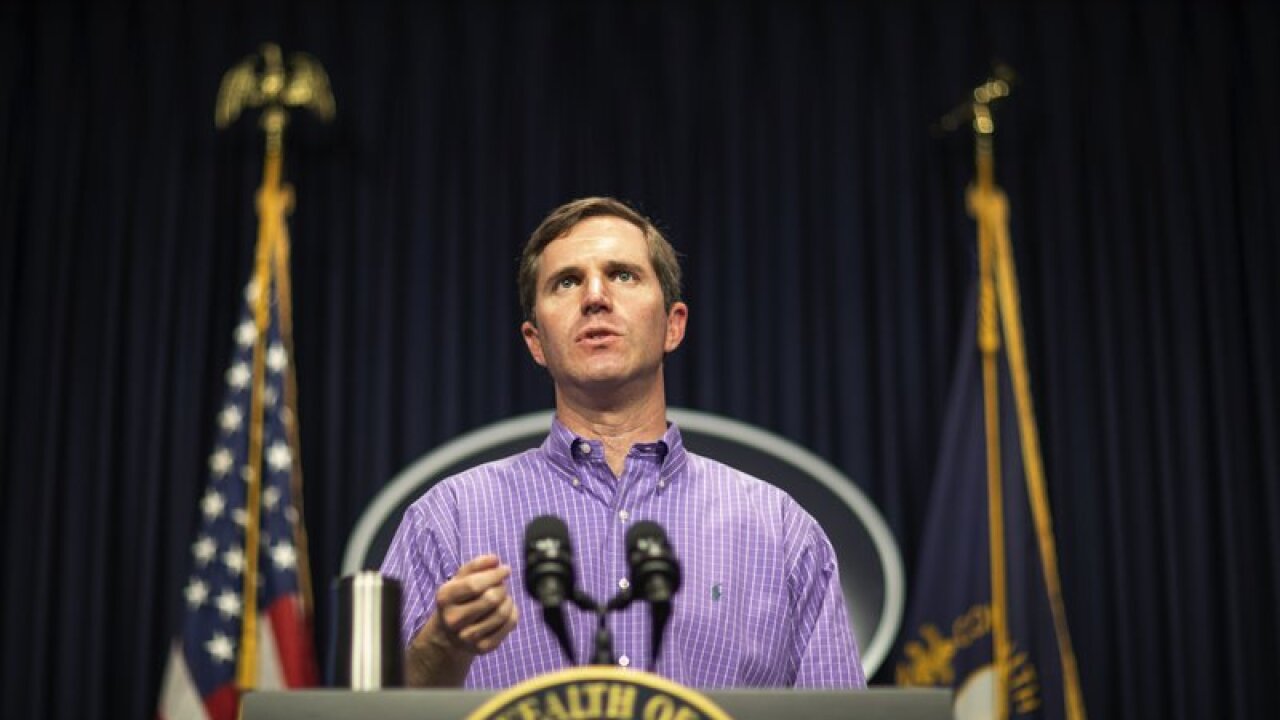 FRANKFORT, Ky. (AP) — A fence will go up around the Kentucky Governor’s Mansion in response to a spring demonstration where armed protesters gathered outside the home and then hanged Gov. Andy Beshear in effigy, the governor’s office said Tuesday.

Security officials requested the fence be built after the late May protest, Beshear spokeswoman Crystal Staley said. Details on when the fence will go up and its cost weren’t immediately available.

The demonstrators crossed barriers to reach the front porch of the mansion, “just a window pane away” from where Beshear and his wife are raising their two children, Staley said. Protesters chanted for the governor to come outside. No one came to the door, as state troopers monitoring the rally got out of their vehicles to observe the group but not intervene, the Courier Journal reported.

The effigy of the Democratic governor later was hanged in a tree on the state Capitol grounds. A video from that day showed that some of the demonstrators were armed.

“At that time, the Kentucky State Police executive security requested a fence be built for the safety of the current and future first families,” Staley said Tuesday in a statement.

The demonstration was billed as a rally in defense of constitutional rights, including the right to bear arms. It turned into a protest against coronavirus restrictions and Beshear’s administration.

Beshear later referred to the protesters as a mob that resorted to “fear and terror.”

“Crossing over barriers, standing on the other side of the glass from where I raise my kids and hanging me in an effigy, that’s an action intended to use fear to get their way,” he said in the days after the protest.

The governor said he would not back down — “not to them and not to anybody else.”

Like other governors, Beshear took steps to loosen virus-related restrictions as the economy reopened. But with coronavirus cases on the rise in Kentucky, Beshear issued a recent order requiring most Kentuckians to wear face coverings in public places.