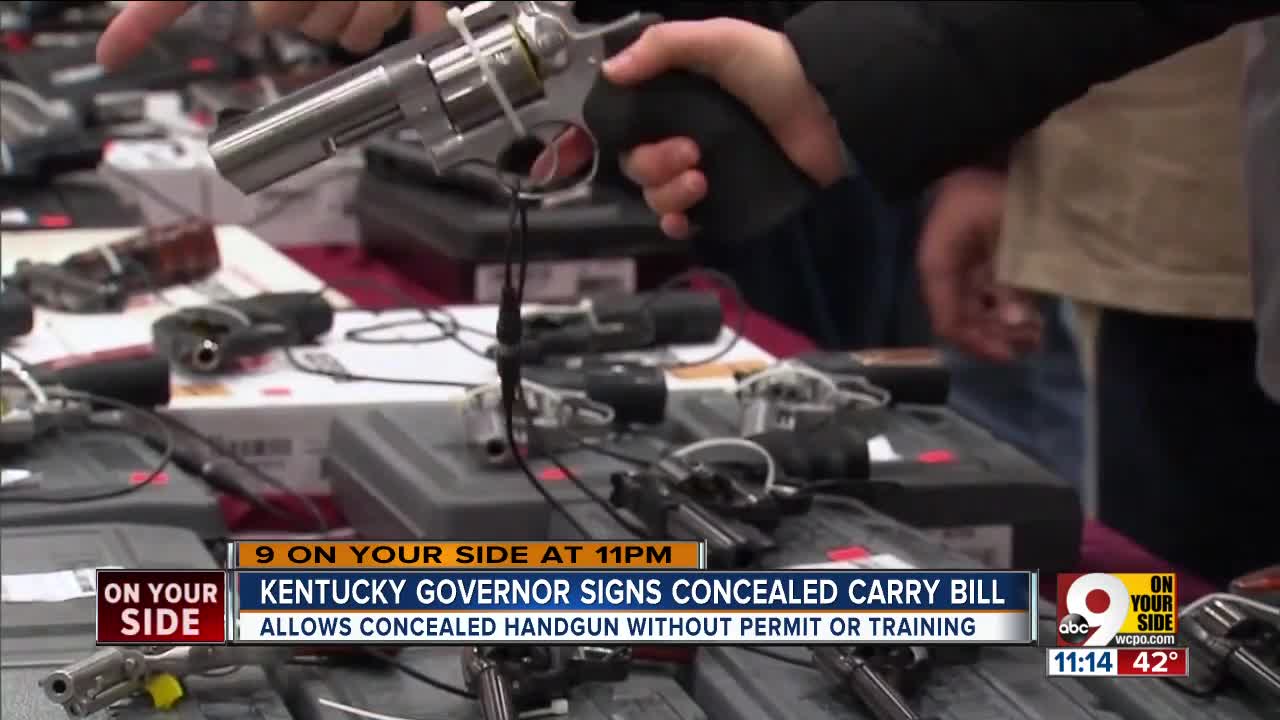 Kentuckians will soon no longer need a license or any training to legally carry a concealed firearm. Governor Matt Bevin's decision to sign the law sparked concerns among gun owners and gun control advocates, who worried about the consequences.

Kentucky Gov. Matt Bevin on Monday signed a bill that will allow Kentuckians to carry a concealed gun without a permit or training.

Although the National Rifle Association backed the bill and greeted its passage with enthusiasm, some everyday gun owners were more ambivalent.

John Graff, who has held a concealed carry license for over 20 years, said he believed the law would allow people to sidestep the education that would turn them into responsible permit holders.

"I think the training’s a very important part of knowing what the law is and what your responsibilities under the law are," he said. He also acknowledged the potential safety risks of allowing individuals to carry without oversight. “I think most people will be more conscientious than that, but there’s going to be a few bad apples.”

"I don’t believe that you should need a license to do something that’s a right," he said.

The news doesn't spark concern for his business, he added. He expects many people will still seek a permit because of Northern Kentucky's close proximity to Ohio and Indiana, where such permits will still be required. Both states have reciprocity with Kentucky, meaning a permit issued in the Bluegrass State will be equally valid in its neighbors.

Another piece of insurance for Chastain: The training he provides is valuable to gun owners whether or not it is legally required, he said.

"They take the class because they want the firearm safety instruction," he said. "They want to hear about situational awareness and how to shoot and hold a firearm responsibly, how to store it responsibly.”

It was already legal to open carry without a permit in Kentucky. Senate Bill 150 allows anyone age 21 or older who lawfully possesses a firearm to carry concealed firearms or other deadly weapons any place someone with a permit was allowed to carry them before, without needing a permit.