Grimes contests law removing her power over elections board 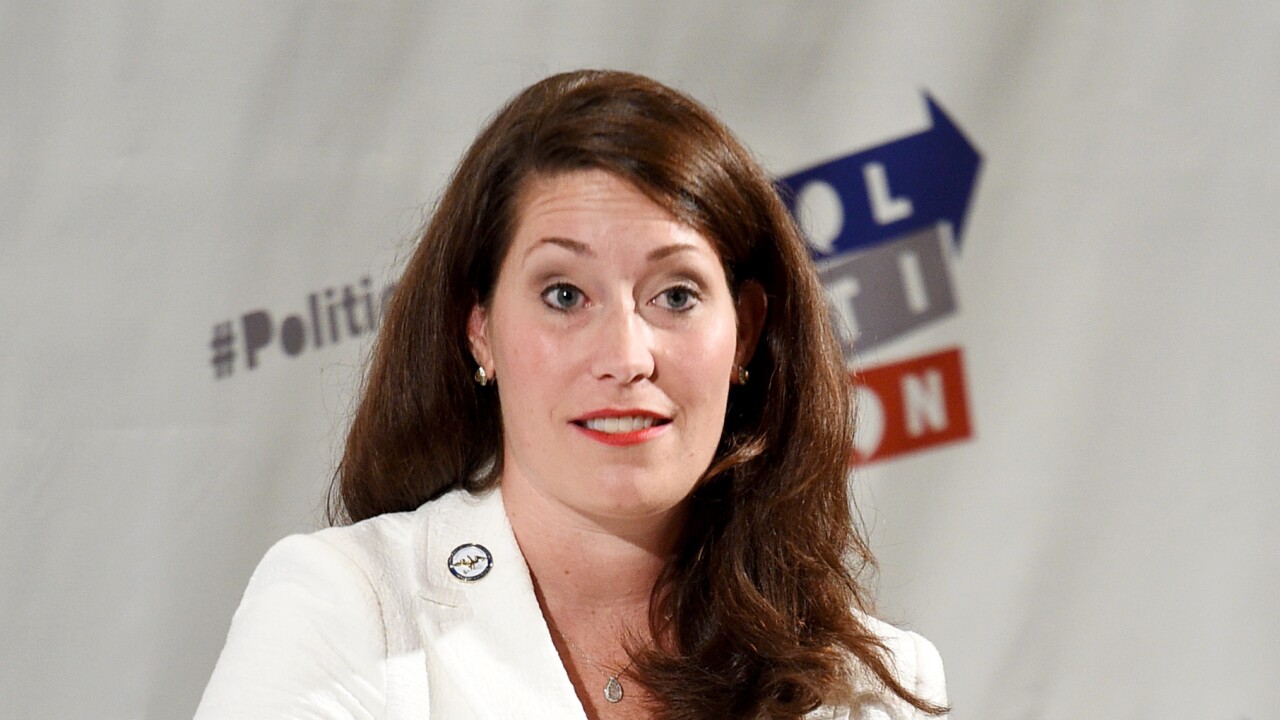 FRANKFORT, Ky. (AP) — Kentucky's secretary of state has challenged a new state law removing her power over the State Board of Elections, claiming the action by Republican lawmakers amounts to an unconstitutional infringement of her executive authority.

The lawsuit by Alison Lundergan Grimes, one of the state's most prominent Democrats, warns "confusion and uncertainty" will surround Kentucky's May 21 primary election unless the law is invalidated.

Grimes filed the lawsuit Monday in Franklin County Circuit Court. It seeks an injunction blocking the law's implementation and a ruling that it violates Kentucky's Constitution.

Some top Republican state lawmakers are among the defendants. One of them, Senate Majority Floor Leader Damon Thayer, on Tuesday criticized Grimes for going to court to challenge the law.

"This is not surprising considering that whenever Democrats lose in the legislative process, they sue," Thayer said in a phone interview. "People have become accustomed to it and they're sick of it. The legislature makes the laws and the executive branch abides by them."

House Speaker David Osborne, also named in the suit, said in a statement that "as with all legal matters — no matter how frivolous — we will consult with counsel and respond accordingly."

Grimes, in her second term as secretary of state, cannot seek reelection this year because of term limits. She considered running for governor this year but decided against it. Grimes lost a high-profile U.S. Senate race against Republican Mitch McConnell in 2014.

Her lawsuit describes the legislative action as a "partisan political effort" that has left Grimes with "no meaningful ability to discharge her duties" as Kentucky's chief election official or to participate in the elections board's business.

Unless the law is blocked by a judge, the primary election "will be overseen pursuant to an unconstitutional law," the suit warned.

The law was enacted during this year's legislative session and signed by Republican Gov. Matt Bevin. It carried an emergency clause allowing it to take effect immediately.

It also limits access by the secretary of state's office to a database of registered voters. It makes it a misdemeanor for anyone to misuse the state's voter registration system.

The secretary of state and two designees are allowed access to the database under the law, but they could not make changes to it without approval from the elections board.

The measure came after two employees at the State Board of Elections accused Grimes of wielding excessive power over the board and using her access to the voter database for political purposes. Grimes denies the allegations, saying her office followed the law "at all times."

Thayer led the push for the new law. During a Senate debate, Thayer said: "We need to send a message to the voters that one partisan political figure cannot have ... unfettered access to our voter database."

Thayer successfully added the language to a House bill when his own measure to limit Grimes' authority had stalled. Several House members harshly criticized the process that brought the bill to the House floor for a vote.

Grimes' suit claims the law violates constitutional separation of powers. It also claims the elections board was unlawfully reconstituted into an independent state agency.

By relegating the secretary of state to a nonvoting member, it leaves an equal number of Democrats and Republicans as voting members of the elections board, the suit said.

"This structure appears designed to guarantee inevitable gridlock — and to unreasonably impede the ability of the Secretary of State and the State Board of Elections to administer free and fair elections and of the executive branch to otherwise enforce the Commonwealth's election laws," the suit said.