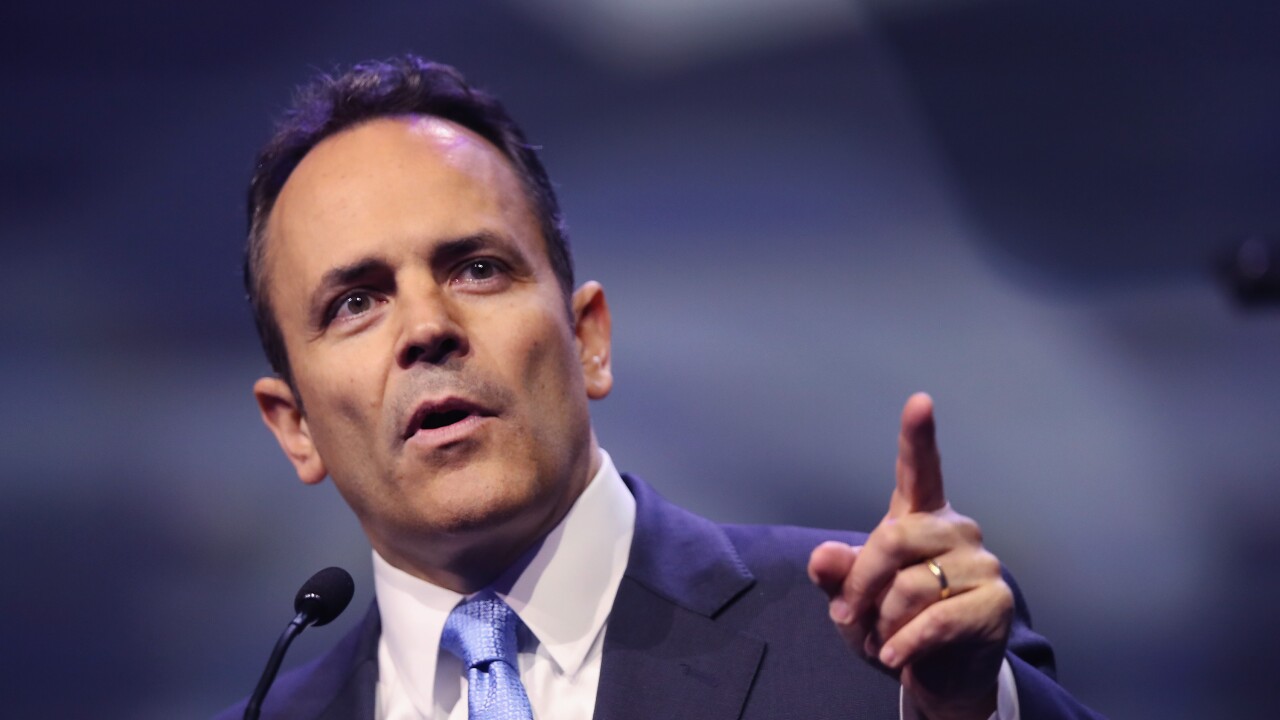 Scott Olson/Getty Images
LOUISVILLE, KY - MAY 20: Gov. Matt Bevin (R-Ky.) speaks at the National Rifle Association's NRA-ILA Leadership Forum during the NRA Convention at the Kentucky Exposition Center on May 20, 2016 in Louisville, Kentucky. The convention, which opened today, runs until May 22. (Photo by Scott Olson/Getty Images)

Gov. Matt Bevin said Tuesday that both Trump and Pence are "committed to coming" to Kentucky and each could potentially visit Kentucky multiple times in the coming months.

Bevin made the comments during radio interviews on WKDZ and WMDJ.

The governor is an outspoken supporter of Trump, who won Kentucky by a landslide in his 2016 election to the White House. Bevin has made joint appearances with a series of Trump administration officials in the past year.

Bevin is being challenged by Democratic Attorney General Andy Beshear in this year's election in the bluegrass state.