Bevin at gubernatorial debate: I regret nothing I've said about teachers 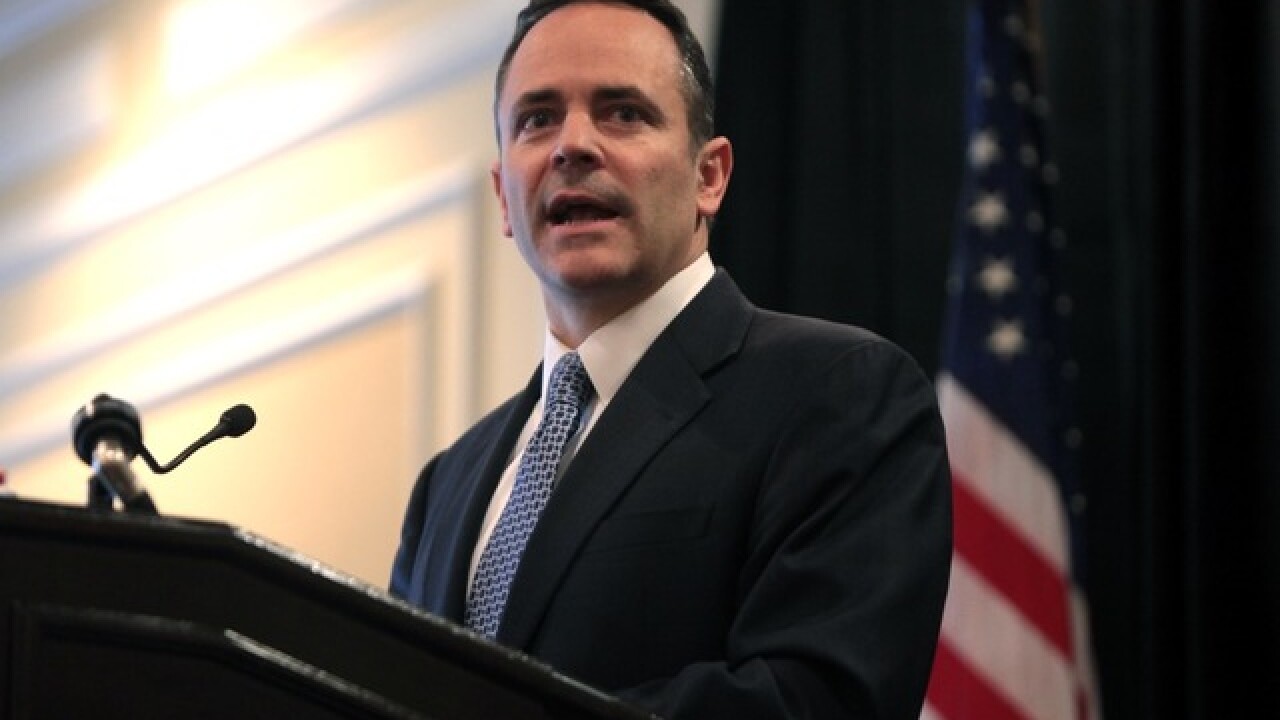 LEXINGTON, Ky. (AP) — Republican Gov. Matt Bevin aggressively pushed back against Democratic challenger Andy Beshear's plan to legalize casino gambling, while the incumbent declared he regretted nothing he's said about teachers as they met in a high-stakes debate Monday night.

The bitter rivals, sitting next to each other, didn't hide their mutual animosity during the hourlong debate shown statewide on Kentucky Education Television. It came barely more than a week before their Nov. 5 election showdown. The two talked over each other repeatedly and the debate turned personal at times.

Beshear defended his plan to legalize casino gambling to generate revenue to shore up woefully underfunded public pensions. Bevin denounced the plan as a "pipe dream," saying it would never win approval from the GOP-led legislature.

Bevin also questioned Beshear's claims that casino gambling would generate more than $500 million in yearly state revenue, denigrating the estimate as "made up numbers."

"You're promising things that cannot be delivered," Bevin said.

Beshear responded that his revenue estimate was sustainable — reflecting the amount that he said now flows to other states where Kentuckians go to gamble. Casino revenue would free up other money to spend on education and other priorities, he said.

The debate opened with an issue that has dogged Bevin — his deep rift with many teachers. Bevin was asked about his criticism of teachers and whether he regretted anything he has said about them.

The governor replied: "No, nothing that I have said about educators do I regret."

Beshear pounced on the answer, saying it should disqualify Bevin from serving another term. Throughout the campaign, the Democratic challenger has exploited the feud between Bevin and many teachers while calling the governor a bully.

"Yes, they deserve an apology," Beshear said. "And to still be sitting here eight days from an election, saying he regrets none of it, shows you why he can no longer serve as governor."

The governor criticized teachers who used sick days in the past two years to rally at Kentucky's Capitol against pension and education proposals he supported. Some days, so many teachers rallied that some schools closed.

In 2018, Bevin asserted without evidence that an unidentified child who had been left home alone somewhere in the state had been sexually assaulted on a day of mass school closings as teachers rallied. He apologized but then doubled down earlier this year, connecting a girl's shooting in Louisville with school closings caused by teacher protests.

Monday night, Bevin professed his respect for educators, noting that several of his relatives have been teachers. Bevin noted that teacher pensions have been fully funded during his tenure. He acknowledged that he had "many choice words" about the Kentucky Education Association.

The debate turned personal when Bevin referred to his rival as the "Hunter Biden of Kentucky." It was a reference to the son of former Vice President Joe Biden. Bevin said everything Beshear has "ever gotten" was due to his father, former two-term Gov. Steve Beshear, who preceded Bevin in office.

Beshear said the barb reflected Bevin's pattern of personal attacks in debates and during his tenure as governor against people with whom he disagrees.

"We've seen a temperament here tonight, across these debates, but more importantly the last four years, where you can't insult somebody and then ask them to sit down at the table and get something done," Beshear said.

The two also squabbled over a memorable exchange from their Saturday night debate that revolved around Bevin's claim in a July radio interview that suicides happen nightly in casinos.

Bevin denied making the recorded suicide claim Saturday night. But he acknowledged saying it when the quote was read to him during Monday night's debate.

In the July interview on WKDZ, Bevin said: "Every night somewhere in America, somebody takes their life in a casino because they've wasted the last semblance of dignity and hope that they had."

Bevin noted Monday night that when Beshear confronted him about the quote Saturday night, the Democrat referred to suicides on casino floors.

Beshear downplayed the difference, saying that a governor who would "fabricate a fact like this" can't be trusted to lead the state.

Their final debate is scheduled for Tuesday night in northern Kentucky.