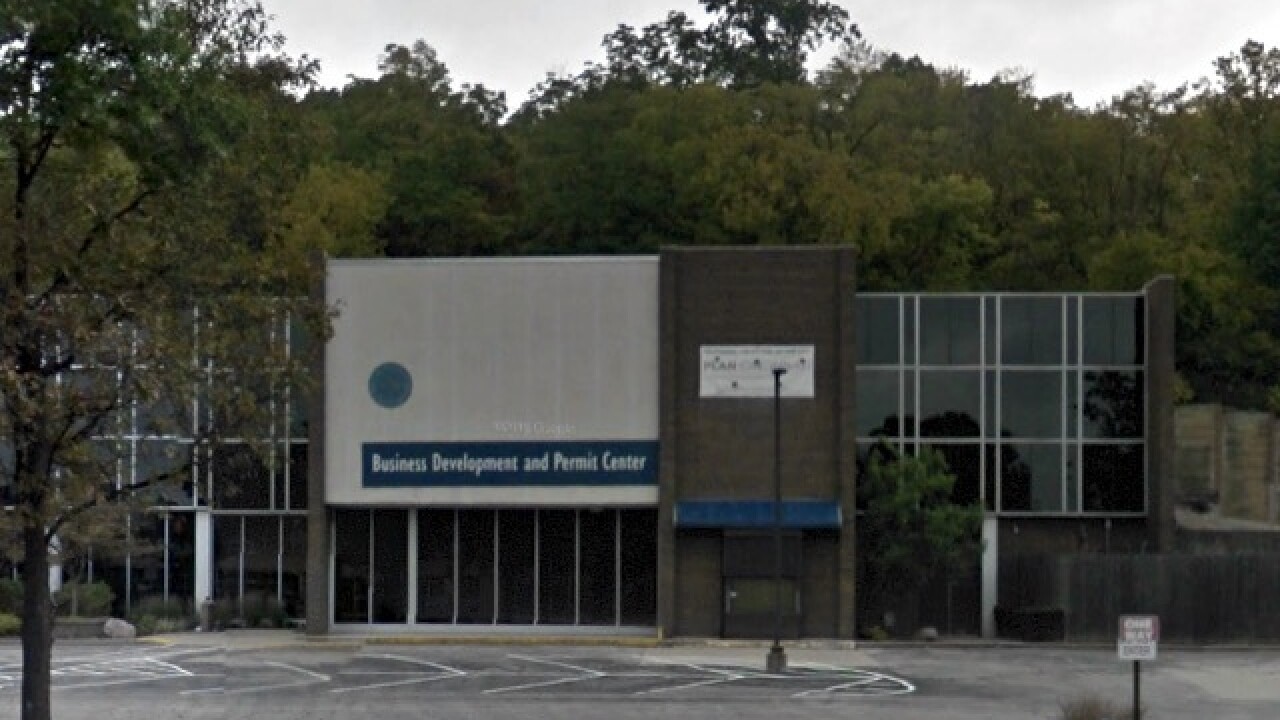 CINCINNATI -- The lights are on, but nobody's home at the city's old permit office on Central Parkway.

Well, security and emergency lights anyway. And the heat. The building at 3300 Central Parkway has 432 solar panels on the roof putting out power, and they're helping keep the lights and heat on, city spokesman Rocky Merz said.

Even though the city's Department of Buildings and Inspections moved to Centennial II, across the street from City Hall, in November 2015, Merz said the Central Parkway building is still used for some storage.

The 101-kilowatt array was installed in 2012 under a deal with  Solar Power & Light of Miamisburg, Ohio. In exchange for putting solar panels on the roof, the city agreed to buy back the power they generate. The energy output varies by season.

"Even vacant, the building is fully utilizing the output from the panels," Merz told WCPO.

Merz said the city is figuring out what it might do with the Central Parkway site. Cinergy, a sucessor to Cincinnati Gas and Electric, sold the property to the city in fall 2003 for $2.1 million, according to Hamilton County property records. Cincinnati's first centralized permit office opened there the following spring.

Some complained last year about overgrown weeds and grass at the property even as homeowners faced $500 citations for neglecting their yards; a crew quickly arrived to start mowing.

Anyone issued a citation has 10 days to correct the problem, so Merz said the city wouldn't face the fine either.