Should Ohio have broader 'anti-mask' law? 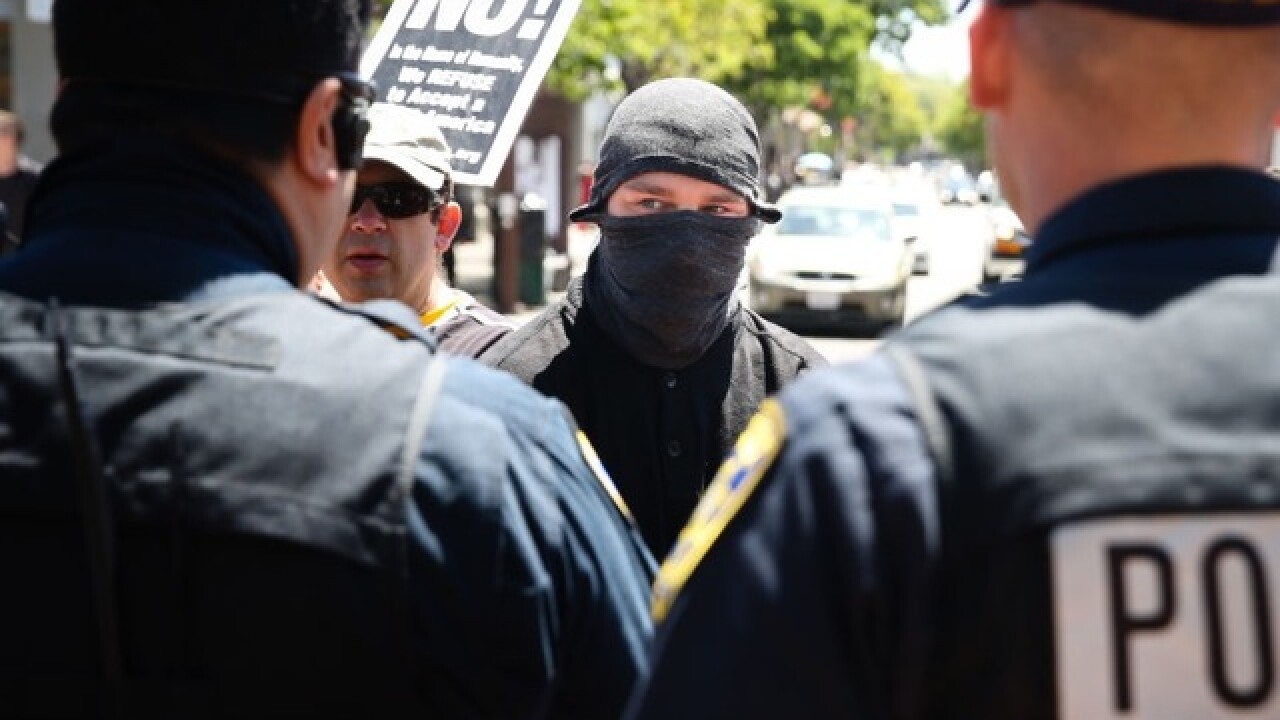 Image copyright 2017 Getty Images. All rights reserved. This material may not be published, broadcast, rewritten, or redistributed.
Elijah Nouvelage/Getty Images
<p>BERKELEY, CA - APRIL 27: A protester faces a police line at the edge of the UC Berkeley campus on April 27, 2017 in Berkeley, California. Protestors gathered in Berkeley to protest the cancellation of a speech by American conservative political commentator Ann Coulter at UC Berkeley.</p>

BUTLER COUNTY, Ohio -- Butler County Sheriff Richard Jones wants a state law that would make it illegal for people to conceal their face with a mask or hood while in public.

According to the Southern Poverty Law Center, many states passed "anti-mask" laws in the 20th century to combat violence by the Ku Klux Klan.

Ohio already has a law prohibiting anyone from getting together with another person "to commit a misdemeanor while wearing white caps, masks, or other disguise."

But Jones said he's asking for the new law because of recent protests involving criminal activity; some of those involved have covered their faces.

"I fully support freedom of speech, but when you start concealing your identity, that is a precursor for criminal activity," Jones said in a Facebook post. "I think enacting this law will be a deterrent to those contemplating committing a crime."

Jones said the law should have several exceptions, including children under 16 years old, those who cover their faces or heads because of their religious beliefs, anyone celebrating holidays, taking part in theater productions or masquerade balls, and people protecting their faces against the weather.

In a letter to state Rep. Bill Seitz, R-Cincinnati, Jones said Alabama, Michigan and New York are among the other states with similar laws.

The violation should be classified as a low-level felony, Jones said.

Anti-mask laws have faced legal challenges over the years: New York's law has been upheld for more than a century, while California's broad mask ban was overturned. According to the New York Times, California subsequently passed a much narrower ban, similar to Ohio's existing law.