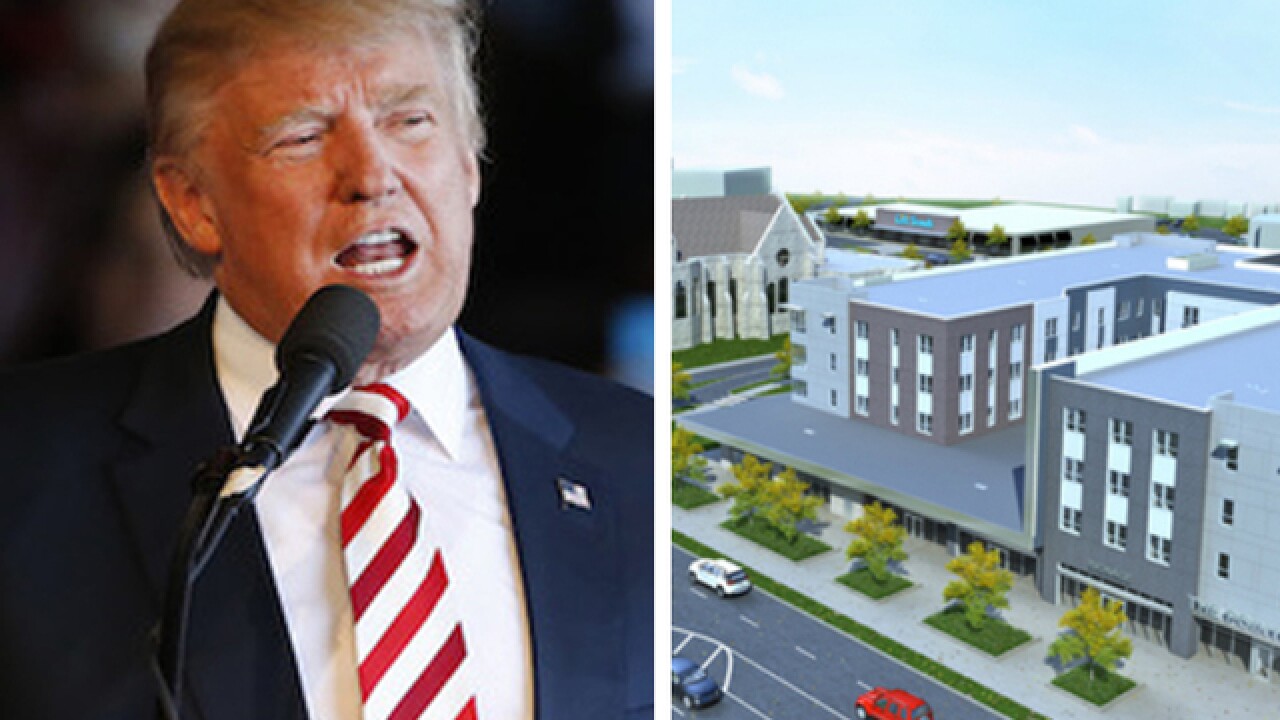 Copyright 2017 Scripps Media, Inc. All rights reserved. This material may not be published, broadcast, rewritten, or redistributed.
<p>A rendering of the Community Builder's Inc. plan to redevelop several blocks in Avondale through its $29.5 million Choice Neighborhood grant - a federal program that could be cut by the Trump Administration.</p>

CINCINNATI – The region’s poorest and most blighted communities could lose out on tens of millions of dollars set aside to bolster their revitalization under federal budget cuts considered by the Trump administration.

As much as $6 billion could be cut from the Department of Housing and Urban Development, according to preliminary budget documents obtained this week by The Washington Post, a WCPO media partner.

The proposed cuts would trim funding for public housing and eliminate the Community Development Block Grant, or CDBG, program that for decades has funneled tens of millions of dollars into local neighborhood redevelopment projects.

“These kinds of cuts would devastate community-based organizations who wake up every day with the goal of trying to revitalize their neighborhoods, deal with bad landlords, remove blight and put small businesses into storefronts,” said Kathy Schwab, executive director of the Local Initiatives Support Corp. of Greater Cincinnati and Northern Kentucky. The nonprofit helps community-based developers find resources and money for their work.

Under the proposal  reviewed by The Washington Post , HUD's budget would be cut by 14 percent to $40.5 billion in the 2018 fiscal year, which starts in October.

A spokesman for HUD told The Washington Post that the budget document "is still a work in progress."

During his January confirmation hearing HUD Secretary Ben Carson's signaled cuts would indeed be coming, adding that public housing assistance shouldn't be a "way of life,"  but rather a "springboard to move forward."

“Eliminating it, entirely though, that would be a huge blow,” Schwab said.

In 2016, the city of Cincinnati received nearly $13 million from the CDBG program. Those dollars are supporting more than 30 projects and programs across the city including:

Statewide in Ohio, more than $140 million is awarded annually to communities through the CDBG program, according to HUD.

The proposed federal cuts would also eliminate the Choice Neighborhood program, which is remaking several city blocks in Avondale.

RELATED: WCPO Insiders get a free digital subscription to The Washington Post

In 2012, the program awarded $29.5 million to the Community Builders Inc. to remake more than 600 units of foreclosed low-income housing spanning several aging, apartment buildings in the neighborhood.

That work has also helped fuel the redevelopment of the Avondale Towne Center and a new neighborhood health clinic.

“The revitalization that’s happening in that community would have never happened without that grant, period,” Schwab said.

The Trump administration is expected to release its full budget plan next week.