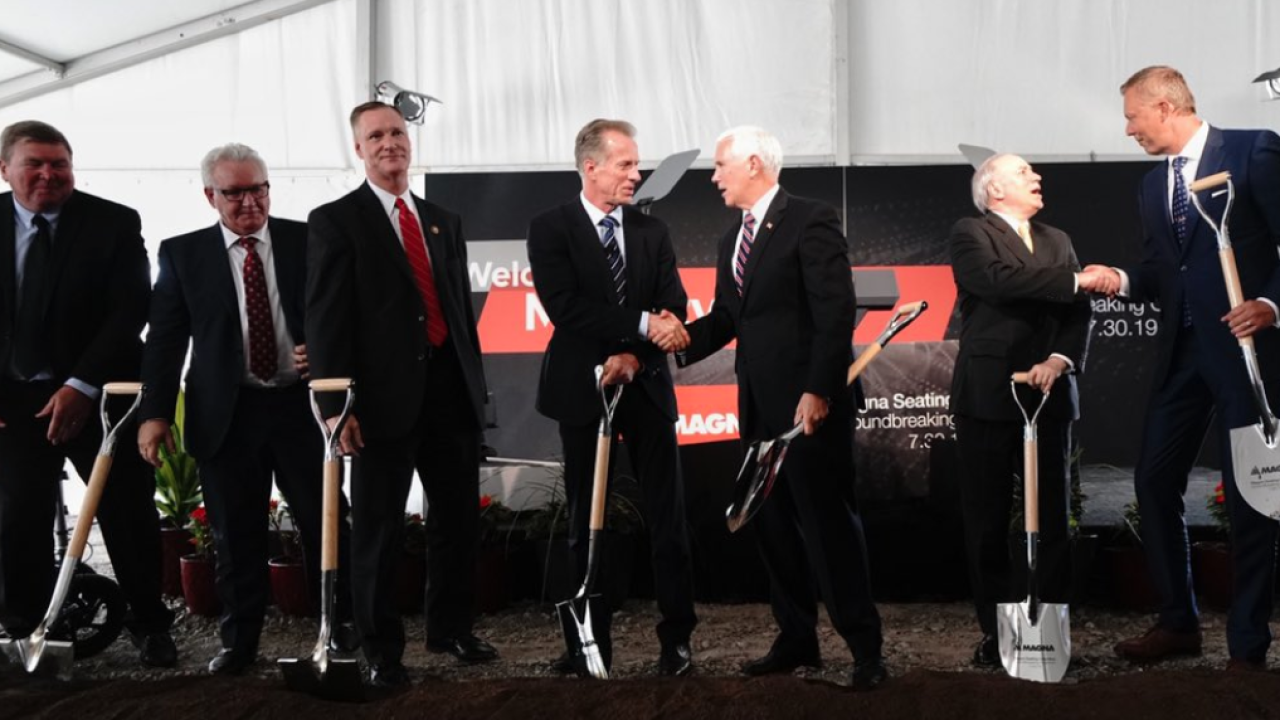 It is always amazing to see the words “Made in America” and I was so happy to be at @MagnaInt today for the groundbreaking of an American auto parts manufacturing facility! pic.twitter.com/swG7yo9Vve

Magna Seating is a division of global automotive supplier Magna International Inc., which is based in Aurora, Ontario.

Magna initially plans to locate 300 jobs in Lancaster, some 30 miles southeast of Columbus.