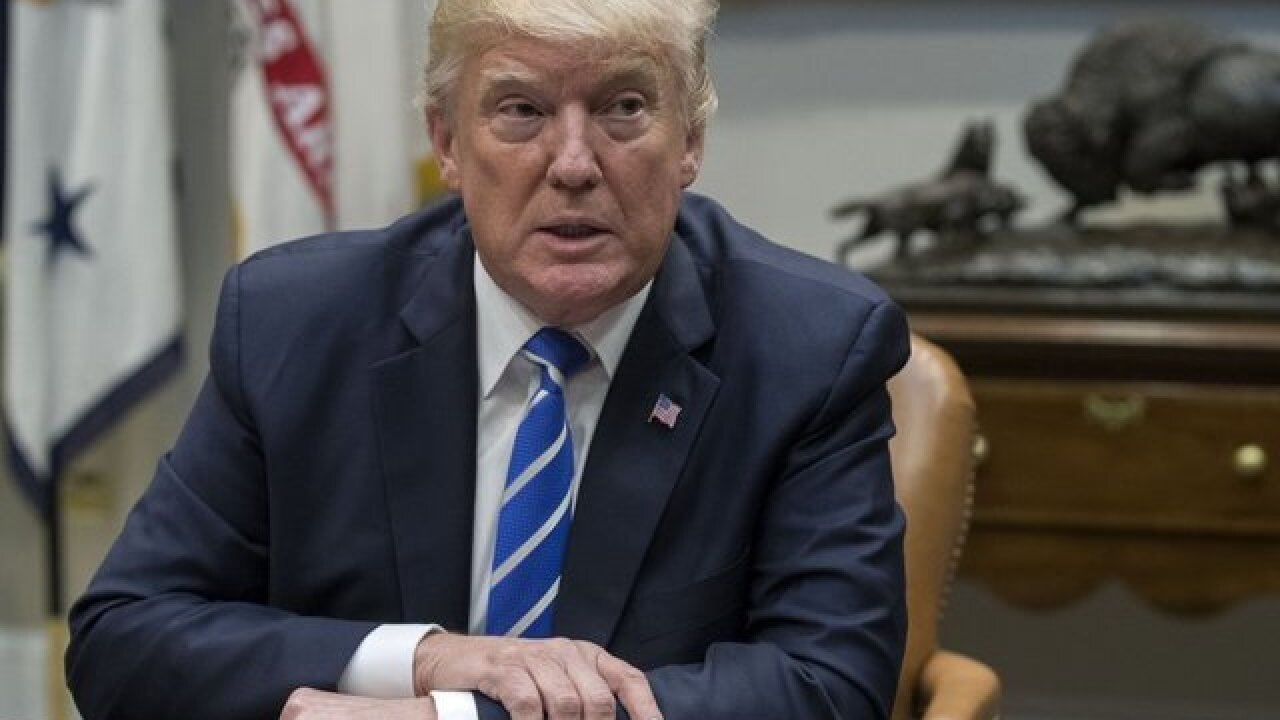 WASHINGTON -- An enraged President Donald Trump and a prominent Republican senator who fears the country could be edging toward “chaos” engaged in an intense and vitriolic back-and-forth bashing on social media Sunday, a remarkable airing of their party’s profound rifts.

In political discourse that might once have seemed inconceivable, the GOP’s foreign policy expert in the Senate felt compelled to answer his president’s barbs by tweeting: “It’s a shame the White House has become an adult day care center. Someone obviously missed their shift this morning.”

Trump earlier had laid bare his perceived grievances against retiring Sen. Bob Corker, R-Tenn., in a series of stinging tweets that contended Corker:

—was “largely responsible for the horrendous” Iran nuclear deal, which the Democratic Obama administration negotiated and Corker considered badly flawed. The senator also tried to require that President Barack Obama submit the accord to Congress for approval.

—intended to obstruct the White House agenda, though he offered no evidence for saying he expected Corker “to be a negative voice.”

—“begged” for Trump’s endorsement in his 2018 re-election, then opted against seeking a third term when Trump declined, showing the senator “didn’t have the guts to run.” The Associated Press reported that Trump, in a private meeting in September, had urged Corker to run.

—wanted to be secretary of state, and “I said ’NO THANKS,’” said Trump, who picked Exxon Mobil’s Rex Tillerson for that Cabinet post. Corker, the Senate Foreign Relations Committee chairman, was mentioned as a possible pick after the election.

Corker always had been one to speak his mind, and even before Sunday’s verbal volleys, his new free agent status promised to make Trump and the party nervous. Already, there was the prospect of even more elbow room to say what he wants and to vote how he pleases over the next 15 months as Trump and the party’s leaders on Capitol Hill struggle to get their agenda on track.

Not long before Trump’s tweeting, White House budget director Mick Mulvaney said on NBC’s “Meet the Press” that “it’s going to be fun to work” with Corker, “especially now that he’s not running for re-election, because I think it sort of unleashes him to do whatever — and say whatever — he wants to say.”

Corker, a fiscal hawk, is holding the GOP’s feet to the fire on tax legislation, declaring that he’ll oppose any measure that increases the national debt by a single cent. Republicans hold a narrow, 52-seat majority in the Senate, and just three defections would torpedo the top priority in their partisan push.

Corker delivered a rebuke of the Trump White House after the president’s provocative tweets undermined Tillerson’s diplomatic efforts to resolve the crisis with North Korea. Corker said Tillerson, along with Defense Secretary Jim Mattis and White House chief of staff John Kelly, are “those people that help separate our country from chaos.”

And Corker will be at the center of what may be a stormy debate over the future of the Iran agreement. Trump’s hostility toward the deal has stoked concerns he’s aiming to dismantle the international accord despite Europe’s objections. Corker is opposed to scrapping the agreement outright.

“You can only tear these things up one time,” Corker said. “It might feel good for a second. But one of the things that’s important for us is to keep our allies with us, especially our Western allies.”

Corker, 65, announced last month that his second, six-year term would be his last. The self-described “citizen legislator” and former Tennessee finance commissioner now stands as a throwback to the fiscally diligent Republicans of yesteryear as his GOP colleagues embrace tax cuts that, they contend, will pay for themselves by spurring economic growth.

“Done properly, pro-growth tax reform will encourage the expansion of the productive capacity of the American economy-leading to higher wages, a better standard of living, and ultimately resulting in reduced federal budget deficits,” said Sen. Pat Toomey, R-Pa., a member of the Senate Budget Committee.

But ahead of the Republican push on taxes, Corker stewed over his party’s inattention to the country’s ever-increasing national debt, now at $20 trillion-plus. Since the election, too many Republicans have acted like it’s “party time” and “a light switch has gone off” on fiscal issues, according to Corker.

He voted against the annual defense policy bill, a typically popular piece of legislation, because the measure exceeded congressionally mandated spending caps by more than $80 billion.

Corker also refused to back the Harvey storm disaster aid package, which also extended America’s borrowing authority and funded the government through Dec. 8. The package contained no offsetting budget cuts. Corker derided it as another example of Washington “kicking the can down the road.”

All that was prelude to his dismay over the current direction of the GOP’s tax overhaul. The tax system rewrite is a priority for Trump and his GOP allies in Congress. But Corker, a member of the Senate Budget Committee and the Senate Banking, Housing and Urban Affairs Committee, has said the plan’s hefty tax cuts could balloon the public debt by several trillion more dollars. He considers the government’s financial shortfalls to be more of a threat than North Korea or the Islamic State militants.

Corker in August delivered a blistering assessment of Trump in the wake of the president’s contentious remarks about the violence in Charlottesville, Virginia. Corker said Trump hasn’t “demonstrated that he understands the character of this nation.”

Trump fired back, tweeting that Corker’s comments were strange “considering that he is constantly asking me whether or not he should run again in ’18. Tennessee not happy!” Trump later encouraged Corker to run for a third term.

The senator decided not to.