How will Cincinnati-area representatives vote on Obamacare replacement?

Not all Republicans are in agreement 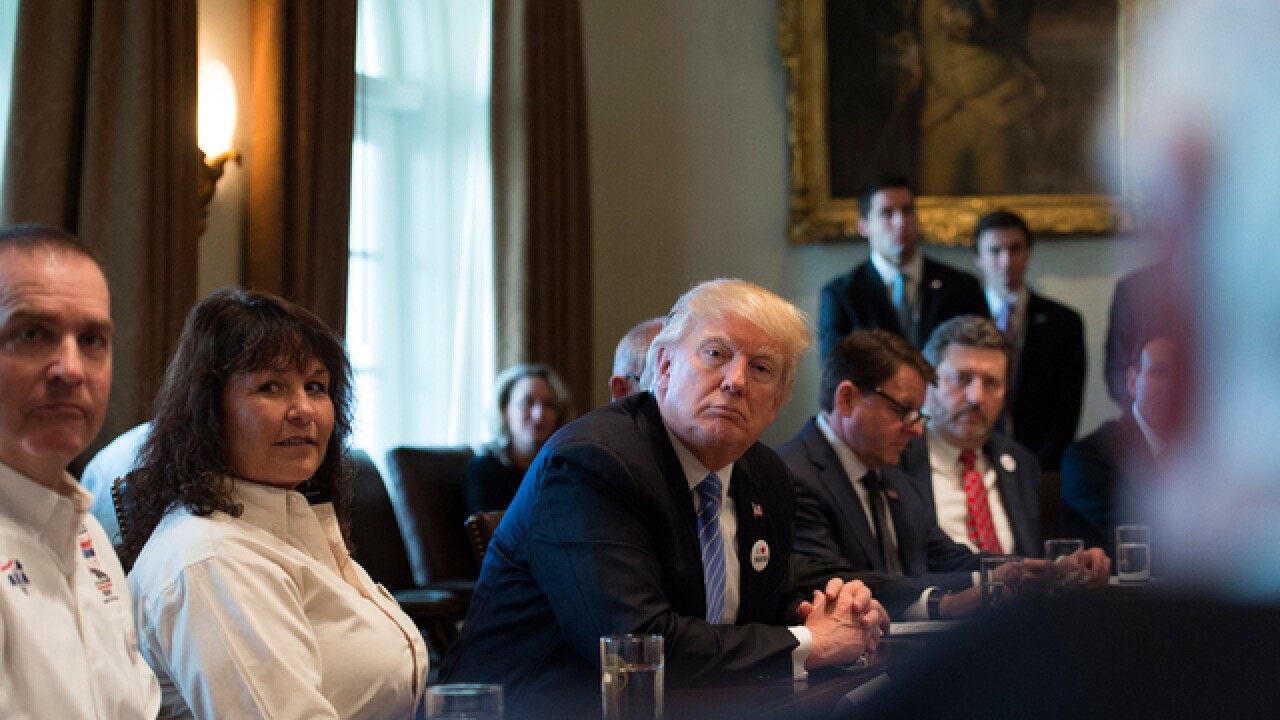 Image copyright 2017 Getty Images. All rights reserved. This material may not be published, broadcast, rewritten, or redistributed.
<p>President Donald Trump holds a listening session on health care with truckers and CEOs from the American Trucking Associations in the Cabinet Room at the White House on March 23, 2017 in Washington, DC. (Photo by Molly Riley-Pool/Getty Images)</p>

CINCINNATI, Ohio -- Republicans have been dreaming to “repeal and replace” the Affordable Care Act since it became law in 2010. Will they get their chance to do that soon?

Voting was scheduled to take place sometime Thursday, but was delayed as Republicans couldn't reach an agreement on changes to the American Health Care Act. The vote could still come in the next few days.

Not all Cincinnati-area representatives -- who also happen to be Republicans -- are sold on the Obamacare replacement, which Speaker of the House Paul Ryan introduced earlier this month.

Rep. Brad Wenstrup said the plan “gives Americans their freedom back and puts us on a path towards patient-centered care,” according to USA Today. Although at that time he could not say whether he’d for sure vote for it given that it was not in its final form.

“I think it’d be disastrous if this thing failed when we have passed a repeal so many times when it didn’t really matter,” he said. “This is when it really does matter. We’re shooting with real bullets, as they say, and if we failed, it would be embarrassing, disastrous and most importantly bad for the country.”

Troy Congressman Warren Davidson has said he will not vote for the Affordable Care Act replacement.

“I’m a fan of President Trump. I campaigned for him in Ohio. He’s well liked in our district, but this plan is not well liked in Ohio,” Davidson said during a Wednesday CNN appearance explaining why he’d be voting against the legislation.

Davidson said he wants to see Obamacare repealed and replaced, however the current proposal doesn’t actually do that. He added, though, that as the bill has been modified since its introduction, positive changes have been made -- yet he still won’t vote for it.

Kentucky Republican Rep. Thomas Massie has been vocal in his opposition of the AHCA. On March 7, just after the act was introduced, Massie told the Washington Examiner he thought it was a “stinking pile of garbage.”

The Northern Kentucky congressman told the Examiner he was against the law because it was too similar to Obamacare because it was written by the same people -- the insurance lobby.

He affirmed his earlier comments in a Wednesday afternoon tweet, saying he changed his vote from “NO” to “HELL NO.”

Sorry if I let you down. I'm changing my vote on #AHCA pic.twitter.com/JLUotqaO9L