Voters turned out in high numbers across Cincinnati area 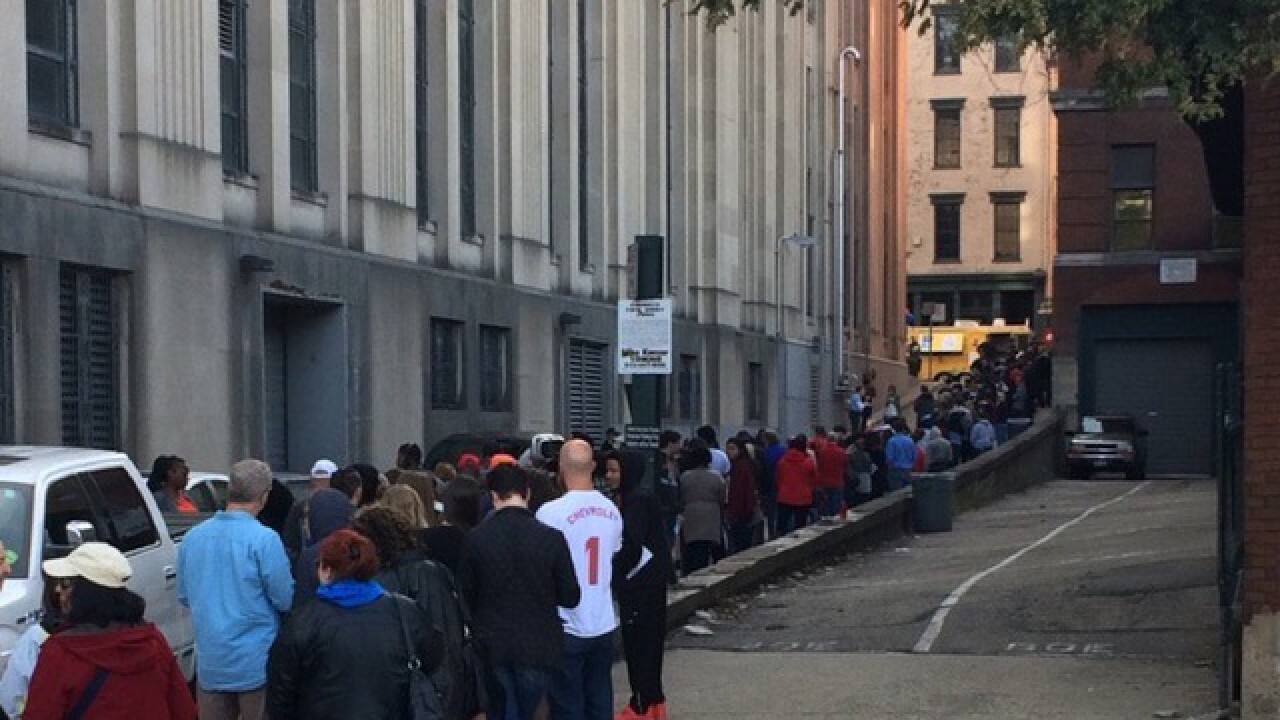 Melisse Marks | WCPO
<p>CINCINNATI. Nov. 5, 2016. A line for early voting wraps around the Hamilton County Board of Elections building in downtown Cincinnati.</p>

People may have been dissatisfied with their choices in the 2016 presidential election, but it didn’t keep them away from the polls.

Turnout in Hamilton County is expected to exceed 70 percent.

“When you look at the overall vote, this is pretty typical of a presidential election,” said Tim Burke, chairman of the Hamilton County Board of Elections. “In the end, it’s very clear that Trump had his enthusiastic, walk-through-the-walls supporters and so did Hillary. There’s no question about that.”

Turnout numbers are high elsewhere in the region: In Warren County, turnout was 76.72 percent.

Burke said the Hamilton County’s turnout may not reach the 77 percent peak in 1992, but it seems like to surpass participation rates in three of the last five presidential elections.

“It’s a great thing when people turn out to vote,” he said. “They participate and elect leaders. That’s what we want.”