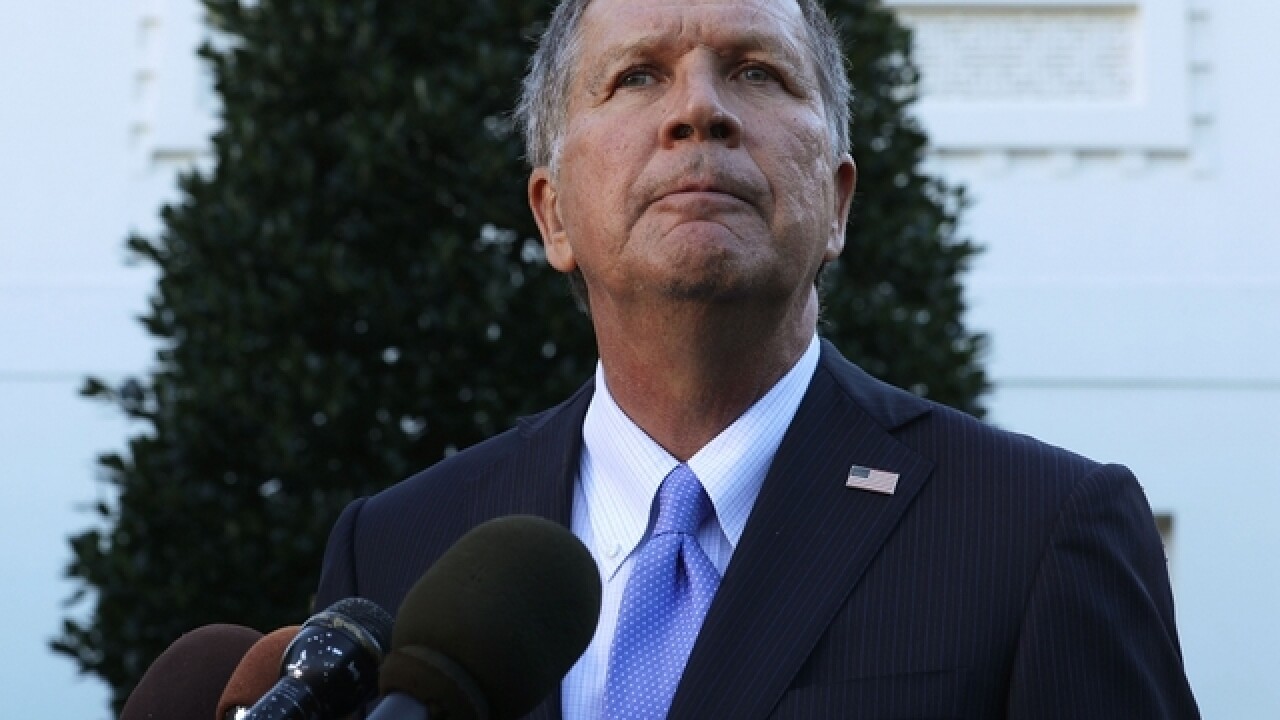 Medicaid expansion enrollment in Ohio will not be frozen after Republican lawmakers could not reach the votes needed to override Gov. John Kasich's latest veto.

After much debate both inside and outside the House Republican caucus, the majority did not bring up the Medicaid expansion freeze for an override vote, The Columbus Dispatch reports. Speaker Cliff Rosenberger, R-Clarksville, said he would not bring it up if he did not have the 60 votes needed for an override.

Kasich vetoed a proposed freeze of the Medicaid expansion and 46 other items from Ohio's state budget before signing it just ahead of a midnight deadline Friday.

"I understand the fiscal concerns that we have, but we've been able to manage it," Kasich said Friday. "I wouldn't do anything that's going to put the state in a position of where we couldn't have fiscal stability."

Conservatives had called on the outspoken Kasich to set a national example by leaving in place state budget provisions calling for freezing new expansion enrollment starting July 1, 2018, and preventing those who drop off from re-enrolling. Exemptions were written into the bill for those undergoing mental health or drug addiction treatment, but the administration said they had no legal force.

Kasich said he believes the state and nation "can deal with the fact that people have needs and at the same time we can be fiscally responsible." He noted the expansion has yielded nearly $300 million in new taxes for Ohio, essentially covering the state's share.

Kasich is one of the Republican Party's staunchest defenders of the expansion made possible under the federal health care law now targeted for replacement by his party. He was forced to make an end-run around GOP lawmakers in 2013 to become one of the first Republican governors to take advantage of the option.