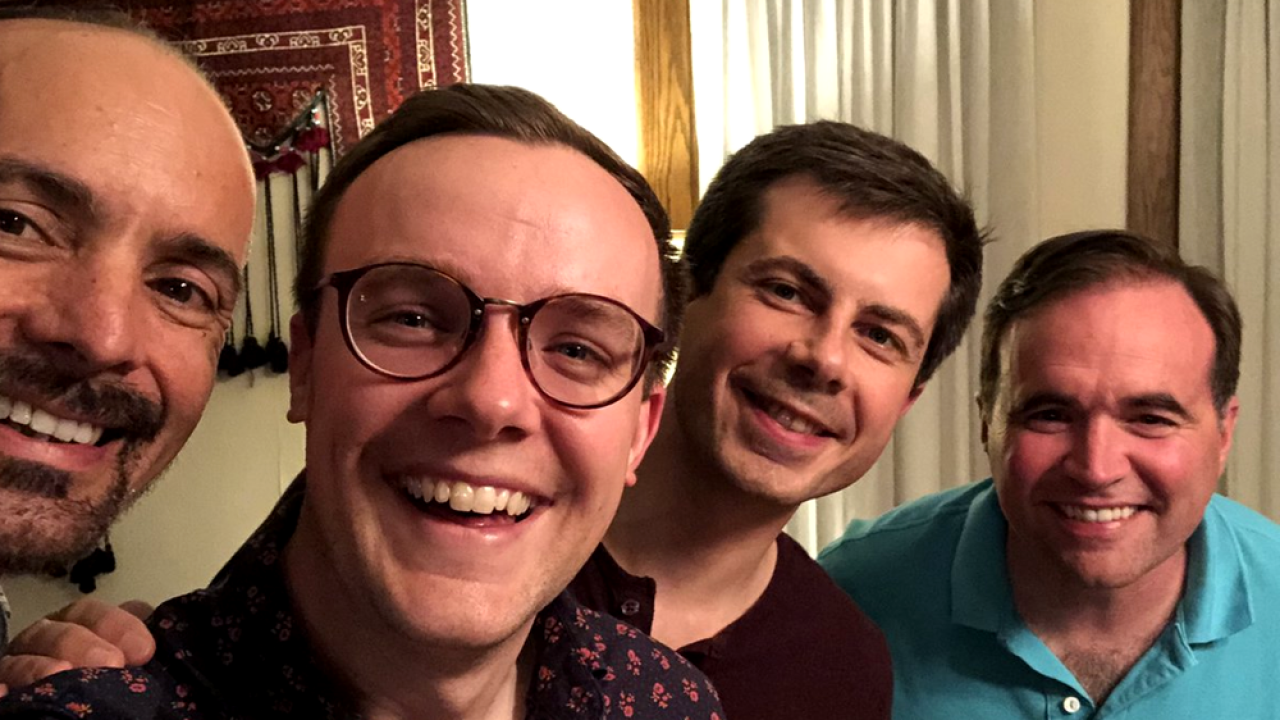 Cranley, Buttigieg and West Sacramento, California Mayor Christopher Cabaldon spent the evening at Buttigieg’s home, according to a tweet.

I call this 3 mayors (@PeteButtigieg , @mayorcabaldon and myself) and 1 celebrity @Chas10Buttigieg. Thanks to Pete and Chasten for a lovely evening at their home. Also great to meet Truman and Buddy @firstdogsSB. South Bend’s great too (great river walk!). pic.twitter.com/dXreVoPdo7

Buttigieg, a former Navy officer, has never served in a national political position and numbers among 24 people currently seeking the Democratic nomination for president in 2020. However, he consistently polls higher than many hopefuls with longer and more prominent careers, including Sens. Cory Booker and Amy Klobuchar.

That’s not enough to break the tight grip former Vice President Joe Biden, Sen. Bernie Sanders and Sen. Elizabeth Warren have on the top three spots, however, according to a recent compilation of polls from RealClearPolitics.