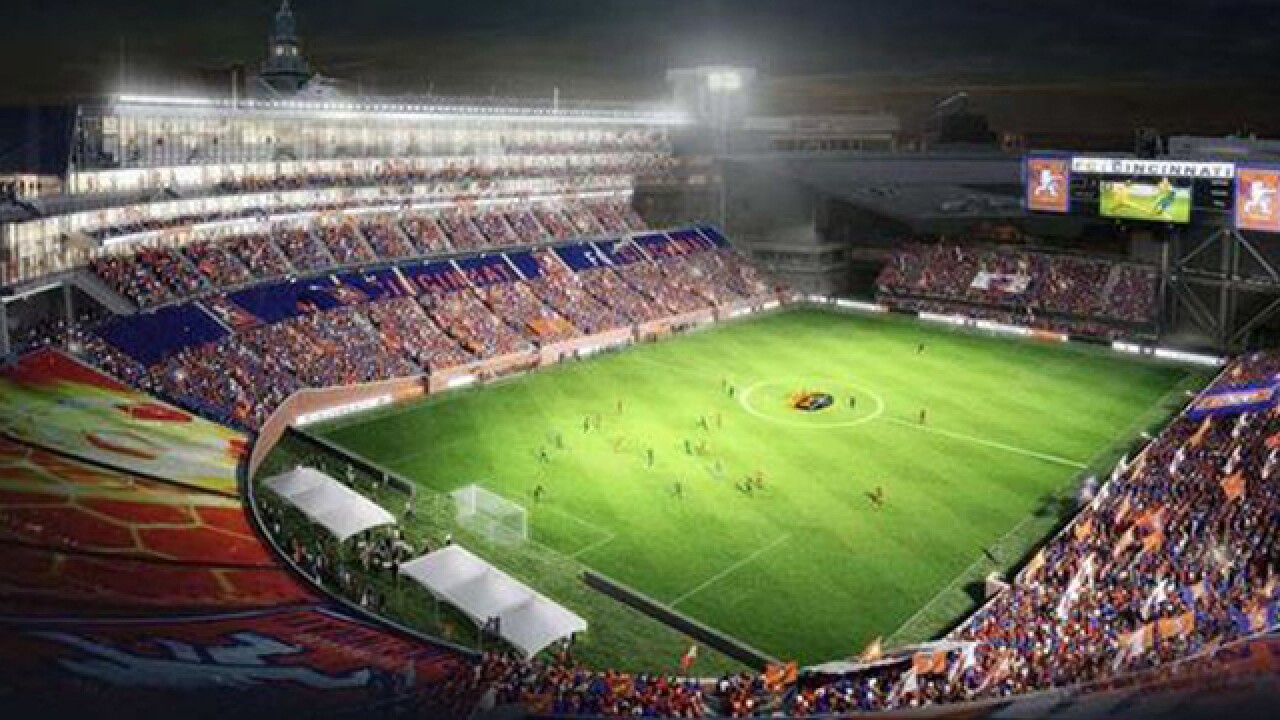 <p>This was a rendering that showed how the lower bowl of Nippert Stadium would be reconfigured for a 20,000-seat capacity crowd at FC Cincinnati soccer games.</p>

WCPO's Truth Squad. We're here to help sort through the murk and mud that can cloud our news and social media feeds to uncover the facts that matter for smart decision makers.

Today's topic: Leaders in Cincinnati and Newport are considering what kind – if any – support to give for a Futbol Club Cincinnati stadium should the team be selected to join Major League Soccer. We took a look at what kinds of financial incentives other cities across the country have offered to help build MLS stadiums.

OK, $100 million – that’s a lot. So what’s the hold up here? FC Cincinnati is looking to build a soccer stadium that could cost $200 million or more. That leaves at least a $100 million funding gap that the soccer team’s leaders hope either Newport or Cincinnati leaders can help fill with incentives.

There are 19 MLS teams in the U.S. How have other cities paid for new professional soccer stadiums? At a recent town hall FC Cincinnati General Manager Jeff Berding said the soccer team’s $100 million contribution for a new stadium is unusual.

“We’re going to pay for half the cost of the stadium – over half,” Berding said. “I don’t think you’ve seen anything like that of late.”

But we found it’s really a mixed bag when it comes to how much owners pay for soccer stadiums.

First off, four MLS teams play in stadiums that are used by another – more popular – professional sport. These are the most expensive stadiums MLS teams play in, and three used some taxpayer funds to finance the deal or the stadium’s surrounding infrastructure.

FC Cincinnati won’t be sharing their stadium with another professional sports team, so let’s take a look at the remaining 15 teams playing in the MLS.

INTERACTIVE MAP: How much have other cities, counties spent on MLS stadiums? Click on the red dots for more details.


Funding for these stadiums breaks down one of three ways:

You might be wondering where we got this data. The Marquette University’s National Sports Law Institute tracks stadium subsidies around the country. You can take a look at their research here. We then independently verified each deal through research of news articles.

What’s the most taxpayers have kicked in for an MLS stadium? Again, we’re going to look at stadiums that only host a professional soccer team for a fair comparison. Two stadium deals in particular stick out:

So, what’s that mean for a stadium here? For cities that do have an MLS team, it’s not unusual for the public to kick in for a new stadium in some way – tax breaks, loans or land acquisition. But based on our research, a $100 million public contribution for a new FC Cincinnati stadium would be one of the better deals in the country for MLS soccer stadiums.