From where to get signs to how to volunteer, here are things to know as the election gets closer 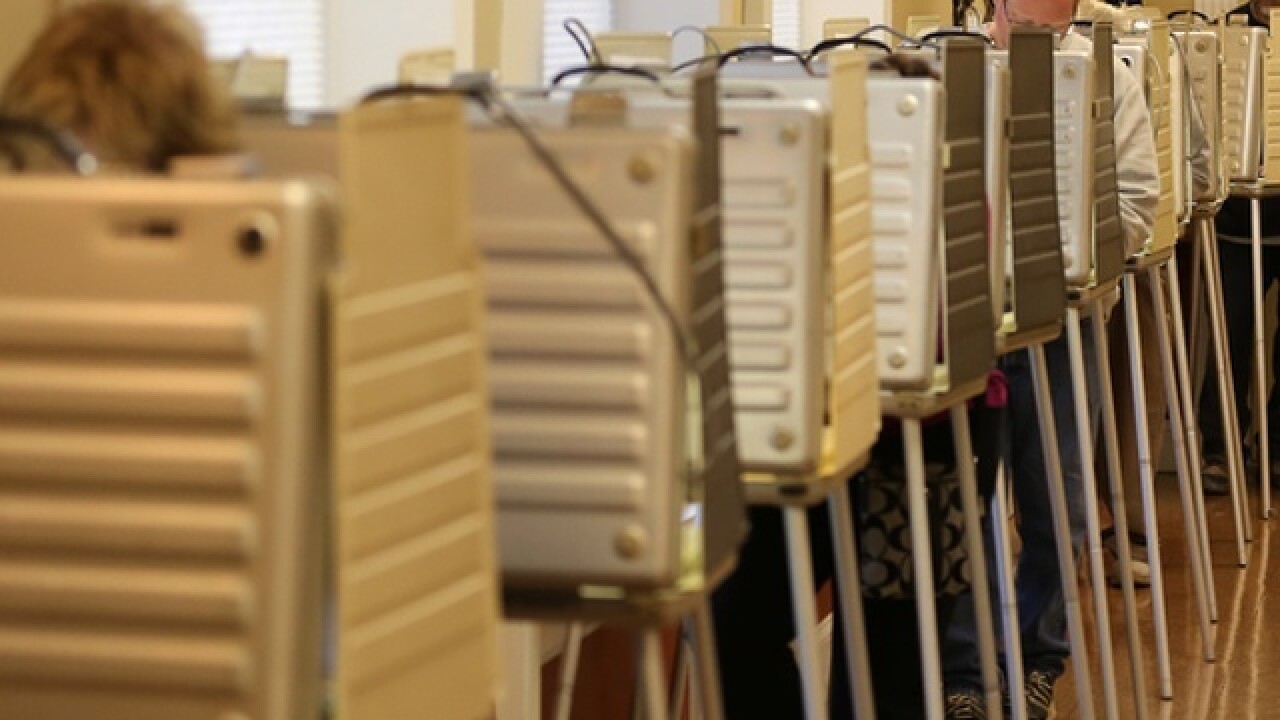 Copyright Associated Press
Associated Press | file
<p>There's nothing haphazard about the order in which election issues are positioned on the ballot in Hamilton County.</p>

The countdown to Election Day is winding down, so what should we do to prepare for it?

Grab some champagne to celebrate the end of campaign commercials?

Seriously though, although the deadline to register to vote has passed, there are other ways to get involved – as well as to vote early.

For those looking to get last minute campaign signs, there are a myriad of options, from hitting up a campaign event like the Libertarian Party’s Tailgate and Sign Wave at Sunday’s Bengals game to ordering online for Donald Trump signs to going to Lydia’s on Ludlow (329 Ludlow Ave.) for Green Party and Jill Stein signs.

For Hillary Clinton campaign signs, there are a plethora of locations doling them out. In the Cincinnati area, you can go to any of the following locations:

For some, the yard signage won’t be a first during this election cycle.

“We're also getting a lot of people coming back for more because theirs have been stolen,” said Elizabeth Gentner, the Hamilton Party Libertarian chair. She added that experience has been “consistent across the state, unfortunately.”

Gentner also said to reach out through the party’s local Facebook page after the game event to get a sign - a new one or a replacement.

Rachel Harvey Katz from the Clinton campaign said they have had people ask for replacement signs for those that have gone missing, but that the campaign didn’t keep specific numbers on how many they have replaced.

To vote absentee, the process has already begun. In Hamilton County, you can request mail-in forms or go vote in person at the Board of Elections at 824 Broadway St. in Cincinnati. Voting hours even include two Sunday afternoons from 1 pm to 5 pm.

“First and foremost, I did it just because it was convenient, just didn't want to deal with the hustle and bustle of that day,” said Jonathan Zembrodt, how lives in the Eastgate area. Zembrodt already turned in his ballot Oct. 12, the first day he could. “Now I can just sit back and watch the results.”

“It was very easy, a paper ballot that I had to fill in the ovals for the candidate/issue/levy I was voting for,” he said. “Next I had to seal it in a pre-made envelope that gets sent to my voting location the day of the election.”

If you wanted to get more involved in the process, there is still time to volunteer to work the polls on Election Day, too. There are multiple positions, from precinct election official to voting location manager, with different duties that run from assisting voters to physically returning the ballots after polls close.

In Hamilton County, a volunteer must meet the following requirements:

Be a registered and active voter in Hamilton County

Be a United States Citizen

Be able to speak, read and write fluently in the English language

Be able to solve problems

Be an effective communicator

NOT be a convicted Felon