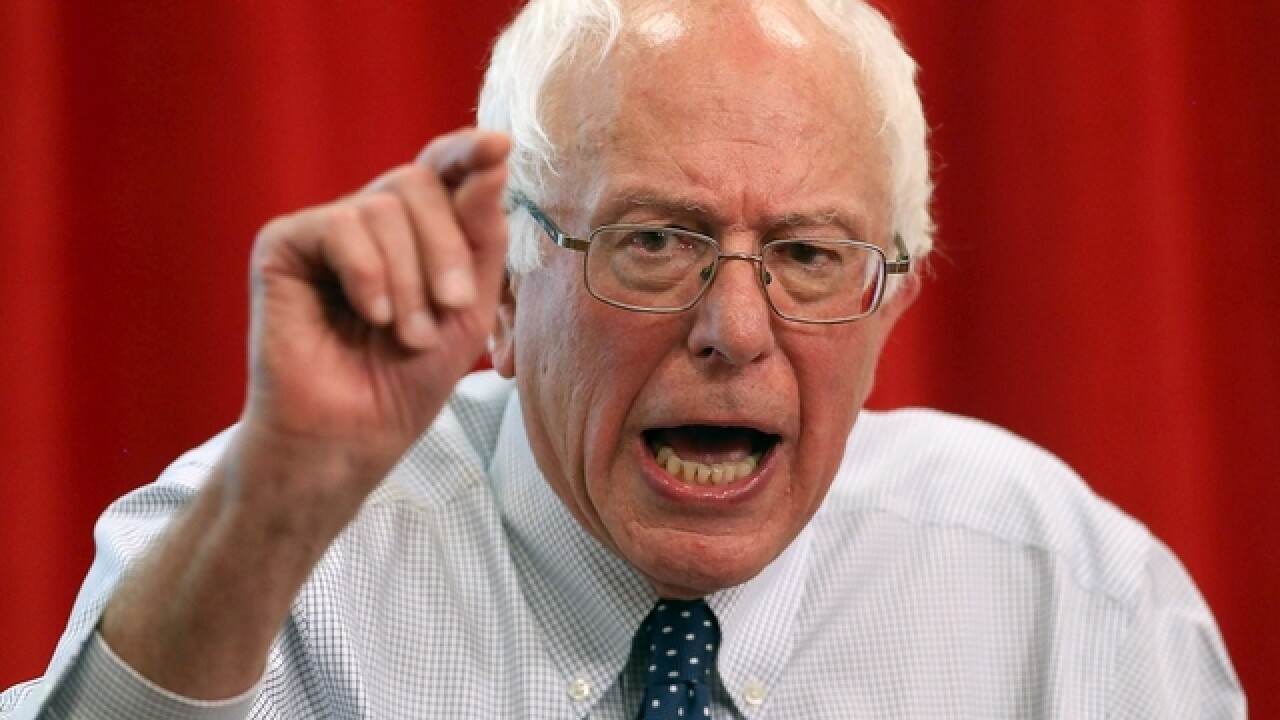 CINCINNATI -- Vermont Sen. Bernie Sanders will make another stop in the Tri-State next month while touring the nation to present his latest book.

The former presidential candidate is set to appear for a 7 p.m. discussion at Walnut Hills High School on Tuesday, Aug. 29. Tickets for the event currently cost $18.18 and include a copy of his book, "Bernie Sanders: Guide to Political Revolution." Children can attend for free.

Tickets can be purchased  here .

The event, presented by Joseph-Beth Booksellers, will discuss the "fight against the imbalances in the nation's status quo," and will show attendees "how to make a difference to effect the changes America -- and the world -- need to create a better tomorrow," according to an official listing.

Joseph-Beth organizers say they will have copies of Sen. Sanders’ other books available for purchase at the event, but the senator will not be participating in a book signing, a Q&A or a meet and greet after his presentation.

Organizers said 200 ticket holders' books will be autographed in advance, but the distribution of those signed books will be completely random.

Sanders made a stop in Covington on Sunday, July 9 to rally against the Republican health care plan currently under debate in the Senate.

At the event , Sanders said he would introduce a “Medicare for all” program after the Republicans’ current health care bill failed.

“As soon as we defeat this disastrous bill, I will be introducing a Medicare for all, single-payer program,” Sanders said.

Sanders also called on Senate Majority Leader Mitch McConnell to rescind his support of the plan.