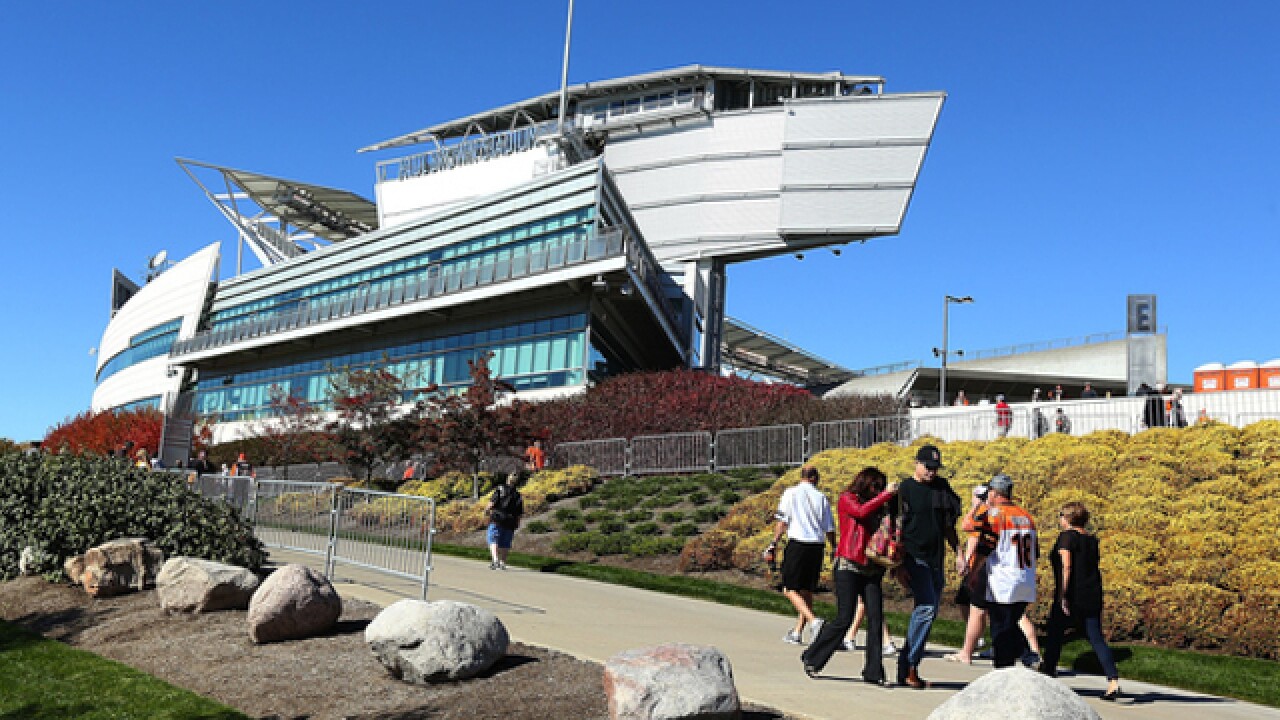 CINCINNATI -- Hamilton County will have one more year to come up with the money needed to make a $2.67 million payment to the Cincinnati Bengals for game day operating costs.

The deal, which was struck between county commissioners and the NFL team, delays the $2.67 million bill the Bengals were expected to present to county taxpayers in June. WCPO was first to report that under the county’s 1997 lease agreement, taxpayers are expected to start picking up football game day operating costs this year.

But the cash-strapped county can’t pay the Bengals this year because it faces $28 million budget deficit in 2019. The county is considering raising the sales tax to help keep the overcrowded jail running, pay for sheriff patrols and avoid deep cuts to staffing.

The lease calls for taxpayers to pick up the game day costs for the next nine years, and increases the payment by five percent every year.

The new agreement allows the county to delay that payment until 2019. In the meantime, negotiations between county officials and the NFL team will continue, Hamilton County Commissioner Chris Monzel said.

“It gives us a year here to work with the Bengals,” Monzel said. “Just seeing they want to work with us is a good sign.”

The county’s lease with the Bengals has been controversial since voters first agreed to build the football stadium and the Cincinnati Red’s stadium on the city’s riverfront. Taxpayers have invested nearly $1 billion on the stadiums since voters approved a sales tax levy to construct them, a 2015 WCPO report revealed.

“The conversation continues,” Driehaus said of negations with the team. “It’s part of a broader discussion that the Bengals and the county are having collectively.”

The Bengals said in a statement that “many issues will be coming down the pike” regarding the lease agreement, which expires in 2026. The team has the option to extend the lease.

“The parties need to be able to work together so that those issues can be solved, so that Paul Brown Stadium remains a wonderful venue for sports fans, and so that Cincinnati’s riverfront remains a gem for the whole region.”