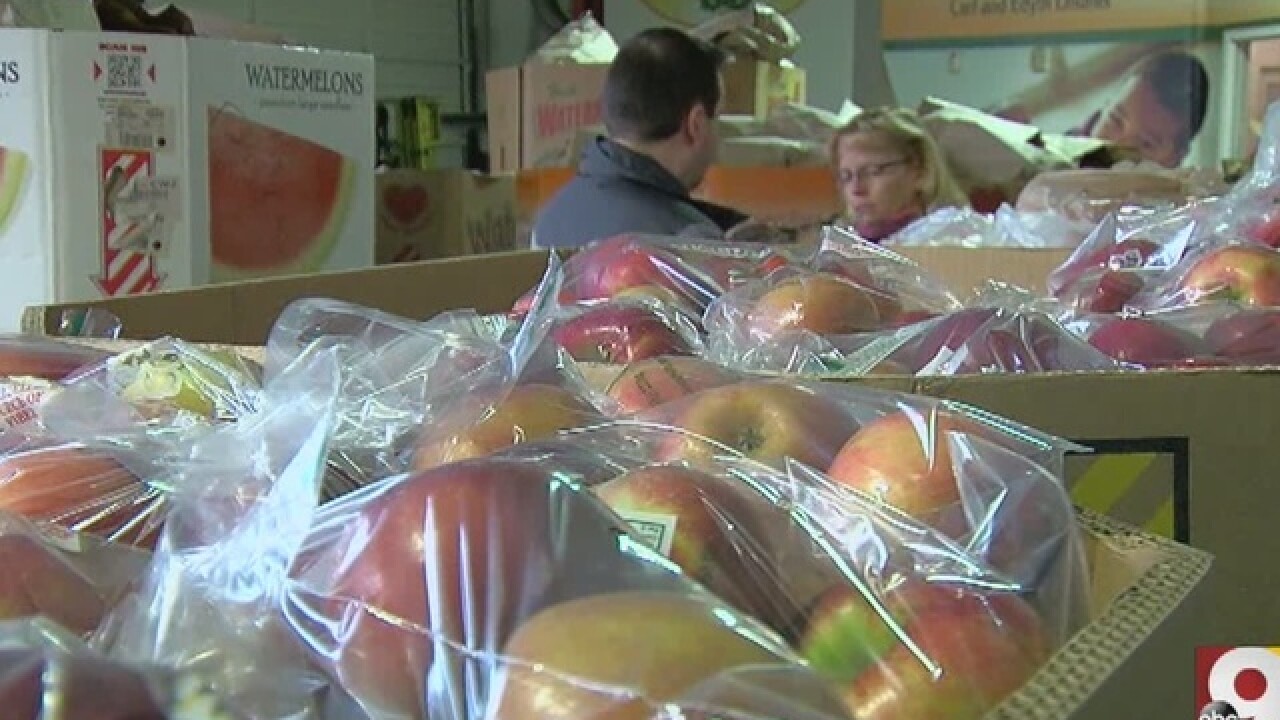 CINCINNATI -- One in six people in the Tri-State faces food insecurity, according to the Freestore Foodbank and Feeding America. Of that group, almost 100,000 of our hungry neighbors are children.

That goal may not be met if food stamps funding gets the severe cutbacks outlined in President Donald Trump's proposed budget.

Trump's proposed budget reduces Supplemental Nutrition Assistance Program funding by $190 million over the next 10 years. That means a family that counted on at least $250 per month to help buy food will now receive $170 per month.

"We think that the SNAP benefits are something that have a proven track record of success and there are other areas the federal government can look at to try and balance the budget," Reiber said.

Reiber said 82 percent of SNAP benefits go to families with a senior, child or disabled person in the household. Those families also make half of the federal poverty level.

"We're not going out there lavishly spending dollars on sustenance," Reiber said. "What we're doing is providing basic food nutrition for a family that we're serving."

"Before I got (SNAP), it was hard. Paying cash for food is expensive, and then you have your normal bills," he said. "Ten dollars an hour with three children? Somebody tell me the answer to it. It's hard, it's very hard."

Almost 44 million Americans received SNAP benefits in 2016, the USDA reports. More than 75 percent of people receiving SNAP benefits has worked in the past year, and people who receive SNAP are limited to only three months on the program, unless they get a special waiver from the state.

"We don't want tax payers to think we're leeching off that," Bell said. "We just want to be able to eat like everyone else."

Some states who largely voted for Trump in the 2016 election had the highest percentages of their populations receiving SNAP benefits in the same fiscal year, according to data from the Center on Budget and Policy Priorities.

Zac Haines, a member of the Hamilton County Republican Executive Committee and resident of Symmes Township, said he supports the decision to move some funding of SNAP to the states, an item in Trump's proposed budget.

"Another thing this administration wants to do is take a portion of the funding, roughly 25 percent, and shift that responsibility back to the states," Haines said. "I believe the government serves the people best when it's close to the people."

Groups like No Kid Hungry and are "working with members of Congress" to restore some funding of food stamps, according to an ABC News report. If approved, the cuts would take effect beginning in 2018.