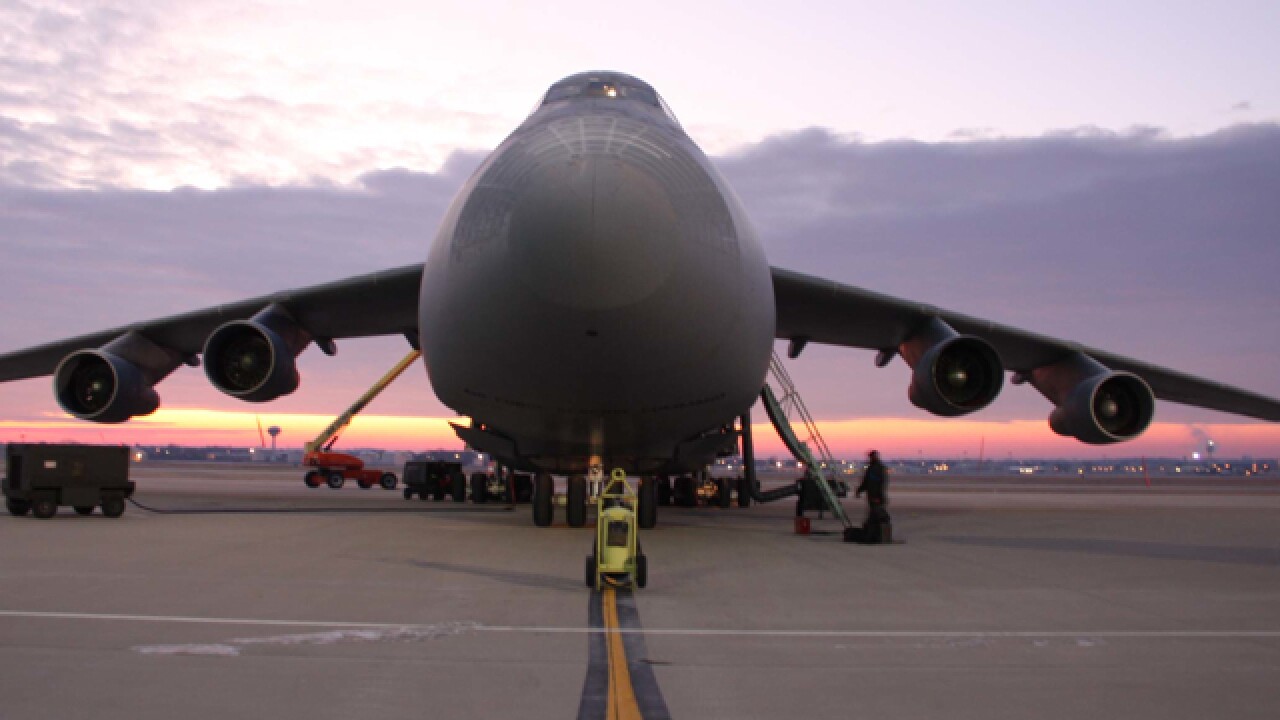 Copyright 2013 Scripps Media, Inc. All rights reserved. This material may not be published, broadcast, rewritten, or redistributed.
<p>WRIGHT-PATTERSON AFB, Ohio – The sun rising in the background provides the perfect backdrop for a C-5 Galaxy being prepped for a mission early one winter morning. (Air Force photo/Senior Airman Ken LaRock)</p>

COLUMBUS, Ohio (AP) — Ohio needs an agency that would help put the state at the forefront of military development and lobby for its current bases, a statewide committee recommended.

The state task force appointed last year said Ohio needs to be ready in case Congress revisits shrinking or realigning military operations around the country. The office would work solely on protecting and bringing jobs to its U.S. military bases and installations.

Ohio is behind other states that already have set up offices that lobby the federal government for its military bases, the task force said Tuesday.

"Many other states have already made this move and are working at an advantage," said retired U.S. Air Force Col. Cassie Barlow, a member of the committee.

The head of the task force, Republican Rep. Rick Perales of Beavercreek, introduced legislation that calls for establishing an office of government and military affairs in Ohio.

The independent agency would report to the governor and could authorize loans or grants to defense or NASA operations in Ohio.

"I don't care how much this costs, the return on investment is going to be huge," Perales said.

The last base realignment and closure review by Congress in 2005 brought more than 1,100 jobs to Wright-Patterson Air Force Base near Dayton, which is the state's largest military site with about 27,000 employees.

But committee members said Ohio may have missed out on getting more jobs and questions have been raised about why the state doesn't get a bigger share of defense contracts given its size.

"We don't rank as highly as you would think," said retired U.S. Air Force Maj. Gen. Paul Sullivan, a task force member. "We can do better."