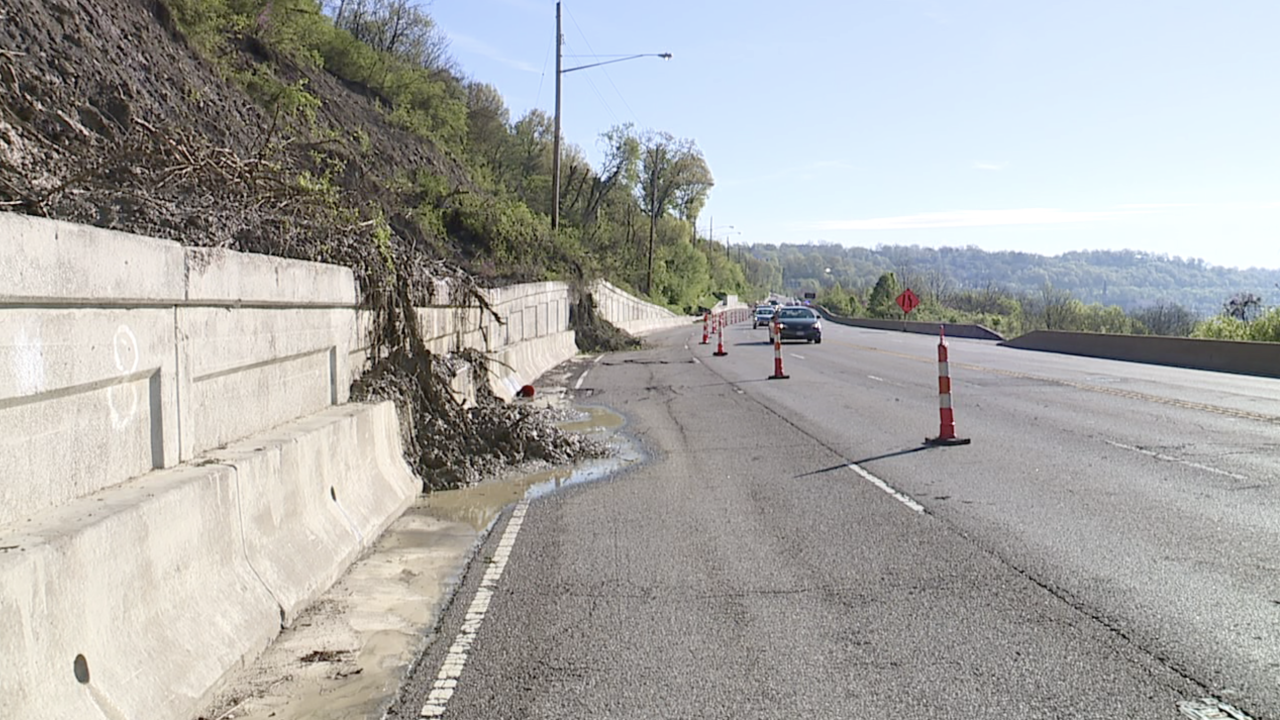 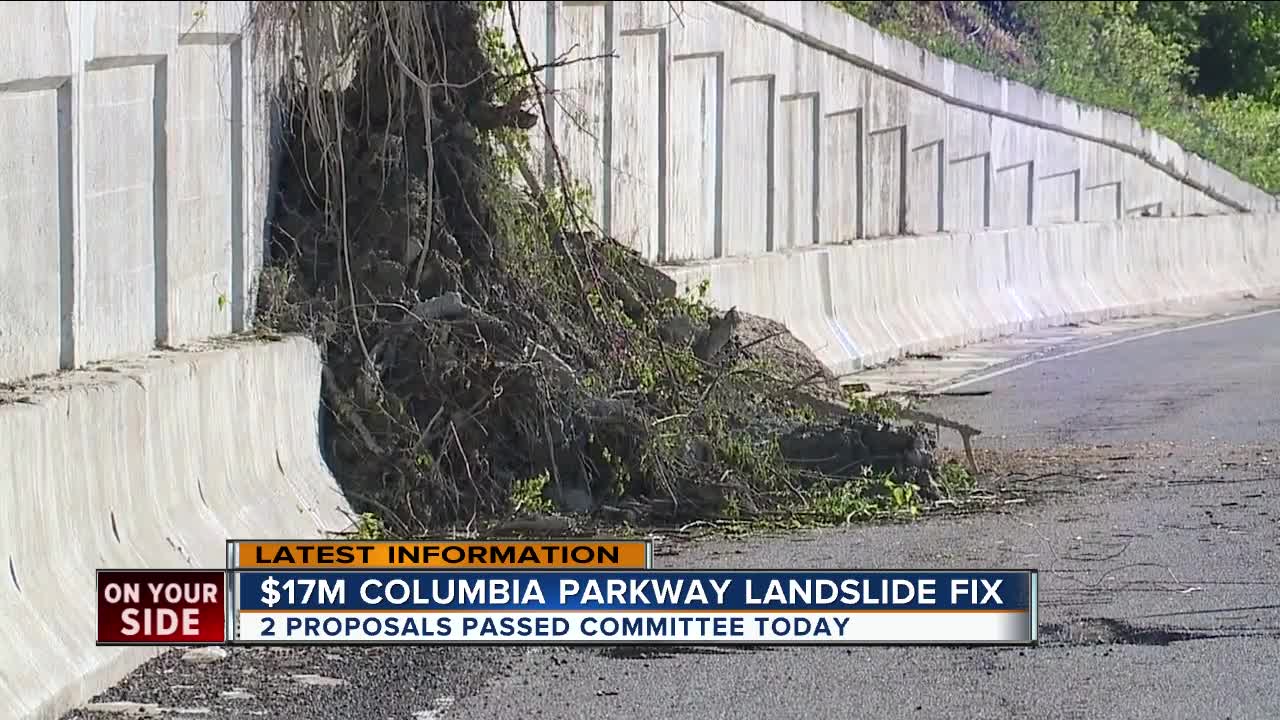 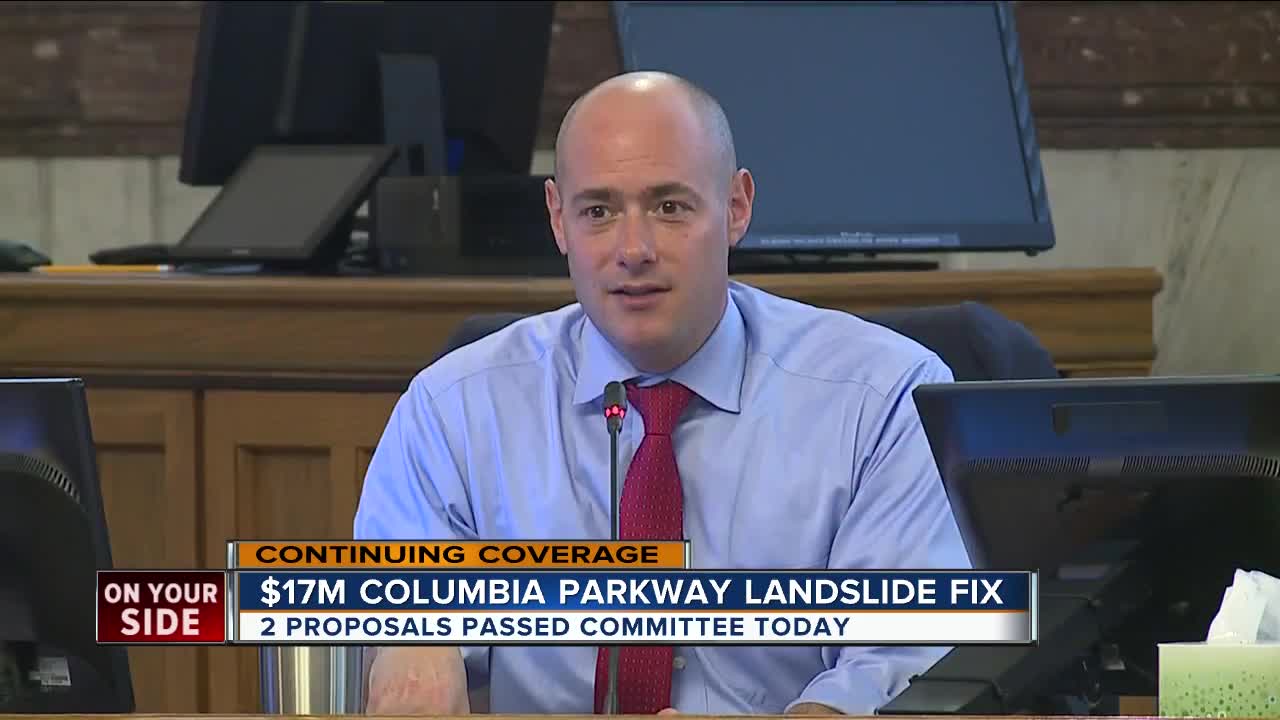 CINCINNATI — A Cincinnati city council meeting Monday addressed the ongoing issue of landslides on Columbia Parkway, and how to fund a fix.

Two proposals were suggested, and city council will vote Wednesday to determine a plan for moving forward.

The price tag for fixing the landslides is hefty, and comes to the tune of $17 million. With the budget already in place, council has struggled to determine where funds should come from, and what can be done.

One thing that everyone can agree on is that the fix is needed, and fast.

"This is a problem that does need to be addressed," said Ron St. Pierre, project engineer with Civil Solutions. "It does present hazards along the drive, and with the parkway always being closed, it's a problem that's really waiting to happen, and better to get to it before any real issues are experienced."

This proposal is not ideal for Fraternal Order of Police Dan Hils.

"I hate to say it, but I could've probably predicted it," said Hils. "The landslides was the final stray that broke the camel's back that we were not going to be headed towards a plan that put us in a permanent facility...It appears to me that now we'll be on Hamilton Avenue for decades. Even though it will be earthquake compliant, it will still be an unsecure parking lot -- it will not be in a facility that was built for or has the safety of a police district."

Another proposal, offered up by Council member David Mann, would take money from future capital budgets, but hold off on doing anything with District 5. This proposal would take $6.2 million from the plan to relocate District 5, but preserve already allocated funding for it.

"There is not time in terms of issues with Columbia Parkway," said Landsman. "Time is up. We need to get it done."

Both proposals passed during Monday's meeting, and council will vote on which proposal will be acted upon Wednesday.