Next Hamilton County commissioner Dumas ready to get to work 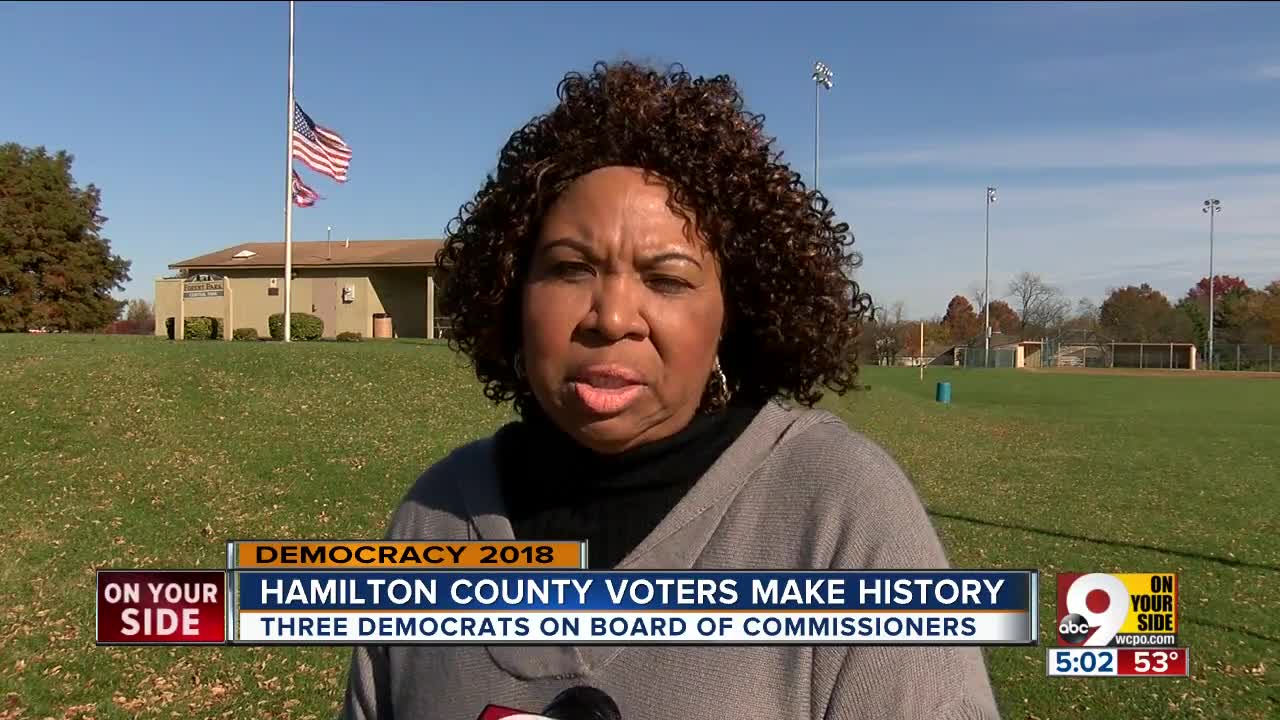 Stephanie Summerow Dumas is ready to roll up her sleeves and get to work. 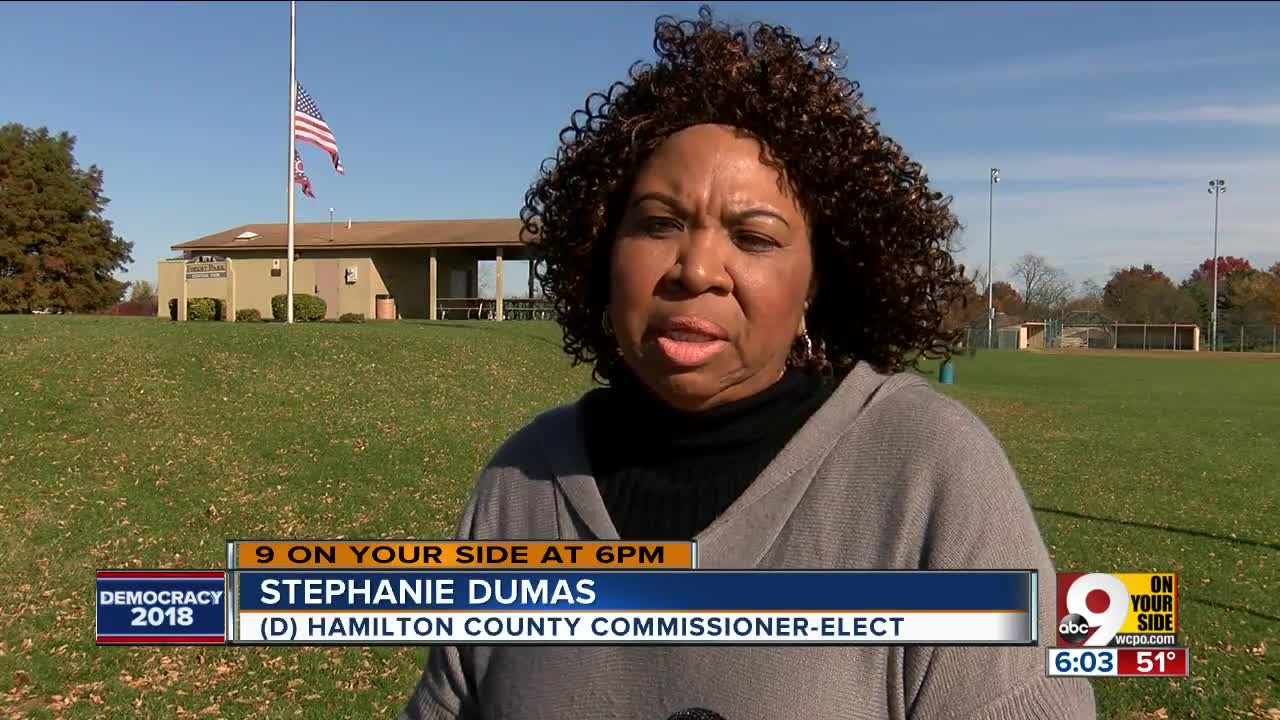 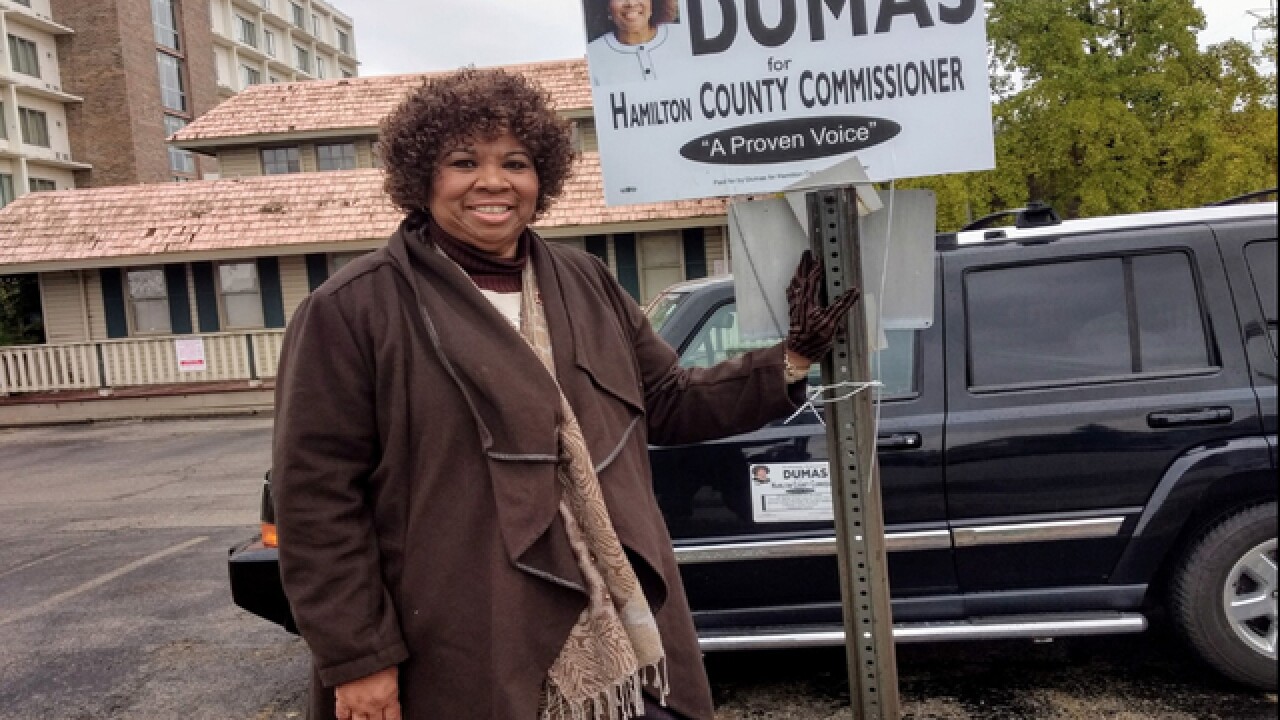 CINCINNATI -- Stephanie Summerow Dumas is ready to roll up her sleeves and get to work.

Dumas said there hasn't been a moment's rest for her since voters elected her the first African-American woman on the Hamilton County Board of Commissioners Tuesday. Her phone has been ringing off the hook and text messages are pouring in.

"I'm humbled," she said. "I'm absolutely humbled by the opportunity to make history. It's too long, but it's happened and I'm happy about it, and I'm blessed."

Dumas will join the commission in January, taking the seat held by Republican Chris Monzel in a surprising election victory. All three commissioners will then be Democrats, two of them women.

Monzel said he gave it his best effort.

"I've won, I've lost," he said. "Definitely would rather be on the winning side than the losing side."

"As a unanimous Hamilton County Commission, we have an opportunity to govern in a way that is responsible and balanced," he said.

Their first order of business is the $29 million budget shortfall. It's at the top of Dumas' list.

"How do we not necessarily balance the budget, but save resources to help to continue our services? Because I hear there may be possible cuts," Dumas said.

Monzel was the lone "no" vote when commissioners wanted to increase the sales tax, and he's concerned about the future.

"Is somebody going to be standing up there and giving alternatives, giving different ideas? Or is it going to be a 3-0 vote that raises taxes?" he said.

Dumas said she doesn't want to raise any taxes.

"That would be a last resort," she said. "But I know that funding is needed."

Other Dumas issues include upgrading transportation and improving conditions for families in poverty.

"Just rolling my sleeves up and being willing to spend time doing what the people have voted me in to do," she said.

"We will continue to push for things we know are smart and strategic for the county, good investments, and I expect all three of us will be on board for that," she said.