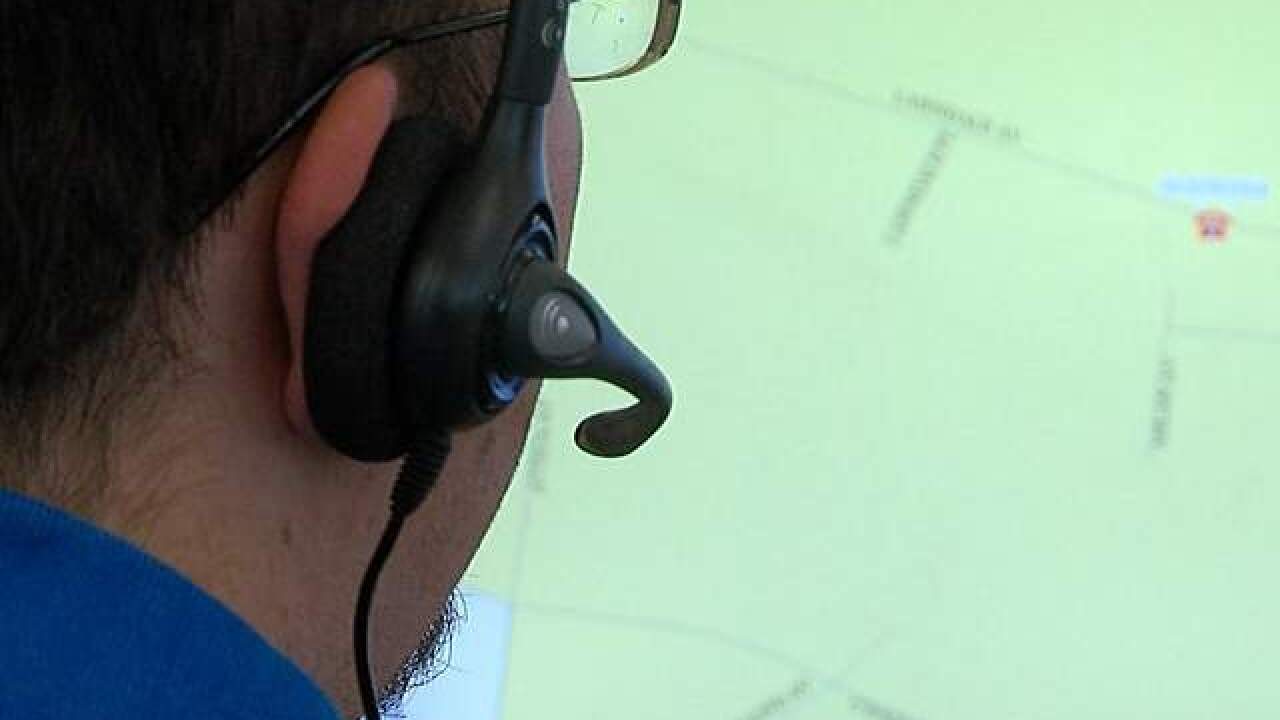 Copyright 2013 Scripps Media, Inc. All rights reserved. This material may not be published, broadcast, rewritten, or redistributed.
<p>File photo of a 911 dispatcher</p>

CINCINNATI -- Managerial incompetence and dysfunction at the city's 911 call center are so serious they're "a threat to members of the public," according to a former employee who abruptly left earlier this month.

That same person, a computer programmer, also claims the center became a "dumping ground" for police sergeants who couldn't cut it in the field.

Those were just some of the allegations in an exit-interview memo Elizabeth Christenson sent to Police Chief Eliot Isaac on Feb. 1. She turned in her resignation notice Jan. 31 and was gone Feb. 9, less than two weeks later.

Christenson also claimed in the same exit interview that City Manager Harry Black shouted at her, then gave her an uncomfortable hug. You can read more about those allegations here.

Dysfunction at the 911 center, a life-or-death operation, is nothing new: The WCPO I-Team first uncovered problems beginning in 2013, including low staffing, inadequate training and, last October, call routing from cellphones that left some calls unanswered.

In August, the city even announced it would drop its subcontractor after more than a year of problems, including a three-hour window when people couldn't hear the audio on incoming and outgoing calls.

But Christenson's memo -- released to the public Wednesday after WCPO requested it from the Cincinnati Police Department -- gives an insider's view of how deep that dysfunction may go: She described "emotional outbursts" from the center's civilian manager, such as "screaming, swearing, and slamming doors;" a double-standard for police personnel; and, ultimately, "critical failures... due to mismanagement" that delay service to residents and threaten state funding.

Christenson said she knew there were "significant management issues" before she took the job. The city has bounced the 911 center from police management to civilians, then back to police again; CPD Capt. Jeff Butler asked her to join the 911 center's IT staff even before the police department formally took it over again, she wrote.

In her memo, Christenson alleged the 911 center's civilian manager, Amity Bishop, "regularly mismanaged the budget" -- like buying computers and servers that were out of date by the time they were installed -- and "regularly sent administrative staff on personal errands" for coffee or to the grocery for some office items.

And then there was the "erratic behavior:" Christenson alleged Bishop poked her in the sides, approached from behind and played with her hair, things that she claims Bishop only did to "other younger female employees."

Another problem, according to Christenson, is that the police department assigns sergeants to the 911 center because they're "not succeeding elsewhere, light duty, in a lawsuit, etc.

"These persons are NOT trained as an emergency communications supervisor and are not held to the same standards by management, frequently seeming to receive preferential treatment," she wrote.

That's led to low morale among the civilian staff, Christenson alleged, with many of them looking for a new job.

We reached out Wednesday night to Lt. Steve Saunders, Sgt. Eric Franz and Tiffaney Hardy with the police department for comment about those allegations.

Christenson also felt the carpet was pulled from under her when City Manager Harry Black abruptly reassigned Butler out of the 911 center in January 2017 -- about three weeks before a computer-aided dispatch system was set to "go live."

Under Butler, "morale was high and productivity and accountability for all was improving," she wrote.

To her, his transfer "felt like retaliation" after a very public scolding from Black and "forced the entire (911 center) IT team to work out of class and bypass the new manager, who had no experience in IT or emergency communications."

"I became the de facto communications manager," she wrote.

For his part, Butler has a pending federal lawsuit against the city, top administrators and Mayor John Cranley. He claims Black and Assistant City Manager Sheila Hill-Christian retaliated against him for questioning how the city spent 911 fees and grant dollars. He also alleges the city and Cranley engaged in a smear campaign against him.

In a meeting about Butler's transfer, Christenson claimed Hill-Christian was surprised by the complaints about Bishop -- months after she and others filed a written complaint. That "seems to be additional evidence that full investigation into our complaint about Ms. Bishop was never conducted or completed."

According to Christenson, Bishop was transferred not long after after that meeting, but the sources of the problems were not fixed.

"Many of those root issues remain today," she wrote.

New police leaders transferred to the center lack the technical skills they need, Christenson's memo says, some of them having "absolutely zero experience" in emergency communications and IT.

"It seems clear the City was not correcting the problem, but simply shuffling bodies," she wrote.

In a memo he sent to Cranley and City Council on Wednesday afternoon, Black alleged the 911 center "bordered on dysfunctional" in December 2016. That wasn't long before he transferred Butler, he said -- and not everyone agreed with the changes he made.

"However, the decisions made have never been about specific individuals, they are made on behalf of the greater good of our citizens," his memo said.

Black also claimed he didn't know until Feb. 15 about any of the employee issues Christenson detailed in her exit interview.

Black declined to comment beyond what was in his memo.