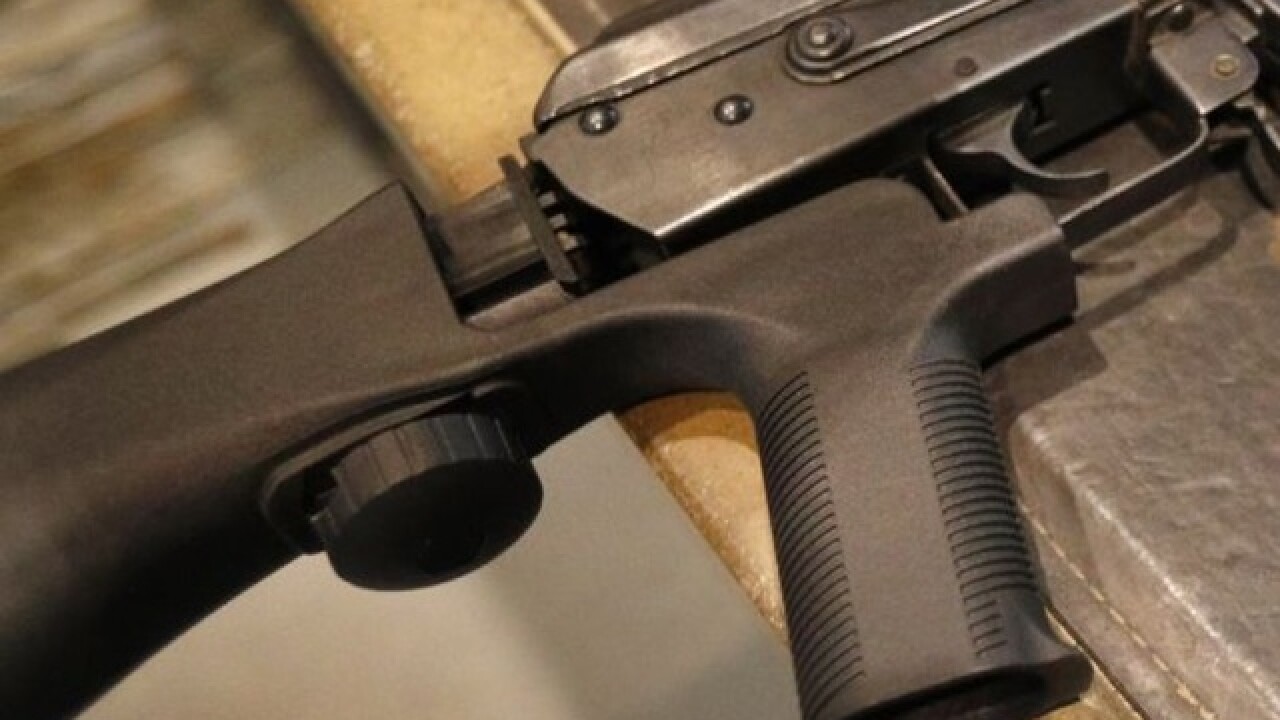 Image copyright 2018 Getty Images. All rights reserved. This material may not be published, broadcast, rewritten, or redistributed.
Photo by George Frey/Getty Images
<p>OREM, UT - FEBRUARY 21: A bump stock is installed on an AK-47 with a 30 round magazine at Good Guys Gun and Range on February 21, 2018 in Orem, Utah. The bump stock is a device when installed allows a semi-automatic to fire at a rapid rate much like a fully automatic gun.</p>

CINCINNATI -- A judge ruled earlier this month that Columbus' citywide ban on bump stocks is unconstitutional.

If that holds, Cincinnati's ban could be next to fall -- though its main sponsor says he thinks that's unlikely and a ways off.

We could get a hint Tuesday morning, when a hearing is scheduled in a Hamilton County courtroom.

In the Columbus case, Franklin County Court of Common Pleas Judge David Cain handed down his ruling July 12, according to WBNS . Ohioans for Concealed Carry and the Buckeye Firearms Foundation sued after the Columbus City Council passed its ban in May.

"This victory is not a surprise, but it should be a warning to other cities in Ohio," Dean Rieck, executive director of Buckeye Firearms Association, said in a written statement.

"It's unfortunate that we must sue cities to force them to obey state law. But we simply cannot stand by and allow activist city councils to break the law and violate the rights of Ohio's 4 million gun owners."

Cincinnati's bump-stock ban was the first in Ohio, passing the City Council in early May on a 7-2 vote. The devices, which can allow a semi-automatic firearm to be fired at nearly the rate of a fully automatic weapon, came under national scrutiny when a shooter in Las Vegas used them in a massacre that left nearly 60 people dead and hundreds of others injured.

"No city should tacitly condone a device which is specifically intended to maximize carnage," said Councilman P.G. Sittenfeld, who introduced the legislation.

While the council moved ahead with the ban, Cincinnati City Solicitor Paula Boggs Muething urged caution: She said if the city were to lose in court, it could cost the city taxpayer dollars.

The Ohio Supreme Court has not yet considered that difference, she wrote.

Sittenfeld argued Cincinnati's law is on "solid legal ground" and claimed the lawsuits against Cincinnati and Columbus were "wasting taxpayer resources."

"Also, seriously, why in the world does anyone need a bump stock?" Sittenfeld said in a statement. "These NRA lobbyists cannot answer that very simple question."