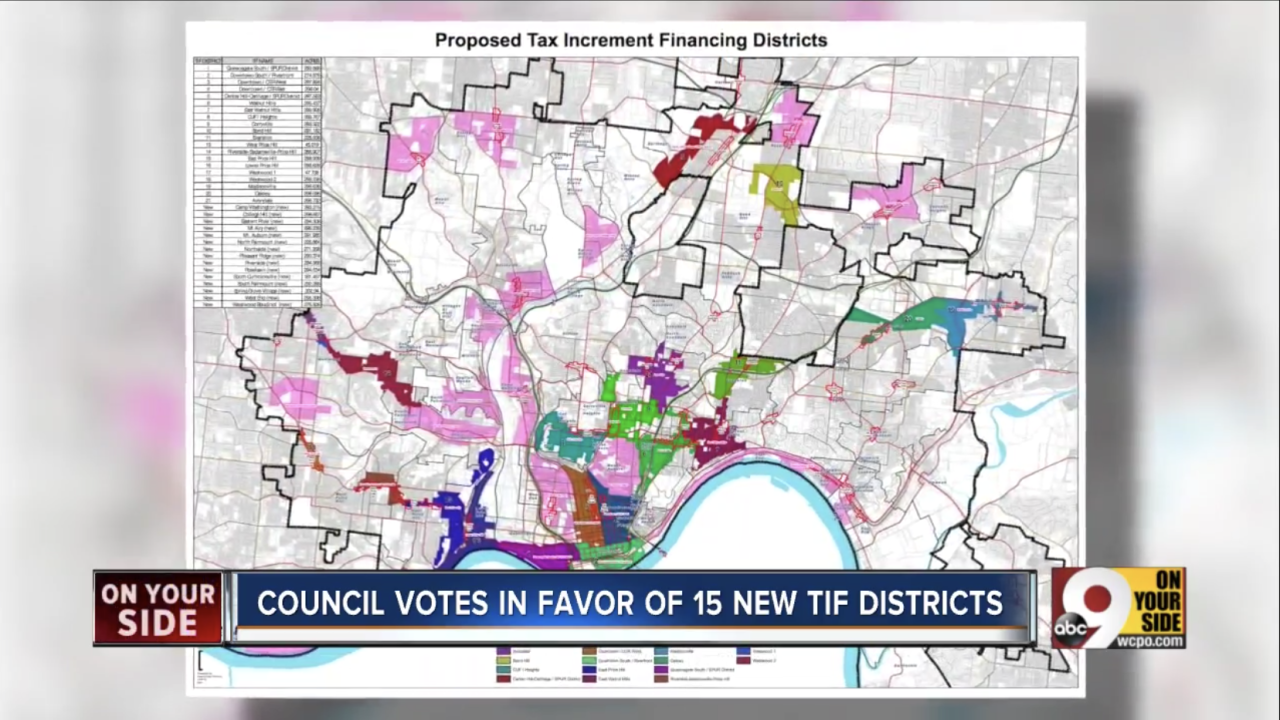 TIF stands for tax increment financing, and it's an economic tool that helps fund development in low-income areas. In a TIF district, the current property tax is frozen and anything above a set amount is set into a separate "TIF" fund, which is then used for housing and infrastructure projects.

Tamaya Denard was the only council member to vote against the proposal, while council member Jeff Pastor was not in attendance for the vote. Denard only voted in favor of the West End TIF district.

An hour and a half of public comment preceded the vote, however, signaling a split community as residents fought to understand the program and what it intends to accomplish. Advocates believe the districts are crucial for providing funding for safety measures like sidewalks lacking in areas where children walk to school every day.

"About a fourth of the kids who go to our school have to walk in the middle of the street just to get to school," said Traicoff.

Those who oppose the districts believe the vote was rushed, with a lack of transparency to the public on what these districts mean and how they could affect neighborhoods or infrastructure like schools.

"There are discrepancies for that reason alone we need to slow this down. We need a full audit and if the city won’t do it, we need the state to step in," said Michelle Dillingham, with the Cincinnati Educational Justice Coalition.

Dillingham said her organization has filed a formal complaint with the state auditor's office asking it to investigate the city's current TIF districts, and discrepancies, they say, between what's listed online and what the neighborhoods believe are actually in the funds.