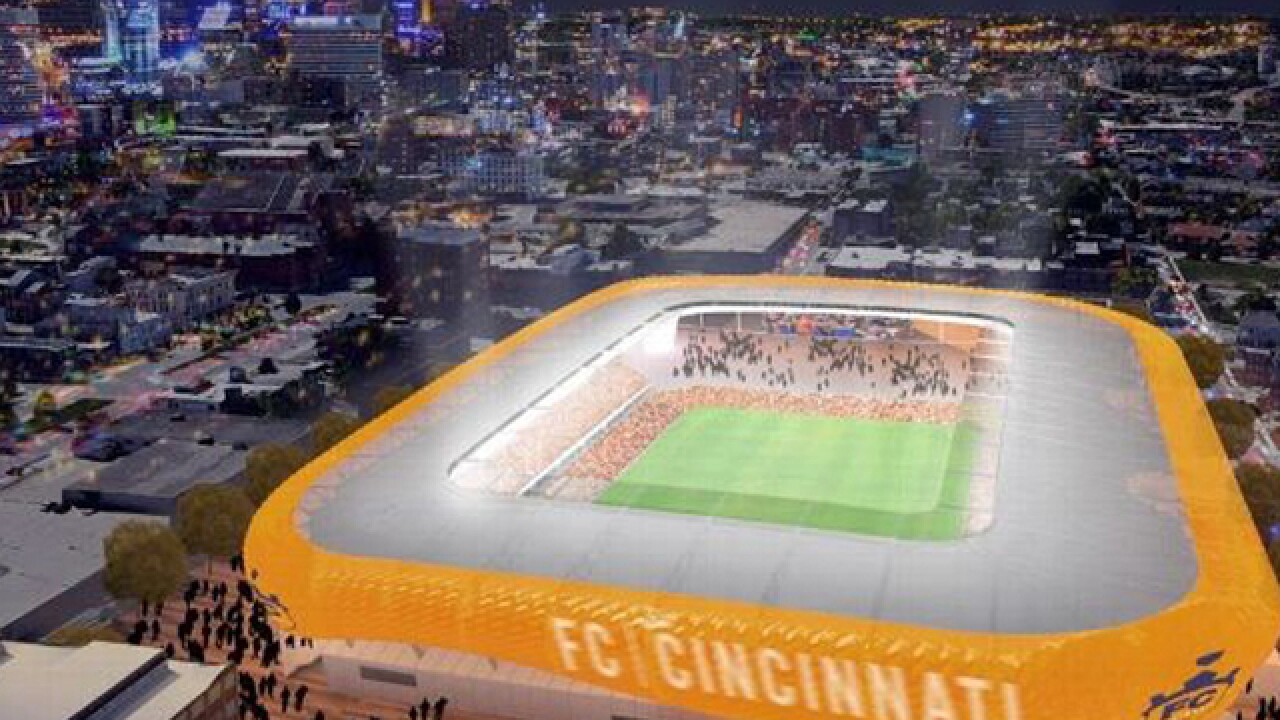 Gentrification has been a major concern as FC Cincinnati works to redevelop part of the predominantly black, low-income community. Neighborhood leaders and politicians say they want a community benefits agreement to allay those fears.

Some claimed the flyers, from the Cincinnati Police Department, were a way for FC Cincinnati to get land on the cheap. In a Facebook post, the department said that's just not true.

"The only team the Cincinnati Police Department roots for is our residents!" the department said.

The flyers -- handed out in conjunction with the federal Bureau of Alcohol, Tobacco, Firearms and Explosives -- say there have been an "excessive" number of shootings and gunshots in the neighborhood.

Under "recent West End arrest," the flyers describe a fatal shooting that happened in the city's South Cumminsville neighborhood in May 2015. Police said the suspect, arrested about six months later, was among several rap artists they blamed for much of that summer's violence. The group's focal area was the West End, according to prior reports.

The flyers also come with a warning that suspects could face federal prosecution.

Cincinnati police say they've passed out similar flyers in Avondale and Over-the-Rhine, hoping to get more help from neighbors there.