US House rivals in Ohio deadlocked, but regrouping for fall 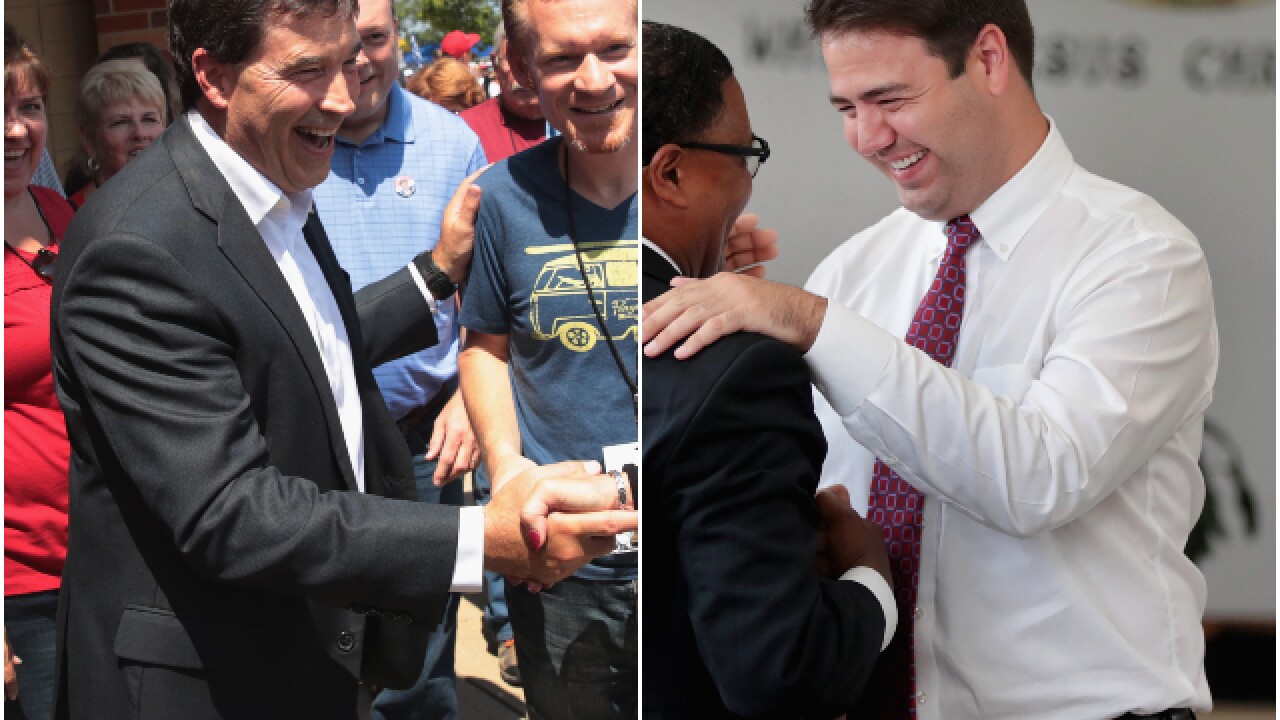 COLUMBUS, Ohio (AP) — It's rare that two candidates for a coveted open congressional seat get a do-over.

But for campaigns, party strategists and outside groups, that's what back-to-back contests for central Ohio's sprawling 12th District seem to make possible.

The race for former Republican U.S. Rep. Pat Tiberi's unexpired term ended in a deadlock — a frustration Republicans hope to learn from and a thrill out-of-power Democrats hope to exploit.

Republican state Sen. Troy Balderson, of Zanesville, leads Democrat Danny O'Connor, the Franklin County recorder, in unofficial results from the Aug. 7 special election. Given they're separated by less than a percentage point and thousands of votes are outstanding, The Associated Press has not called the race.

"People are coming up to Danny and saying congratulations," said O'Connor campaign manager Annie Ellison. "People are really excited that a small scrappy team and dedicated volunteers with a good message did so well against everything the Republicans could throw at us, including the president and vice president of the United States and millions and millions of dollars."

Based on historical trends, Ohio election observers predict a Balderson victory in the special election. That would allow the two-term state lawmaker to run as an incumbent when he and O'Connor face off again for a full, two-year House term this fall.

"The most important takeaway is that a win is a win," said Mandi Merritt, the Republican National Committee's spokesperson for Ohio. "Despite all of the hype about a 'blue wave,' Republicans have won nearly every high-profile special election this cycle."

She said the "moral victories" Democrats have sought to claim in Ohio 12 and seven special elections they've lost this cycle "don't win back House majorities."

Republicans say turnout in a quirky mid-summer special election — held amid summer pool, vacation and back-to-school season — shouldn't be viewed as a predictor of how voters will act in this fall's high-stakes midterm elections.

But they certainly will be looking hard at the August results, given Democrats closed a nearly 11-point victory by Trump in 2016 to a margin of less than 2,000 votes.

This spring, the Democratic Congressional Campaign Committee named Ohio's 12th District as one of six held by Republicans in Ohio that the party believes are winnable amid popular disaffection with the president.

Joyce, of Geauga County in northeast Ohio, is airing ads aimed at distancing himself from Trump — even as the state Republican Party announced Wednesday that the president will headline its state dinner later this month. Joyce tells viewers in the spots that he'll "do what's right" for constituents "even if it means standing up to my own party."

Merritt said Republicans have outraised Democrats and plan a rigorous campaign to elect Balderson and to remind loyal Republicans to "defy history" by not allowing the out-of-power party to regain control at mid-term.