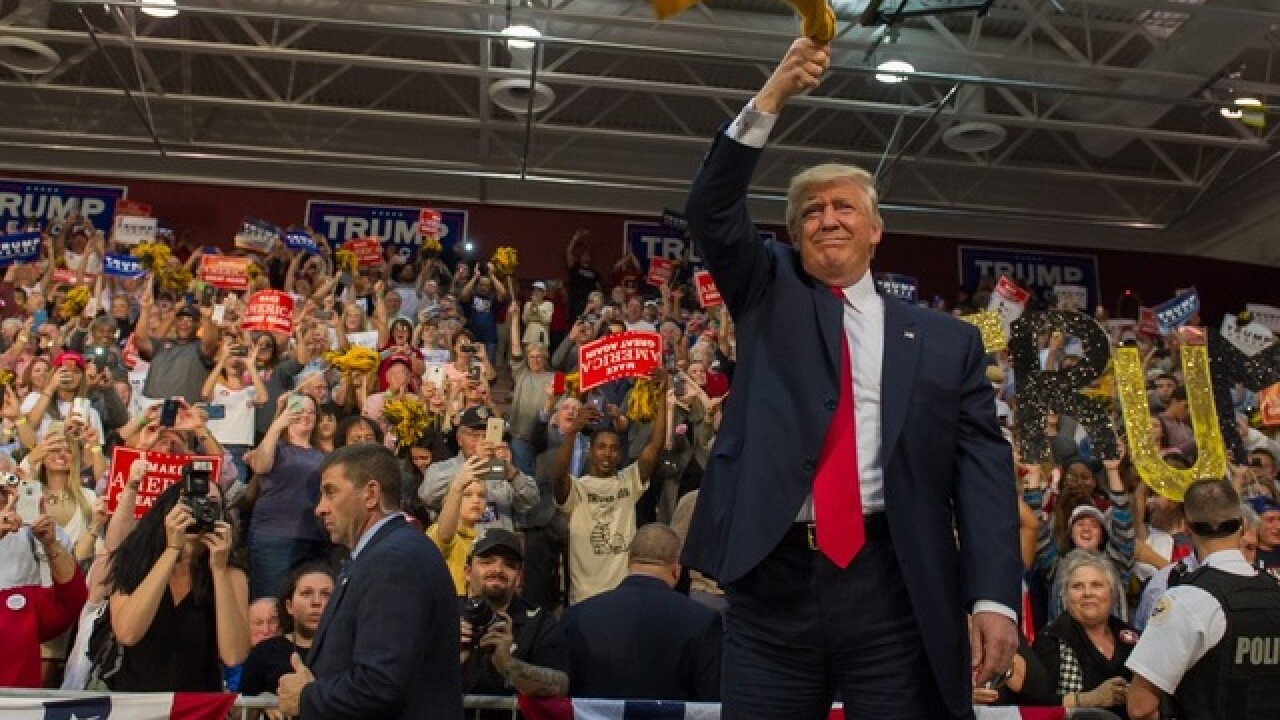 Jeff Swensen/Getty Images
<p>ABRIDGE, PA - OCTOBER 10: Republican candidate for President Donald J Trump waves a Terrible Towel to supporters at a rally at Ambridge Area Senior High School on October 10, 2016 in Ambridge, Pennsylvania. Ambridge, Pennsylvania, named after the American Bridge Company, a steel fabricating plant that employed 60,000 workers is a traditionally Democratic stronghold, but is shifting Republican as a shrinking tax base and lost jobs having devastating economic effects on the former industrial community.</p>

CINCINNATI -- Dear Donald: This is no way to win fans in the Tri-State.

Of course, maybe it's a sign he thinks Pennsylvania matters more?

That towel doesn't hold a lot of fond memories for Bengals fans, Donald.

He also said Steelers quarterback Ben Roethlisberger (who also played at Miami University) is "a friend," the Washington Post reports.

"We love Big Ben," Trump told his audience Monday. "Big Ben is a friend of mine."

He told a story about a golf outing with Roethlisberger, saying the burly quarterback hit a shot that went right into "a massive tree."

"The ball hit the tree so hard, I swear, I said, 'Ben, within two years that tree is going to be dead,'" Trump continued. "And you know what? Two years later … that tree was dead. He is a strong guy, and a good guy, too. Big Ben."

RELATED:  Why Ohio is leaving Trump for Clinton

Many online commenters pointed to the awkward timing of Trump's praise: Roethlisberger has twice been involved in legal proceedings cases concerning rape accusations.

And, of course, Trump's been dogged by lewd comments he made about women in 2005; leaked video footage reveals he made boasts amounting to sexual assault. Trump has since apologized for the comments and denied doing the things he said he did.

Trump is holding his first Cincinnati campaign rally Thursday, at U.S. Bank Arena. We hope he'll sport some orange and black when he's there.