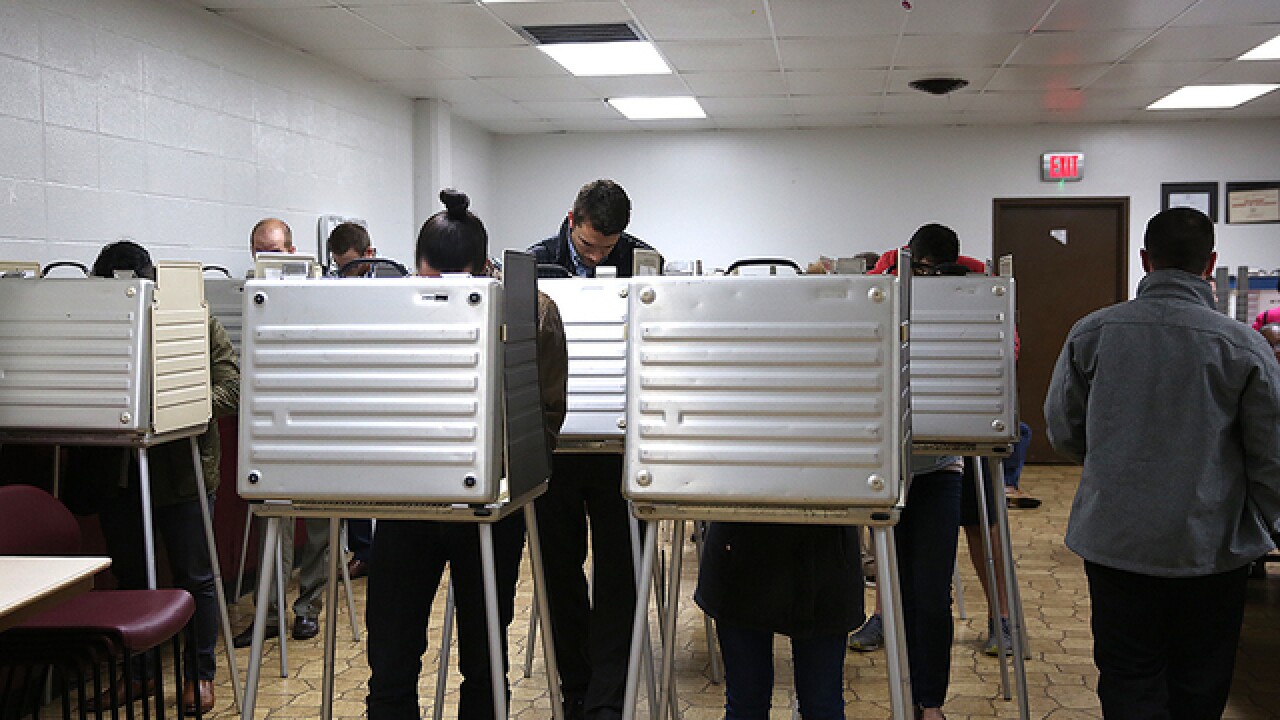 Copyright 2017 Scripps Media, Inc. All rights reserved. This material may not be published, broadcast, rewritten, or redistributed.
File photo by Leigh Taylor

A statement from the office says unofficial results show that nearly 20% of registered voters cast ballots in Tuesday's primary to choose nominees in the governor's race and other statewide offices. Voter turnout had been projected at 12.5%.

Kentucky Republican Gov. Matt Bevin fended off a strong primary challenge, setting up a long-anticipated showdown in the November general election with arch-nemesis Andy Beshear, who won the Democratic primary. The two have fought in courtrooms over education and pension policies.

The State Board of Elections meets June 4 to certify vote totals.