The key Ohio statewide races on May 8 primary ballot 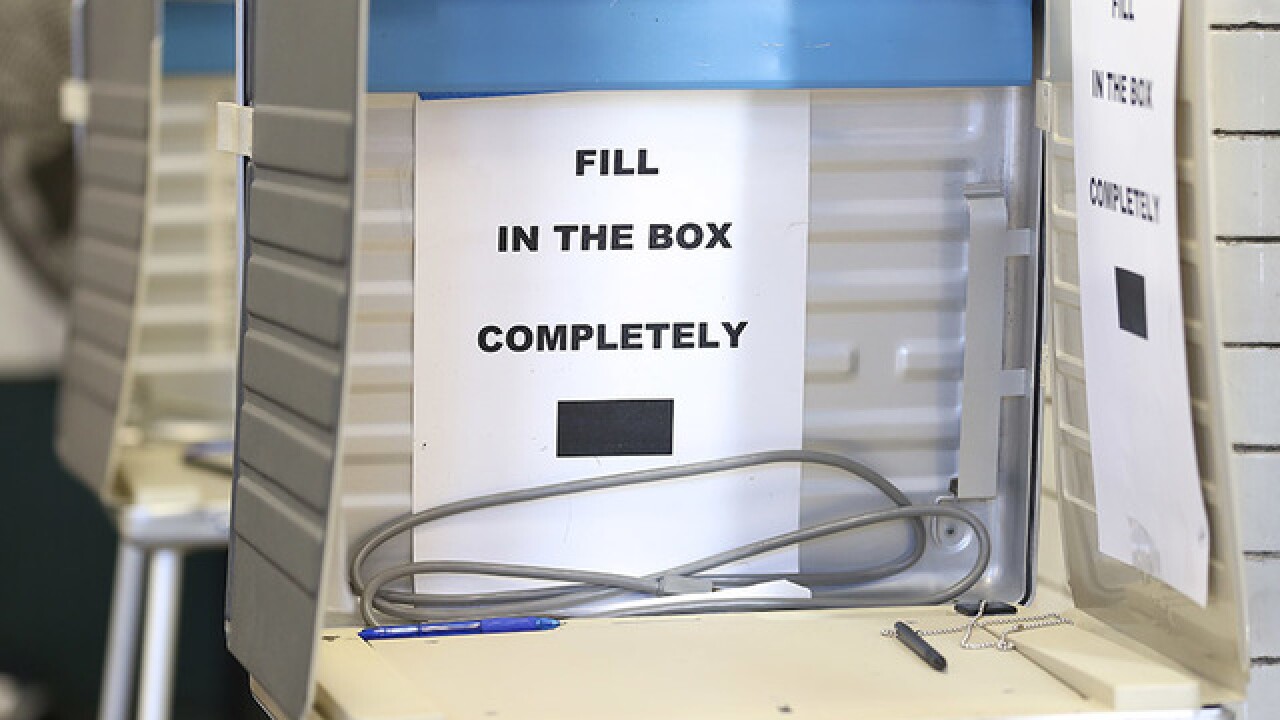 COLUMBUS, Ohio -- Ohioans choose nominees for U.S. Senate, governor and other statewide offices in May, as well as deciding whether to approve changes to congressional map-making supported by both parties.

A look at some of the key races:

Ohioans are witnessing one of the strangest, most raucous and most unpredictable governor's races in recent memory.

On the Republican side, Attorney General Mike DeWine and Lt. Gov. Mary Taylor have reported nearly $10 million in combined spending since December in their bitter war of words.

DeWine, a former U.S. senator and lieutenant governor, has refused to debate. That's left Taylor, a former legislator and state auditor, to fling barbs on social media and television. She calls "DC DeWine" as liberal as Hillary Clinton and Barack Obama. DeWine calls Taylor a "phony conservative" who's unqualified for the job.

On the Democratic side, former U.S. Rep. Dennis Kucinich has capitalized on his strong gun-control positions to bring himself neck-and-neck with former consumer watchdog Richard Cordray, who supports gun rights.

Kucinich's campaign has been sidetracked, however, over his relationship to Syrian President Bashar Assad. He returned $20,000 in speaking fees from a group sympathetic to Assad, whose chemical weapons stores were recently attacked by the U.S. and its allies.

Kucinich says the speech was about finding a solution to the conflict in Syria.

Renacci faces Cleveland businessman Mike Gibbons and three others in the GOP primary, with the winner taking on incumbent Democratic Sen. Sherrod Brown this fall.

Trump, who handily won Ohio in 2016, tweeted his support for Renacci on Tuesday. He commended Renacci's work on tax cuts, immigration, the border and crime, saying, "I need Jim very badly to help our agenda."

Gibbons, endorsed by Citizens for Trump, has positioned himself against Renacci as a "conservative outsider" who will shake up Washington.

Issue 1 on statewide ballots is a constitutional amendment with bipartisan support that would restructure Ohio's process for drawing congressional maps.

The proposal on May 8 ballots is aimed at curbing gerrymandering, the partisan manipulation of political boundaries that's seen as a cause of partisanship, gridlock and incivility in Washington.

Ohio lawmakers voted Feb. 6 to send the new process to the ballot. It would limit how counties are split into multiple districts and require more support from the minority party to put a 10-year map in place.

If lawmakers couldn't agree, an existing bipartisan commission would take over. If that failed, the majority party could pass a shorter-term map.

The Secretary of State's Office has posted a video explaining the proposal in more detail.

Groups has wide-ranging as the Ohio Chamber of Commerce, Ohio AFL-CIO, NAACP Ohio chapter and the Ohio Farm Bureau are supporting the measure. The ACLU of Ohio is neither supporting nor opposing the issue, which it says "does not provide comprehensive reform and could open the door for future partisan manipulation."