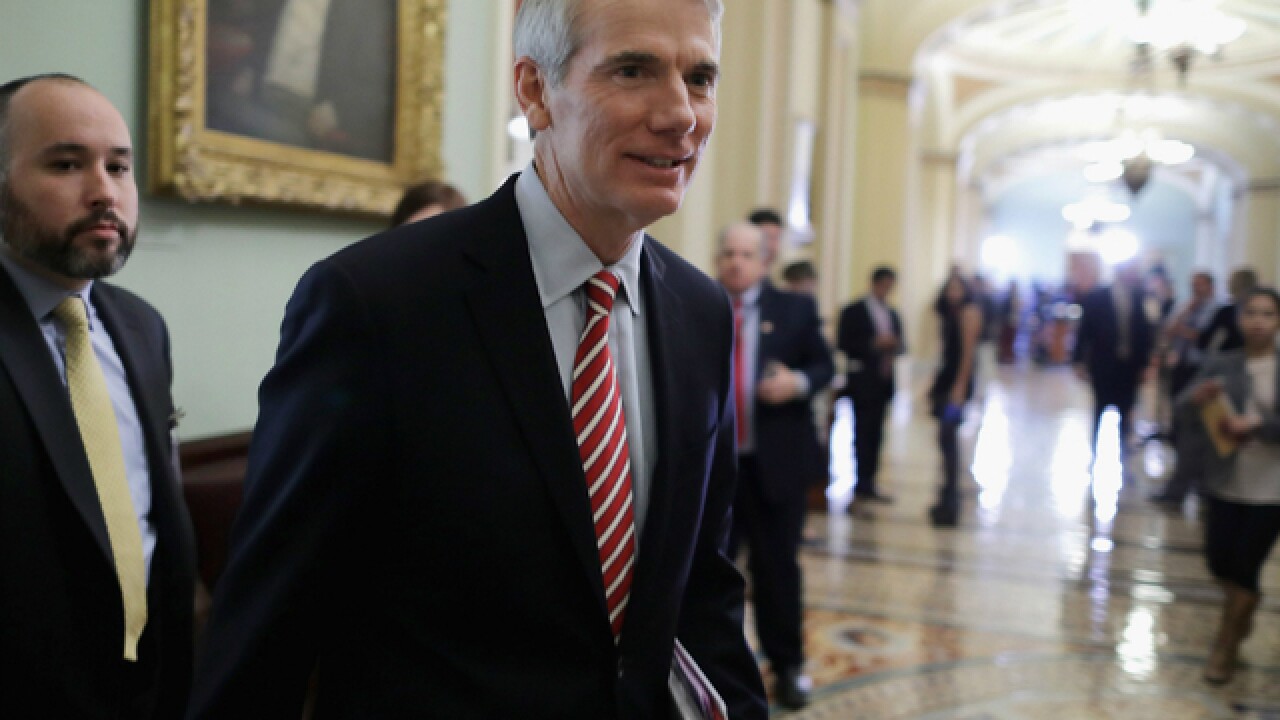 Portman ran a savvy and well-funded campaign that kept Strickland on the defensive and kept Republican presidential nominee Donald Trump at a distance leading up to Tuesday's election.

For many people working inside the campaign, the victory wasn't a surprise.

"We just sprinted to the finish line. We didn't look at the polls, and we trusted in the hard work of Sen. Portman," Gerard Basalla, an intern with the Portman campaign, said.

Since early September, Portman had built a 10 point polling lead according to Real Clear Politics, and had expanded that lead to 18 points among likely voters the day before the election.

Strickland has blamed his trailing in the polls on the over $31 million spent on negative advertising against him by super PACs and outside groups, with most of the donors of the super PACs being anonymous.

Strickland did have a chance early on in the race; polls back in April showed the race virtually tied, with some polls showing a small lead for Strickland.

Portman also had a large funding advantage over Strickland both in fundraising and outside super PAC money contributed to the senate race. Portman raised close to $25 million (compared to a little over $10 million by Strickland) according to the non-partisan research group Center for Responsive Politics.

But Blair Carter, an intern with the Portman campaign, doesn't see the super PAC as Portman's primary engine: "It is plausible, but the real reason why we won was because of the fact that we reached out to millions of voters in Ohio."

Portman didn't campaign with Trump and withdrew his endorsement of him when a 2005 tape of Trump making lewd comments about kissing and groping women surfaced weeks ago.