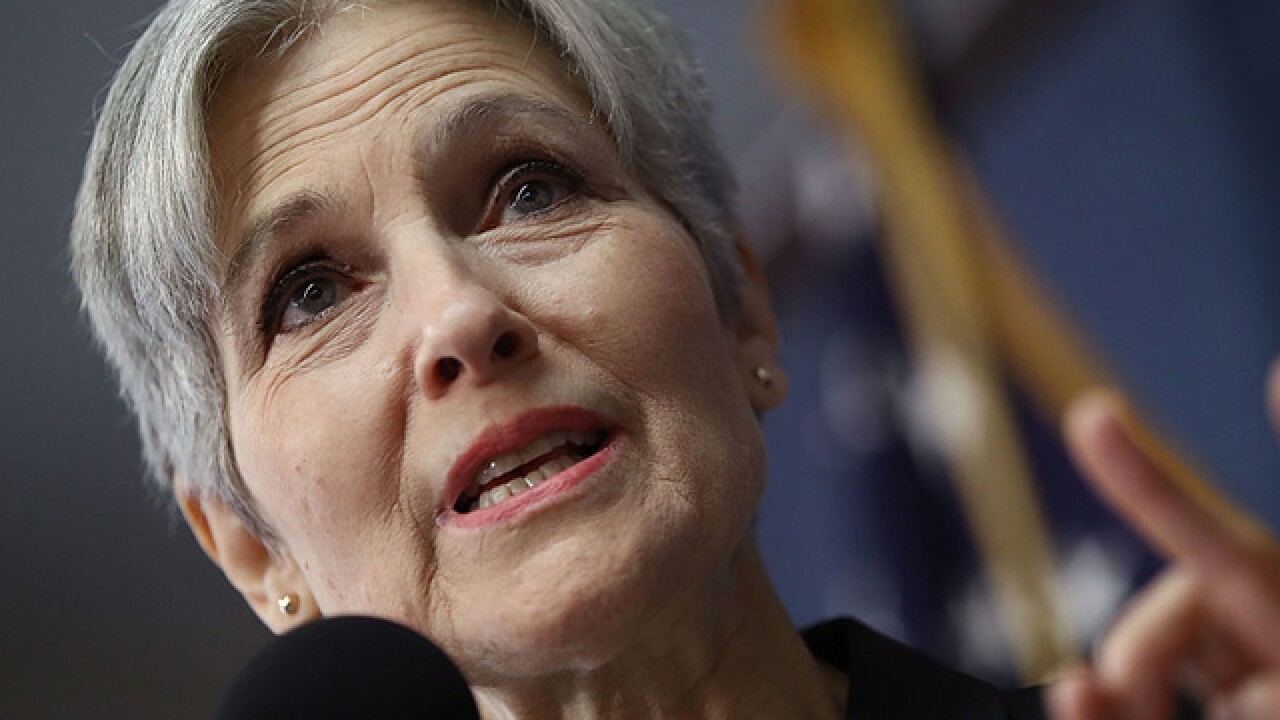 Copyright Getty Images
Win McNamee
<p>WASHINGTON, DC - AUGUST 23: Green Party presidential nominee Jill Stein answers questions during a press conference at the National Press Club August 23, 2016 in Washington, DC. Stein discussed her candidacy and her attempts to be included in the presidential debates sponsored by the Commission on Presidential Debates during her remarks. (Photo by Win McNamee/Getty Images)</p>

Stein, Gadell-Newton and running mate Brett Joseph will appear with other Green Party candidates at stops in Kent and Columbus on Tuesday, Cincinnati and Toledo on Wednesday and the Toledo suburb of Sylvania on Thursday.